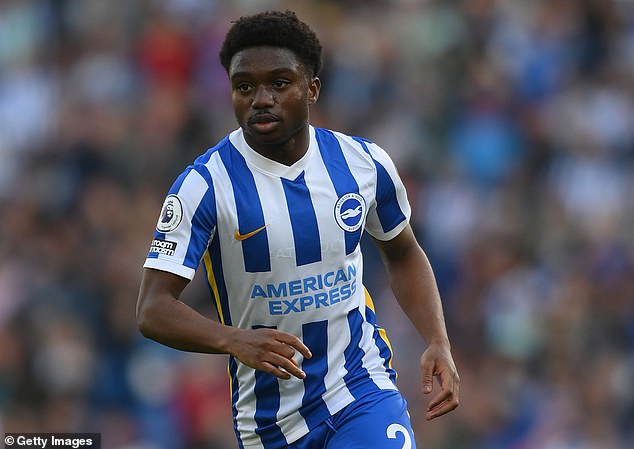 The London-born right-back featured from U18 to U21 level in the past for the Three Lions but has now switched his allegiance to the Black Stars – who he qualifies to play for through his parents.

Lamptey – who has been linked with the likes of Tottenham and Arsenal in recent months – has just enjoyed a solid season with the Seagulls after they secured a top half Premier League finish, and his presence will be key for the team ahead of the World Cup in Qatar next year. 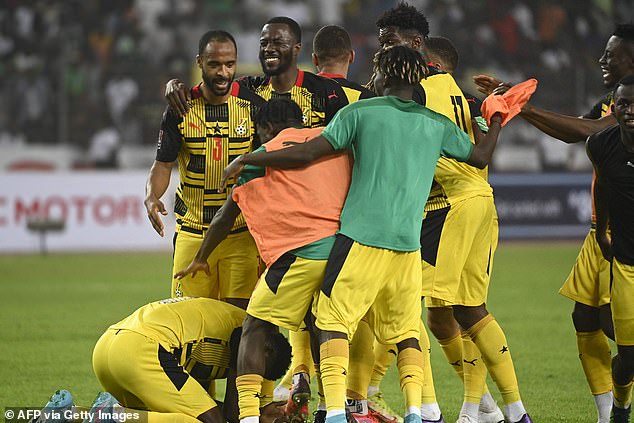 ‘We have always maintained that we will not limit ourselves to only a small group of players but would scout top talents across the globe who are ready to sacrifice for the nation and take us to the next level.’

Lamptey’s father Ahmed had a major influence in arranging for the player to switch international sides, the Athletic claim, while former Brighton boss Chris Hughton – who is now the country’s technical advisor – also played a key role. 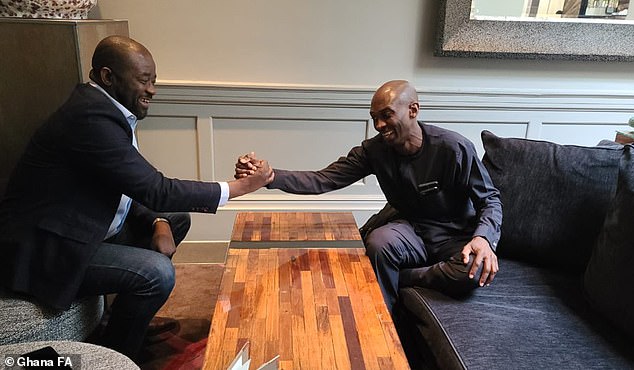 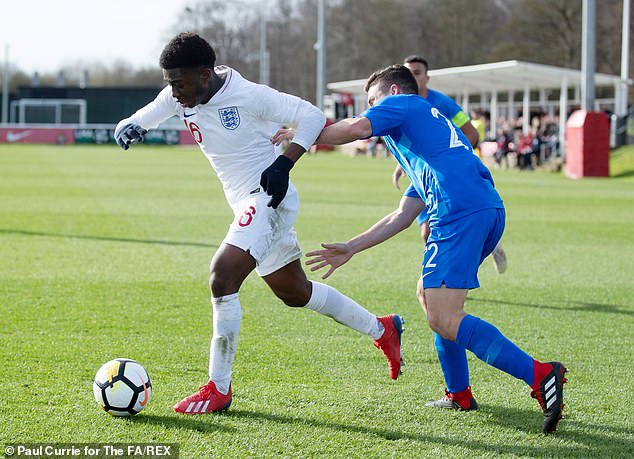 In May, Lamptey asked to be left out of England U21’s European Championship qualifiers against Czech Republic, Albania, Kosovo and Slovenia. Boss Lee Carsley said at the time that the team would respect his wishes but reiterated that he was an important player for them.

‘There’s an issue over his dual nationality,’ he said. ‘He’s had an approach. It’s something he’s considering at the minute.

‘He’s asked to be left out of the squad for a bit of head space. He’s not switched, it’s not cemented or anything like that.

‘But he’s had an approach (from Ghana), we have to respect that. We’ve made it clear how important we see him to us. I know the seniors have as well.

‘It’s not something that we’ve given up on. Tariq is fully aware of how important we see him.’

England has a wealth of talent at right-back, including Liverpool’s Trent Alexander-Arnold (left) and Chelsea’s Reece James (right) among many others

Lamptey – who started his career at Chelsea – played 32 times last season for the Seagulls, providing two assists. He has made a total of 51 outings since joining the club on a permanent deal from Chelsea in 2019.

His decision comes at a time when England’s senior team are already blessed with a number of options in his position at right-back: Alexander Trent-Arnold, Kyle Walker, Kieran Trippier, Reece James, Aaron Wan-Bissaka, James Justin and Kyle-Walker-Peters.

Switching allegiances away from England has become of a common theme of late, with Wilfried Zaha’s switch to Ivory Coast a famous example, but more recently they have lost Bayern Munich’s Jamal Musiala to Germany.

Players can switch as long as they have played three senior appearances or fewer, and those appearances came before they were 21 – therefore the likes of Marc Guehi and Callum Hudson-Odoi could still switch allegiances.

Reports have suggested that Hudson-Odoi and Arsenal’s Eddie Nketiah are also set to give up on their England chances and switch allegiances to Ghana.