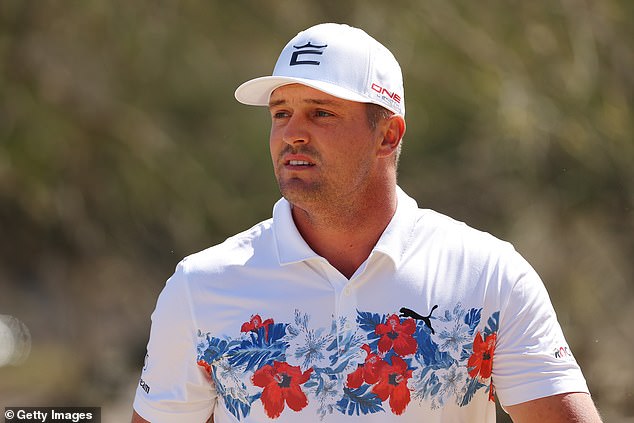 After six weeks on the sidelines with a worrying hand injury, Bryson DeChambeau’s comeback began on Wednesday with a drive that sailed miles off line and finished in the middle…of a first-aid tent.

Naturally, lovers of mischief were in their element but not DeChambeau seemingly, as he marched unsmilingly behind a desk to retrieve his ball. It did not get any better over the next few holes either, in his much-anticipated opening round-robin match against Richard Bland in the WGC-Match Play Championship in Austin, Texas.

After taking a free drop, the 28-year-old American duffed his next one and then shanked his approach to the second. At the third, he three-putted from no distance at all. Three down, therefore, after three?

Not a bit of it. Bland, knowing a good week would earn him a Masters debut at the age of 49, also found it difficult early on to live up to the billing.

Just 20ft away in two at the first, he left his first putt 6ft short and the next one for par did not even touch the hole, let alone fall below ground. At the third, perhaps the straightest driver on the DP World Tour hooked his tee shot horribly into a penalty area. 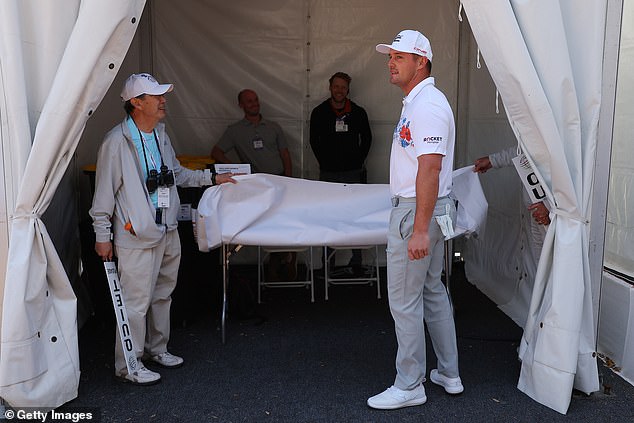 So the ugliness continued, with both players rather thankful that the only man they had to beat was the one standing opposite them. If it had been a strokeplay tournament, they would already have been worrying about making it to the final two rounds, let alone loftier goals.

‘Holy smokes!’ cried DeChambeau, as yet another blow went awry. One man afflicted by rust and the other by nerves did not make for pretty viewing but when the ninth was shared in birdies to leave DeChambeau one up, it did at least offer the hope the back nine would be less scrappy. Bland then won the 10th with the 11th halved, so it was close, if nothing else.

Another man with Georgia at the back of his mind was Ian Poulter, up against Scottie Scheffler, twice a winner this year and a man who defeated him comfortably on his way to making the final last year. 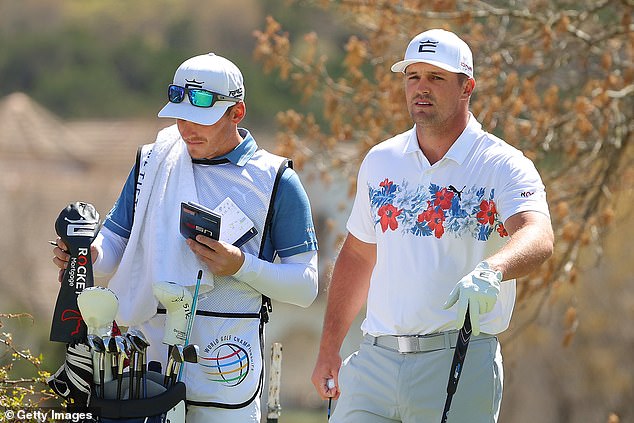 It looked like it might be a similar dusting with the American two up early on but Poulter fought back in characteristic fashion in a topsy-turvy affair. Scheffler edged one up with a birdie at the 15th and sealed a 2&1 victory at the 17th. In the same group, Matt Fitzpatrick was two up on Tommy Fleetwood with two holes to go.

There were wins for world No 2 Collin Morikawa over Scot Bob MacIntyre, while Aussie Adam Scot beat his long-time friendly rival Justin Rose, despite the Englishman holing a 90-yard shot from a drop area for the most unlikeliest of pars at the 17th to extend the match. In the same group, local boy Jordan Spieth beat fellow American Keegan Bradley.

Paul Casey, third in the Players Championship 10 days ago, had to concede against Canadian Corey Conners after suffering a back spasm.