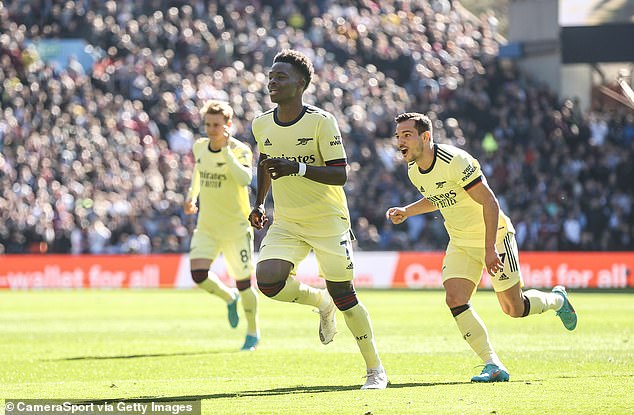 Mikel Arteta confirmed Bukayo Saka has recovered and returned to the Arsenal fold after being ruled out of England’s friendly double header due to Covid.

Winger Saka was forced to withdraw from Gareth Southgate’s squad for the Wembley games against Switzerland and Ivory Coast after falling ill at the start of the international break.

Ahead of Arsenal’s trip to Crystal Palace on Monday, Arteta said: ‘Bukayo is feeling good he is training today hopefully he is still feeling as he was yesterday.’

Goalkeeper Aaron Ramsdale also dropped out of the England squad due to the hip injury that also saw him miss Arsenal’s win at Aston Villa before the international break.

Sportsmail reported Ramsdale’s involvement against Palace was uncertain with his chances of being fit rated as 50:50.

Arteta confirmed: ‘Aaron is a doubt. He is still not feeling great. He hasn’t trained yet so we don’t know what he will be able to do on Monday.’

Arteta was slightly more upbeat on right back Takehiro Tomiyasu who has been struggling with a calf problem. 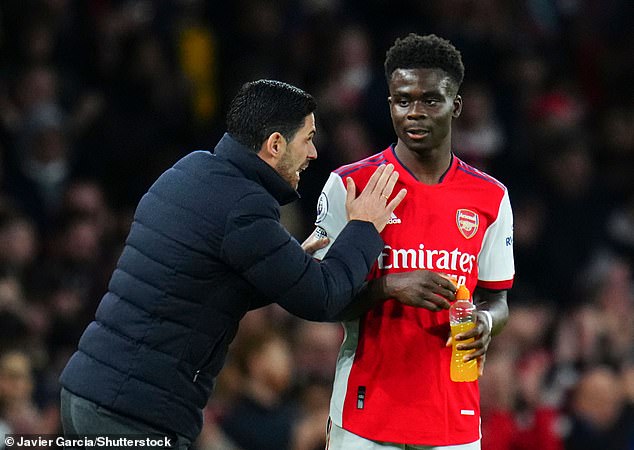 ‘I think he will be close,’ Arteta said. ‘He has been training more and more. He will be joining some sessions this week so let’s see how he is. He had a recurring injury but in the other calf which was strange and difficult to predict.

‘He has been through a lot in the last two years with all the Covid, the amount of games he’s played, the transition to another league with intensity that is completely different.

‘Hopefully [we] don’t go through that situation again because especially for him, it’s been tough.’