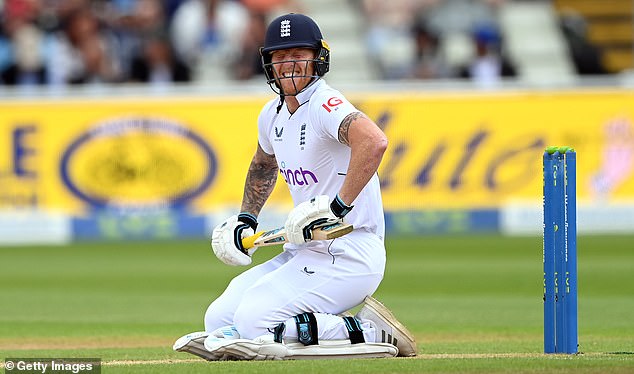 BUMBLE ON THE TEST: India have become a complete potent force with a fantastic seam attack… rare beast Jasprit Bumrah has led them brilliantly, but box office Jonny Bairstow is in the form of his life

Despite yet another Jonny Bairstow century, England were bowled out for 284 on day three of the rescheduled fifth Test at Edgbaston, a deficit of 132 runs.

Cheteshwar Pujara then played well for his unbeaten 50 to lead India to 125-3 at stumps with a lead of 257 runs and seven wickets remaining.

Here, Sportsmail’s DAVID LLOYD picks out his talking points from the third day of action at Edgbaston.

India have evolved as a team over the decades.

Fast bowling was neglected until the late 1980s when Dennis Lillee launched the MRF Pace Foundation.

When Virat Kohli came along he realised his team had to take 20 wickets to win Tests. Their attack has become a potent force since. 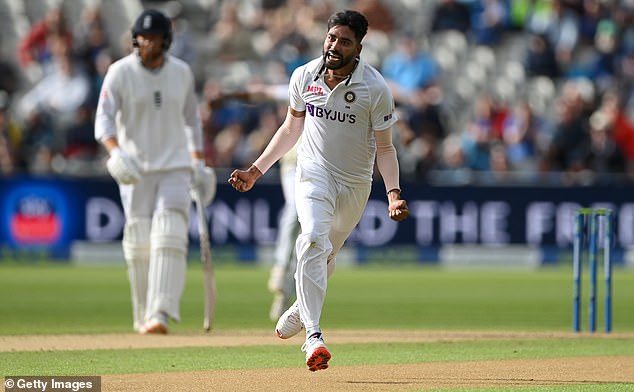 Jasprit Bumrah is that rare beast of international cricket — a fast-bowling captain.

I can’t think of too many over the years — Bob Willis, Pat Cummins. Bumrah is high-quality and must be so awkward to face.

His arms are stiff, the batsman doesn’t get a clear view of the ball due to the quirkiness of his action, and then he releases it at close to 90mph.

He takes his wickets at spit. 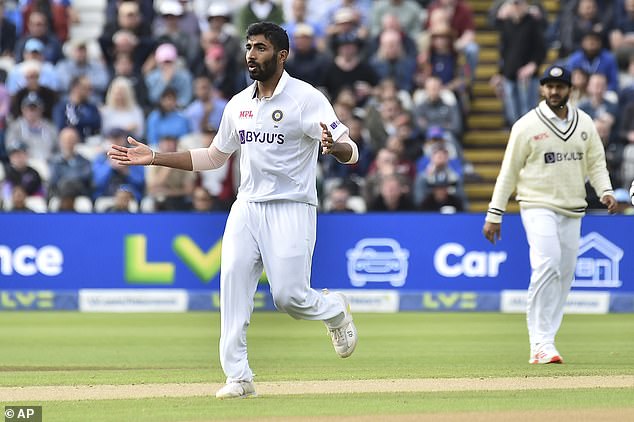 JONNY IN FORM OF HIS LIFE

Jonny Bairstow’s at it again. The lad is in the form of his life.

Has Bazball been the making of him? Has losing the gloves made a difference?

He’s in fantastic form. Some players go through the gears after starting at pedestrian pace but he’s a natural scorer and is on it from ball one.

He’s worked his socks off to come back from knocks in his career and he’s now in the Kevin Pietersen mould. Box office. 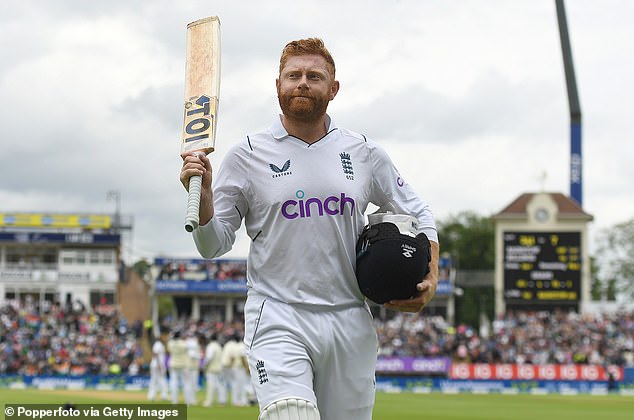 ZAK’S PROBLEM IS CLEAR TO SEE

What are we going to do about Zak Crawley?

It’s easy to see what the problem is. Not enough left side, not enough of the face of the bat presented when playing the ball and too much right shoulder.

Identifying the errors is OK but it’s hard to put right on the job and it might be the right time for him to be given a spell on his own. 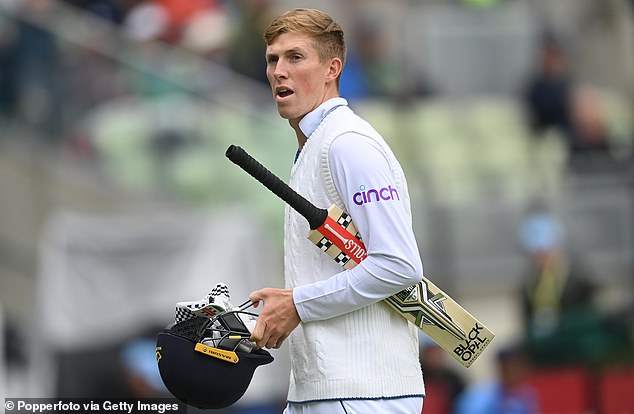 Zak Crawley fell cheaply again, but the Kent opener has been backed by his captain Stokes

It’s all well and good leaving Crawley out for the South Africa series next month, but who’s going to play in his place?

I saw Dominic Sibley play wonderfully well, carrying his bat for Warwickshire at Old Trafford against a high-quality Lancashire attack.

There is also a young lad from my new manor called George Hill — he might be young but I like the cut of his jib.

A NEW ITCH FOR THE AUCTION

Since moving to North Yorkshire, and discovering I am up the road from the local auction centre, I’ve developed a new hobby.

I’ve been bidding for everything. I am now the proud owner of a hand-pulled cricket roller.

It looks the part next to the two ship’s lanterns and the blacksmith’s anvil. It’s beginning to resemble Steptoe’s Yard here.

The Twenty20 Blast quarter-finals are upon us this week and it’s disappointing to hear that England players are not scheduled to be available due to a clash with matches versus India.

Surely, it’s not beyond the wit of man to ensure these important domestic fixtures include the best players.

The public are being short-changed. Not happy. 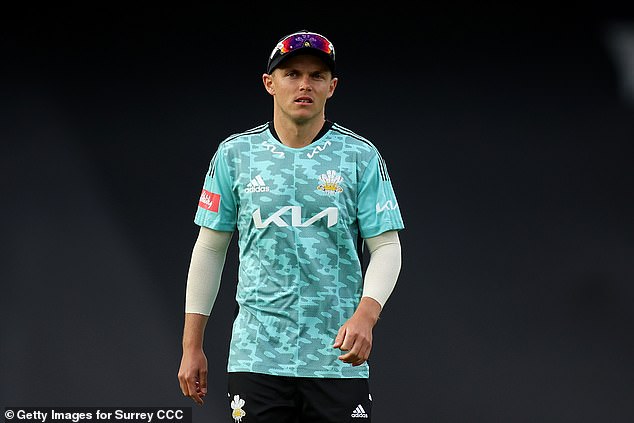