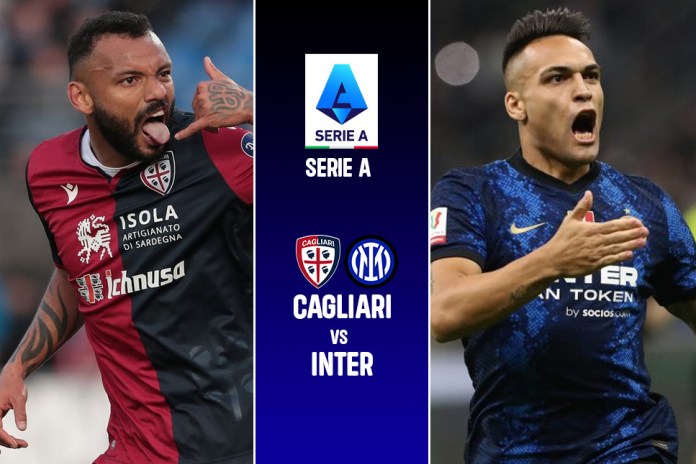 Inter defender Alessandro Bastoni could force his way back into the starting XI ahead of Danilo D’Ambrosio and Federico Dimarco, both of whom have deputised on the left of Simone Inzaghi’s back three in his absence.

Considering the 120 minutes of an intense cup contest against Juve in midweek, the visitors’ coach may make some other minor changes to his lineup, as Joaquin Correa and Alexis Sanchez compete to unseat veteran striker Edin Dzeko up front.

Whoever is selected should join Lautaro Martinez in a two-man attack, and now on 19 goals – following a brace against Empoli – the Argentina international could become just the sixth player in Inter’s history to score at least 20 times in a single Serie A season before turning 25.

Nahitan Nandez is still recovering from a thigh problem and reserve goalkeeper Boris Radunovic serves a suspension after being sent off while on the bench against Salernitana.

Therefore, Leonardo Pavoletti is favourite to join captain Joao Pedro up front, and seven of the Isolani’s last 14 home goals have been scored by their skipper – including the most recent, from a direct free-kick against Hellas Verona.

Cagliari vs Inter Milan LIVE: When, Where, How to watch the live streaming of Serie A matches?

When will Cagliari vs Inter Milan be played? – Date

Cagliari vs Inter Milan will be played on 16th May 2022

What time will Cagliari vs Inter Milan be played? Time
CAL vs INT match will kick-off at 12:15 AM IST

Where will Cagliari vs Inter Milan be played? – Venue
CAL vs INT will be played at Sardegna Arena

Who will be the Match Official for Cagliari vs Inter Milan? Referee

Daniele Doveri will be the referee for the game

Where will the Serie A matches be broadcasted in India?
For Indian fans, the new season of Serie A will be broadcasted on Viacom18’s flagship youth brand channel MTV and OTT platform, Voot Select.