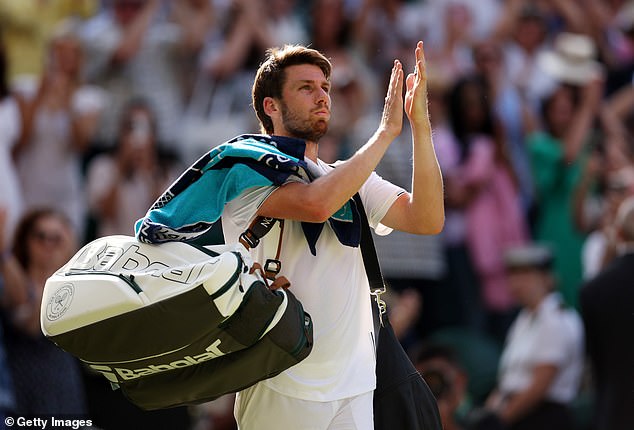 It did not take Cam Norrie long to feel the benefits of his primetime exploits that swept him to the semi-finals of Wimbledon.

Going about his daily business around his flat in Putney afterwards, the 26-year-old found that the loss of his relative anonymity prior to this summer’s Championships had its upsides. For a start, he began to be offered freebies.

‘It was funny. You go down to get a coffee and the barista recognises you,’ says the British No 1, who is returning to the fray of the tour in Mexico next week.

‘I went to get my dry cleaning and they said, “Ah, great Wimbledon, you know what — this time don’t worry about it”, and I am like, “Man, it’s fine, I can pay for it”.

‘A couple of times I went for breakfast and people asked for photos and congratulated me in a very nice way. It is cool that people were watching and supporting as well and that I was getting some recognition.

‘After this Wimbledon, a lot more people know who I am. It’s great for me but it doesn’t change too much. I want to keep pushing, keep improving.’

If that tells you anything it is how many people still watch free-to-air TV, and how people love a winner, even if Norrie eventually fell to champion Novak Djokovic in four sets on the second Friday.

The downside of Wimbledon is that there were no ranking points this year due to the ban on Russian players.

If there had been then Norrie would now be inside the world’s top 10.

‘It’s a bit frustrating but there is nothing you can do,’ he said.

‘For me, it doesn’t change too much, I am still in the main draw of all these tournaments and still seeded relatively high. But it is a bit of a shame not to be rewarded on the rankings side. 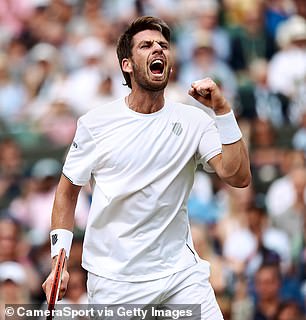 ‘If you look at other Brits — Alastair Gray and Ryan Peniston won a round, Liam Broady made the third round. For those guys, it hurts them more because they are pushing to get into the main draw of the Slams.

‘It has given me a lot of confidence to know I can make the semis of a Slam, on not even my favourite surface.’

After a week off, Norrie headed to Nice, where he has been practising at the Patrick Mouratoglou academy with world No 1 Daniil Medvedev, who was excluded from SW19.

Certain subjects were off limits: ‘He didn’t ask about Wimbledon and I didn’t ask him anything about that.

‘I didn’t want to bring it up. He said he watched my match with Djokovic, that’s all.

‘He is a great practice partner and a great guy as well. He is my favourite player to watch. ‘My coach is always trying to message the best players in the world to practise with, so hopefully we can get a little bit more leeway with the top guys now.’

Next week Norrie will try to defend his ATP title at Los Cabos in Mexico before heading to the Canadian and Cincinnati Opens, then the US Open late in August.

After that he will go straight to his father’s hometown of Glasgow, where he leads a strong GB team for the Davis Cup qualifying group against the Netherlands, the USA and Kazakhstan, starting on September 13. 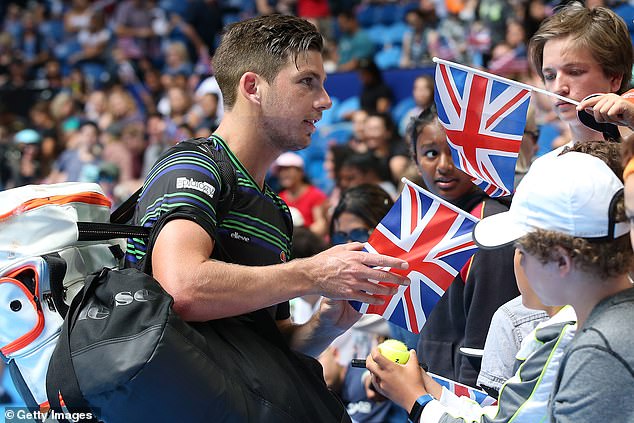 He embarks on this next leg of his career having authenticated his consistent year-round results with a deep run at a major for the first time.

‘I played in the biggest matches of my career so far. To play the level I did, to start like that (winning the first set) against the best player in the world on grass, the biggest thing is knowing I can do it at Slams.’

Norrie, who has relatives in Aberdeen, hopes to watch Rangers play while he is in Glasgow: ‘I’d be keen. My dad is a diehard fan. When I was young, he was like, you have to support Rangers, you have to wear blue the majority of the time!

‘I have never been to a live game. If the time is right, I’d love to go. I don’t think Leon Smith (GB Davis Cup captain) will be joining me — he is a big Celtic fan!’

Tickets for the Davis Cup in Glasgow are available via https://daviscupfinals.lta.org.uk