Real Madrid vs Sevilla LIVE – LA LIGA LIVE: Can Real Madrid continue their reign at the top of LA LIGA? Carlo Ancelotti’s Real Madrid will host Julen Lopetegui’s in-form Sevilla on Sunday. The mouthwatering clash between top of the table teams will be hosted at Real Madrid home ground, the Santiago Bernabeu – Follow all LIVE Updates on InsideSport.IN.

?️ @MrAncelotti: “The momentum here right now is good and we need to play to our full potential.”#RealMadridSevillaFC pic.twitter.com/3qAHUXlWVW

Real Madrid vs Sevilla LIVE: Can Real Madrid continue their reign at the top of LA LIGA? Follow LIVE Updates

Los Blancos finally looks to be heading in the right direction. Carlo Ancelotti looks to have worked his magic with this talented Real Madrid squad.

In their last match the Merengues defeated a weak & little known Sheriff side 3-0, with goals from veteran players David Alaba, Toni Kroos and Karim Benzema.

With the midweek victory, Real Madrid qualified for the UEFA Champions League knockout rounds as they topped their group.

Sevilla Tough Nut to Crack: Currently placed 3rd in the league, Sevilla has enjoyed a brilliant start to the season earning 28 points from 13 games. Sevilla’s big squad has come in handy this season.

Despite having plenty of injury issues during the current season, the Andalusians have been able to manage issues pretty well given their good recruitment policy in the last few seasons.

In their last game Sevilla defeated German side Wolfsburg 2-0 in the Champions League, with goals from Joan Jordan Rafa Mir, the victory moved them to 3rd in the table.

When will Real Madrid vs Sevilla be played? – Date

Real Madrid vs Sevilla match will be played on 29th November

What time will Real Madrid vs Sevilla be played? Time

Where will Real Madrid vs Sevilla be played? – Venue 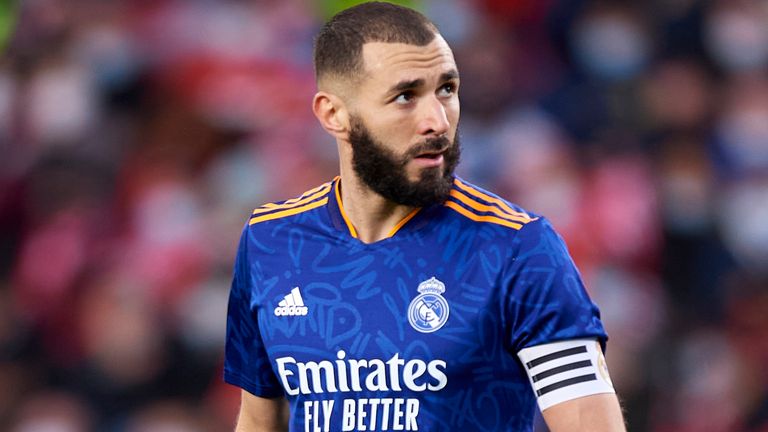 Real Madrid: Real Madrid’s 100 million Euro signing Eden Hazard suffered yet another setback. The former Chelsea man won’t play at the weekend because of gastroenteritis. After suffering a minor knock midweek against Sheriff, it looks David Alaba will not be rushed back against Sevilla. Wales captain Gareth Bale is still recovering from a calf injury, while Dani Ceballos is not ready to comeback just yet. Carlo Ancelotti’s squad will be boosted by the return of Federico Valverde who come back after sustaining a knee injury in El Clasico.

??| Ancelotti: “Eden Hazard is OUT for tomorrow’s game.”

Sevilla: Sevilla have many injury issues that include many key players- Youssef En-Nesyri, Suso, Erik Lamela and Jesus Navas will definitely miss the contest through injury as reported by Spanish outlet Marca, while Diego Carlos, Koundé and Lucas Ocampos are all doubts.

❗| Suso, Lamela, En-Nesyri and Jesús Navas are OUT for the game against Real Madrid.

Diego Carlos, Koundé and Lucas Ocampos are all doubts. @marca

Real Madrid vs Sevilla LIVE in LA LIGA: Can Real Madrid continue their reign at the top of LA LIGA?