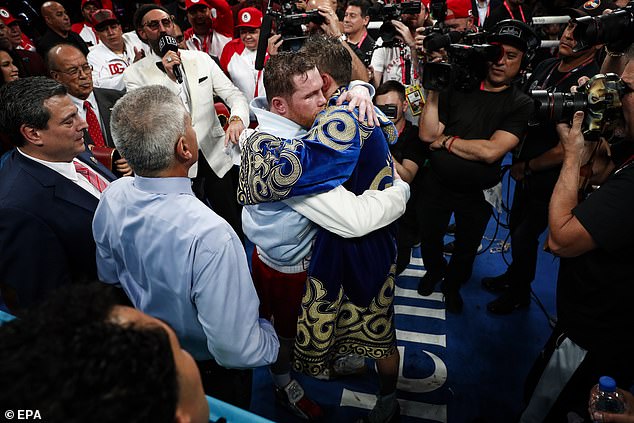 Canelo Alvarez brands Gennady Golovkin his ‘FRIEND’ as duo end five-year war of words and embrace in the ring after Mexican’s victory in trilogy bout, before the 40-year-old insists his rival is ‘a real warrior’

After the fight, the two rivals embraced before sharing words of praise and encouragement for the other, with Canelo branding Golovkin his ‘friend’. 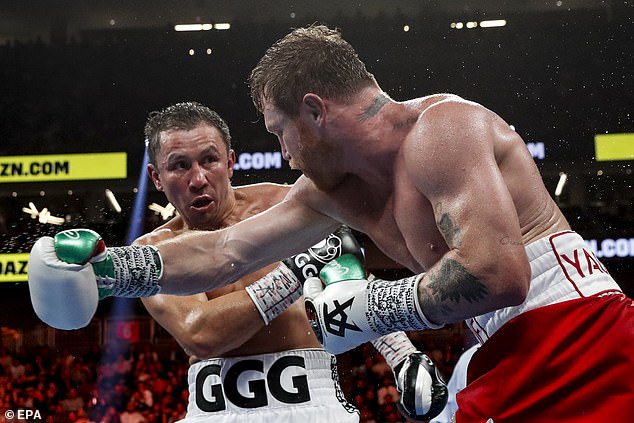 ‘Thank you so much my friend. Thank you for everything,’ said the 32-year-old.

‘We gave the fans three good fights and thank you for everything.’

Previous exchanges of words have included accusations of drug taking, references to home countries and comments on fighters’ reputations as a champion.

But that now seems squashed, and Golovkin echoed his rival’s words, before refusing to retire despite now being 40 years of age. 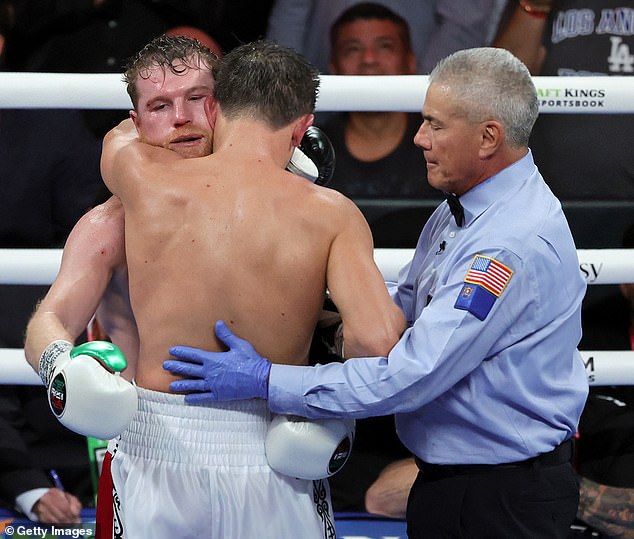 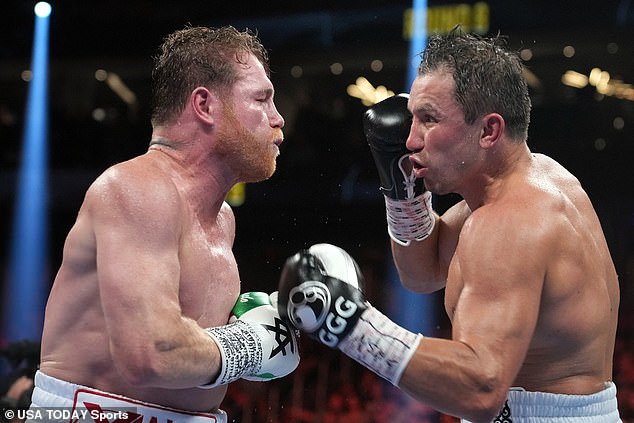 ‘I still have this fire burning within me. I have the passion for boxing. Don’t forget I have three belts at 160lbs. I feel great.

‘I did not allow any serious shots. I’m tired, I’m fresh. I feel the strength and power within me.

‘Of course if opportunity presents I will be looking to return in the ring. I can come back guys. I’m still a champion.’ 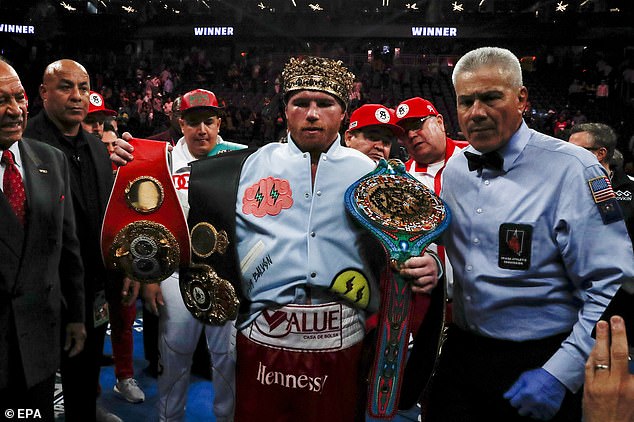 It’s likely Canelo will now push for a rematch with WBA light-heavyweight champion Dmitry Bivol, who defeated the Mexican in May.

‘I’ve gone through some difficult things in my life and the only thing you can do is continue to move forward,’ he said.

‘I’ve gone through difficult times recently with my defeats and I’ve actually shown that defeats are great because it enables you to come back and show humility.’