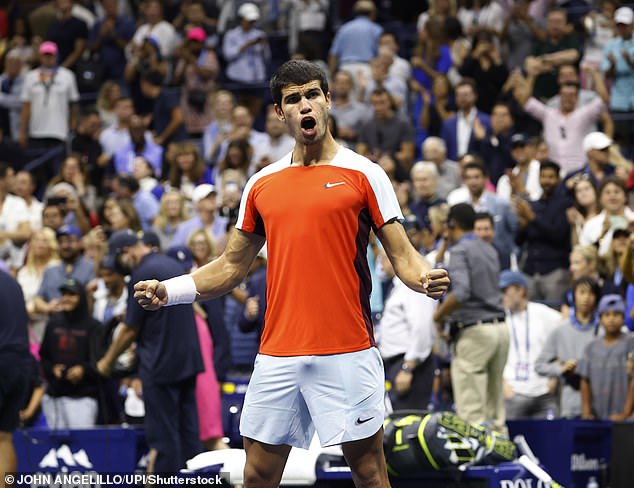 ‘I can see the No. 1 in the world, but at the same time it’s so far away’: Carlos Alcaraz, 19, insists he will ‘give everything’ to win the US Open and become the youngest man to EVER top the ATP rankings

Following victory in an epic US Open semifinal against Frances Tiafoe, 19-year-old Carlos Alcaraz now has his intentions set on winning the final against Casper Ruud.

Not only will Alcaraz have a shot at winning his first ever Grand Slam, but he will also be able to etch his name in the sports record books. If he is able to defeat Ruud, Alcaraz will become the youngest male ever to be ranked No. 1 in the world.

‘I can see the No. 1 in the world, but at the same time it’s so far away. I have one more to go against a player who plays unbelievable,’ the Spaniard said on court following his victory. 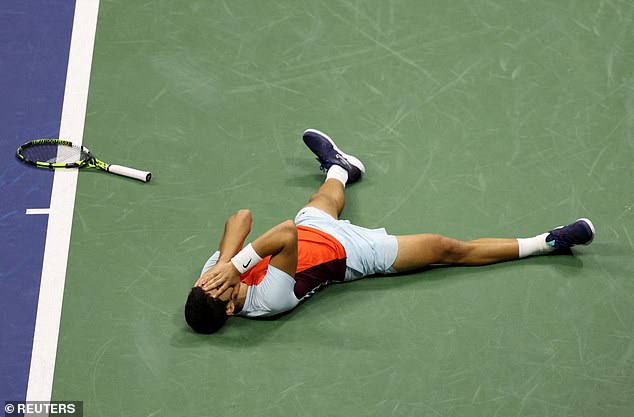 ‘He deserves to play a final. He played in the final of a Grand Slam in Roland Garros, so you know this is my first time so I’m going to give everything that I have.’

Though he may be young, Alcaraz is not naive enough to think that the challenge of his first final will not be its own separate battle, aside from his more experienced opponent.

‘I will have to handle the nerves of being in the final of a Grand Slam, but obviously I’m really, really happy. And as I say before every match, I’m going to enjoy the moment and let’s see what happens,’ he added.

Alcaraz also became just the second player from Spain to reach a US Open final, following in the footsteps of Rafa Nadal, who was defeated by Tiafoe earlier in the tournament.

We will find out on Sunday if he can not only bring home his first Grand Slam trophy, but also accomplish the record breaking milestone his skilled countryman, nor no other player, ever has – ranking No. 1 at such a young age. 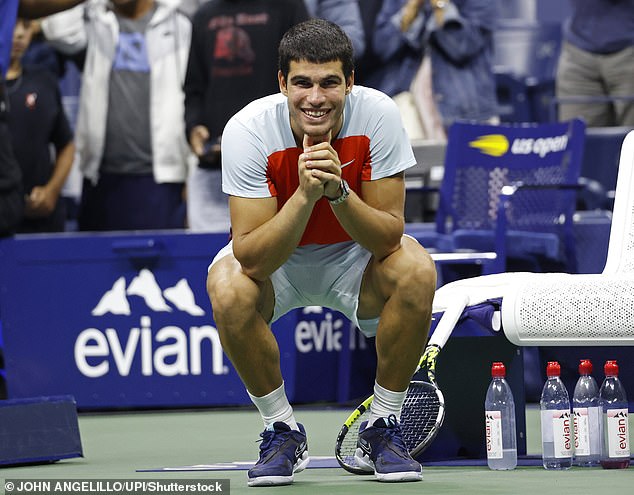 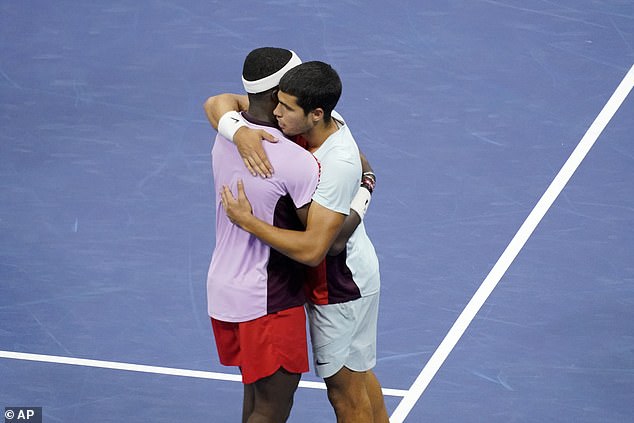