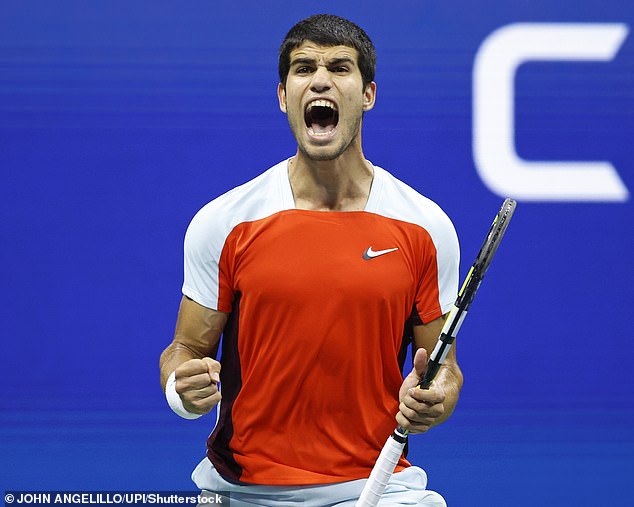 Carlos Alcaraz will take on Casper Ruud for the US Open title and the world No. 1 ranking after beating American Frances Tiafoe in another five-set classic to reach his first Grand Slam final.

The 19-year-old is the youngest man to make a slam final since his fellow Spaniard Rafael Nadal won his maiden title at the French Open back in 2005.

Comparisons between the compatriots are inescapable and Alcaraz, who had battled for five sets beyond 2am in his previous two matches, showed Nadal-like powers of mental and physical endurance to recover and beat American Tiafoe 6-7 (6), 6-3, 6-1, 6-7 (5), 6-3. 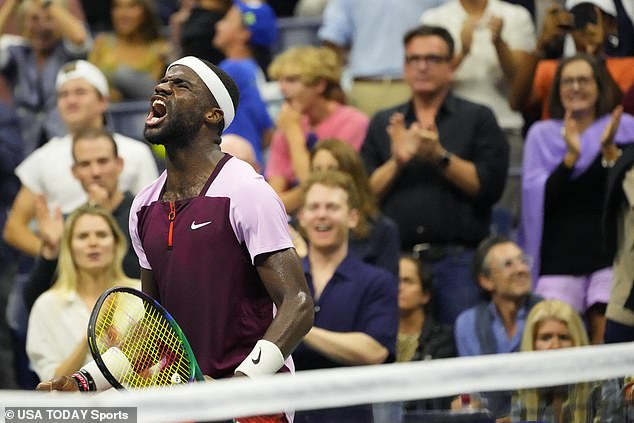 Tiafoe showed tremendous courage to fight back time and time again, but he eventually lost 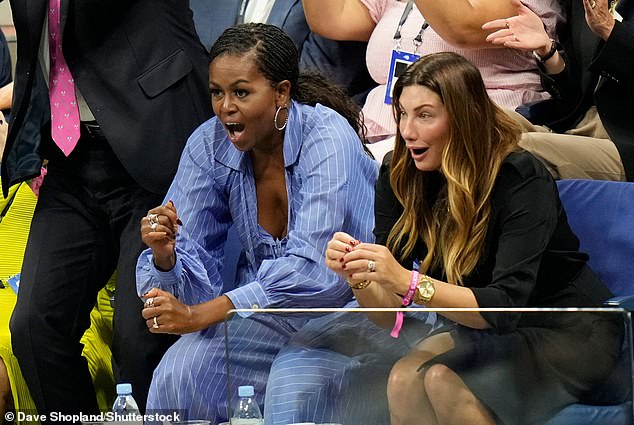 It has been a breakthrough tournament for 24-year-old Tiafoe, who defeated Nadal for the biggest win of his career in the fourth round before becoming the first American man to make the last four in New York for 16 years and the first black American man since Arthur Ashe in 1972.

He was cheered on here by Michelle Obama, who was given a rapturous reception by the Flushing Meadows crowd, and recovered impressively having looked down and out after the third set, saving a match point in the fourth in a contest full of athleticism, flair and passion.

But it is third seed Alcaraz that will go forward to the final to take on Norway’s Ruud, with both men knowing victory would put them on top of the rankings – Alcaraz as the youngest man ever.

‘It’s amazing to be able to fight for big things,’ said Alcaraz. ‘First time in a final of a Grand Slam. I can see the No 1 but at the same time it’s so far. 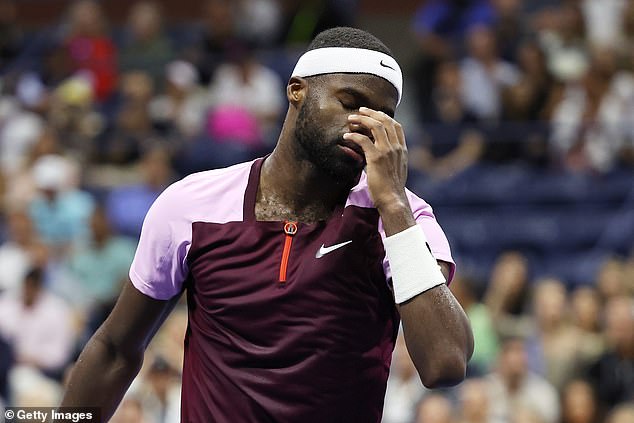 Tiafoe was emotional at the end of the match, after falling agonizingly short of the final 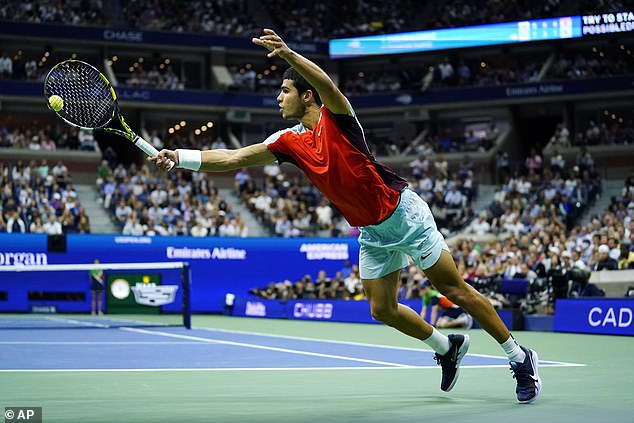 Alcaraz will have the chance to become world No. 1 on Sunday if he can beat Casper Ruud

‘I have one more to go against a player who plays incredible. I’m going to give everything that I have. I’m going to enjoy the moment and let’s see what happens.’

An emotional Tiafoe also addressed the crowd, saying: ‘Too good from Carlos tonight. I gave it everything I had for the last two weeks. I came here to win the US Open and I feel I let everybody down. It really hurts. I’m going to come back and I will win this thing one day.’

A full crowd were right into this one from the start and very split in their affections, demonstrating both the popularity of Alcaraz and the diversity of the stadium.

Alcaraz was perhaps not quite as sharp as he had been against Jannik Sinner on Wednesday in their five-hour contest but there was still plenty of spring in the teenager’s legs. 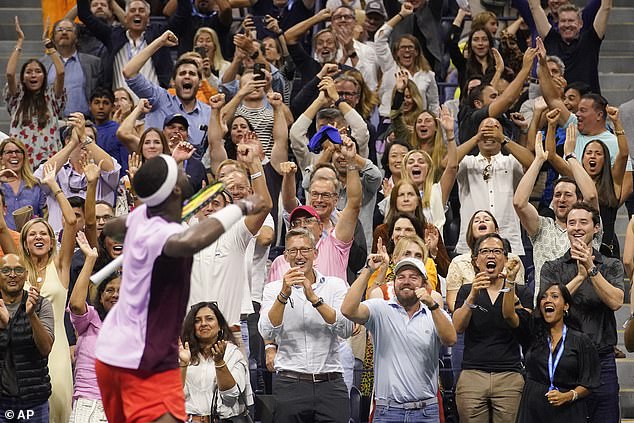 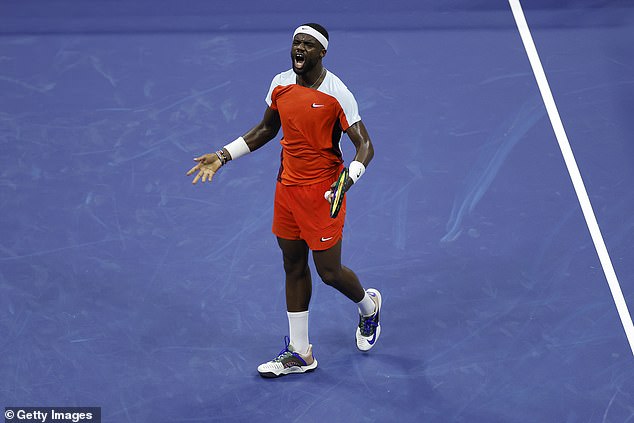 He saved a set point at 5-6 and then won one of the barely-believable all-court points that are swiftly becoming his trademark, scrambling to retrieve a series of volleys before passing Tiafoe down the line.

The crowd were on their feet, and Alcaraz produced more magic to fight back from 3-6 in the tie-break only to double fault on Tiafoe’s fifth chance.

It took the American’s tie-break record this fortnight to 7-0, tying the previous best set by Pete Sampras.

Alcaraz was the youngest men’s semi-finalist at Flushing Meadows since Sampras in 1990 and back he came in the second set, breaking for 4-2 and withstanding pressure to level the contest.

Tiafoe was beginning to look mentally and physically weary, apparently tiring of the sustained excellence needed to try to match Alcaraz.

He won only one point in the opening three games of the third set, two of which were on his serve, and he was in big trouble when Alcaraz won five straight points to break early in the fourth. 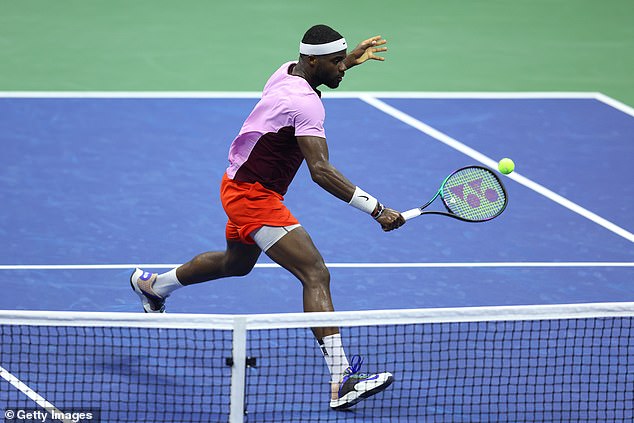 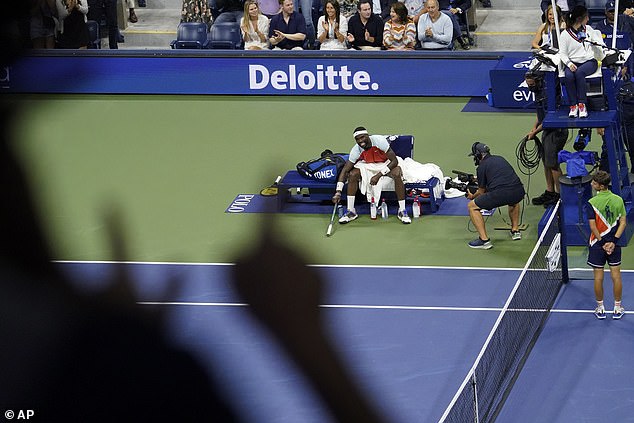 But just when it appeared Tiafoe’s race was run, he roused himself. Having not broken the Alcaraz serve all night, he did it twice in succession, sprinting to his chair to show there was life in him yet.

The Tiafoe-supporting part of the crowd willed their man to take it to a decider, and he won one of the points of the night to save a match point at 4-5, showing tremendous defence and then finishing it with the deftest of drop shots.

And in the tie-break he was once again immense, improving his record to 8-0 to  ensure there would be more five-set drama.

Having given so much to stay in the contest, Tiafoe found his well rapidly emptying in the decider, while Alcaraz somehow still had plenty left to give.

Two immaculate lobs helped him set up more match points and this time he took one, collapsing to the court in delight.

Scroll down to recap how the action unfolded with DailyMail.com’s live blog…