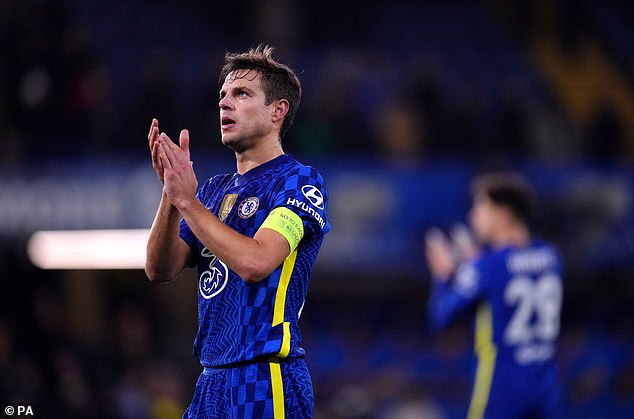 Chelsea captain Cesar Azpilicueta has refused pledge his commitment to the club despite his contract running down this summer, saying it was ‘not the right place or time’ to discuss his future.

The Spanish defender has been at Stamford Bridge since 2012 but looks to be finally heading out of the door at the end of the season – with the club currently unable to agree new contracts while sanctions have been placed against Russian owner Roman Abramovich.

Azpilicueta looks likely to join fellow centre-backs Thiago Silva and Antonio Rudiger in walking out on the club as a result, but would not be drawn on the speculation when quizzed about on his future. 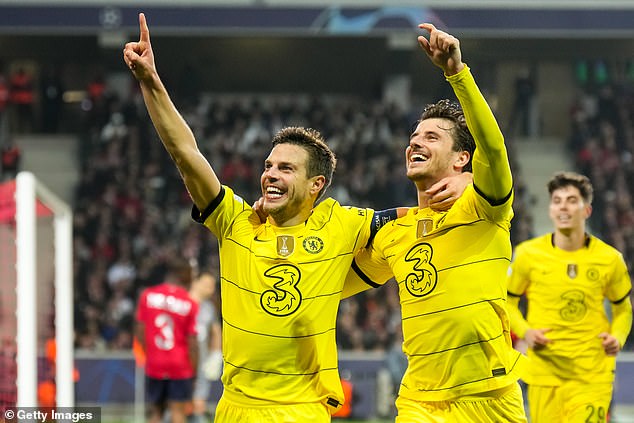 ‘This is not the place or the time,’ he told reporters ahead of Spain’s upcoming games against Albania and Iceland . ‘What we have learned with the pandemic is to live day to day and in the moment.’

Chelsea are enduring a turbulent spell at the club after they were crippled by sanctions against Abramovich. The Blues currently cannot buy players or agree new contracts – making it nearly impossible for Azpilicueta to stay – while their away travel budget has been capped at £20,000.

The club only recently agreed a new government licence to sell away tickets, while Abramovich has also been permitted to inject £30million into the club to keep it operational and pay player wages, but Chelsea are still waiting to discover who their next owner will be.

Azpilicueta admitted the ongoing problems were ‘not great’ for the squad but insisted they were putting on a united front.

‘We are living in moments of uncertainty at Chelsea, that is the reality,’ Azpilicueta added. 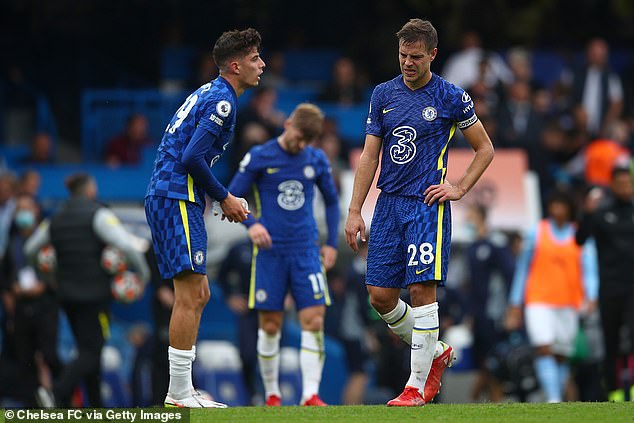 The club are still waiting to discover who will be selected to take over the club from Roman Abramovich (R) after he was sanctioned, with Tom Ricketts (L) among the favourites

‘The uncertainty isn’t great, but what we players have to do is work. We are entering a decisive phase of the season and the situation is out of our hands.

‘We are experiencing something new. Day by day we discover information, but on a day-to-day basis nothing has affected us. We have not experienced major changes.

‘I’m not sure what the latest is with tickets against Madrid,’ Azpilicueta said. ‘Of course we’d rather have fans behind us for that game.

‘But the predisposition for the squad has always been to act in the right way. There is unity and strength from the team and the fans.

‘We are living in moment of uncertainty, but we are very united. There is always a predisposition to help out where we can.’