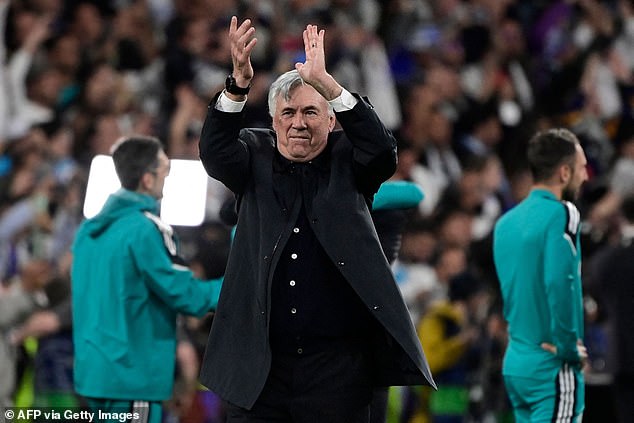 ‘The history of this club helped us to keep going when it seemed things were gone’: Carlo Ancelotti hails Real Madrid’s character after miracle against Man City… as Italian becomes the first manager to reach five Champions League finals

Pep Guardiola’s men appeared set to meet Liverpool in the Champions League final in Paris later this month after Riyad Mahrez’s goal put them 5-3 ahead on aggregate with 17 minutes of the semi-final second leg at the Santiago Bernabeu remaining.

But Brazilian forward Rodrygo scored twice in the 90th minute and the first minute of stoppage time to level the tie at 5-5 and send it into extra-time, during which Karim Benzema won and converted the penalty which sent the hosts through. 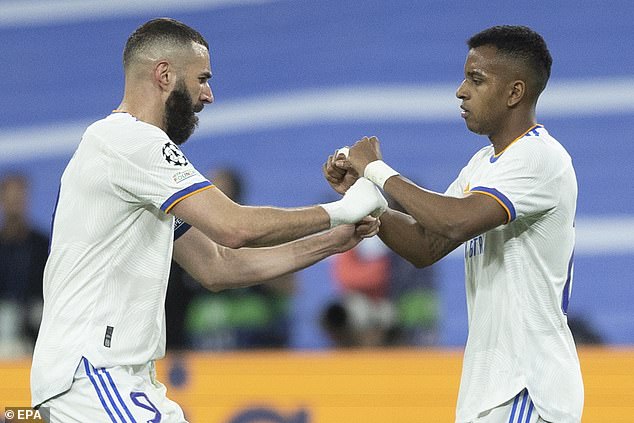 It was not Madrid’s first astonishing comeback on home soil in the competition this season following Benzema’s 17-minute hat-trick against Paris Saint-Germain in the last 16 before another rousing performance against Chelsea in the last eight.

And speaking after the game, Ancelotti – who has become the first manager to reach five Champions League finals – praised Real Madrid’s ‘never-say-die’ attitude which he believes saw them gain a ‘psychological advantage’ in extra time.

‘I cannot say we are used to living this kind of life, but what happened tonight it happened against Chelsea and also against PSG,’ Ancelotti told BT Sport.

‘If you have to say why, it is the history of this club that helps us to keep going when it seems that we are gone.

‘The game was close to finished and we managed to find the last energy we had. We played a good game against a strong rival.

‘When we are able to equalise we had a psychological advantage in extra-time. I have no time to think about this [losing the game]. It was difficult as City had control of the game but the last opportunity we were able to go to extra-time.’ 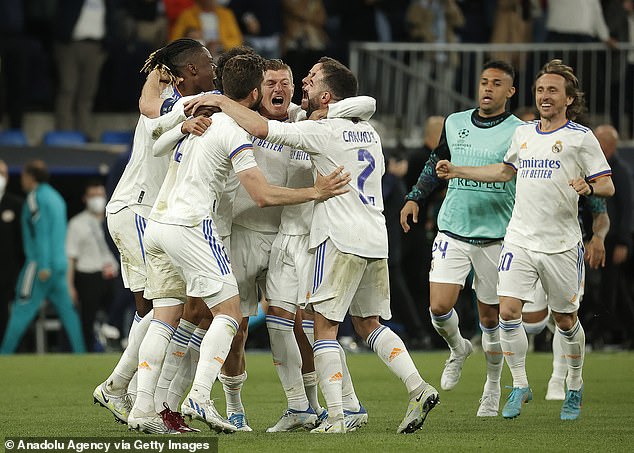 Madrid will now aim to win their first Champions League since the 2017-18 season when they face Jurgen Klopp’s Reds in a re-run of their triumph that season in Kyiv.

And Ancelotti – whose only defeat in four Champions League finals came in Liverpool’s infamous comeback against AC Milan in 2005 – admits he cannot wait to face the Anfield outfit again.

‘I am happy to be there in the final, in Paris against another great rival,’ he added. ‘We are used to it. It will be a fantastic game for football.’

Ancelotti’s won the Champions League twice with Milan in 2002-03 and 2006-07 – the latter also against the Reds – while his latest came in 2013-14 in Real Madrid’s dramatic victory against city rivals Atletico in Lisbon. 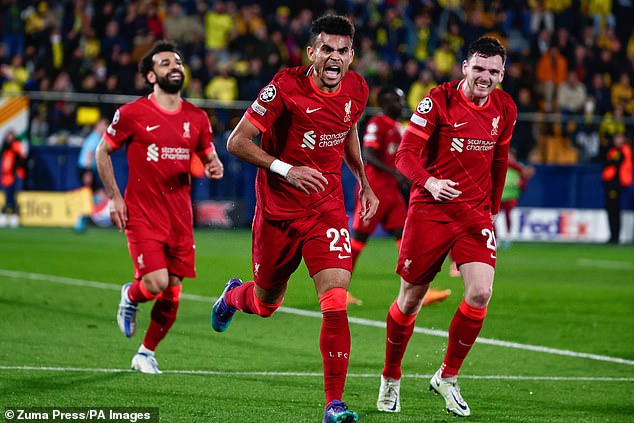 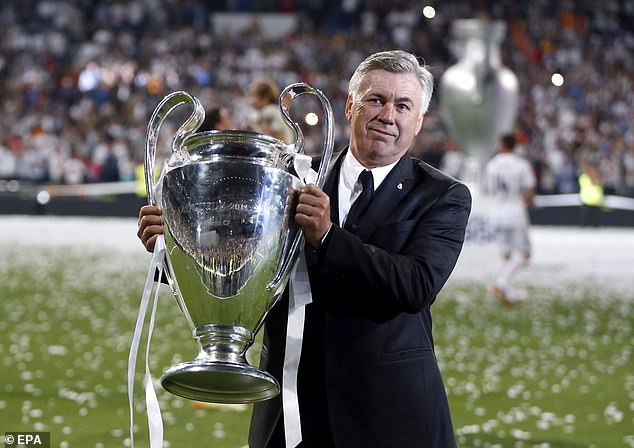