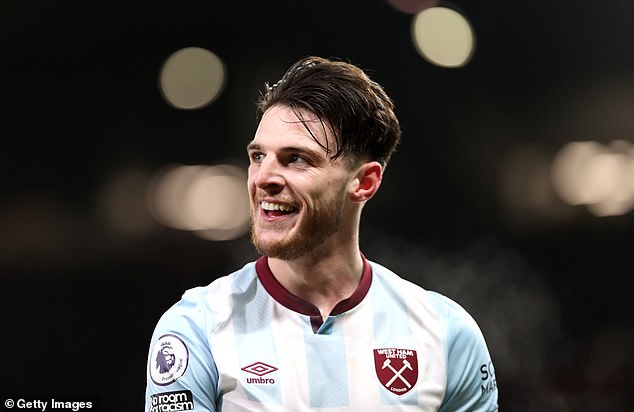 ‘He is going to LEAVE’: Charlie Austin tips Declan Rice to move on from West Ham in the summer if they fall short in their bid to break into the Champions League places

After finishing sixth in the Premier League last season, the Irons have impressed again this time around, and they currently sit just a point outside the top four.

Rice has been central to their success, but Austin feels that the 23-year-old will opt to move on if David Moyes’ side miss out on Europe’s elite club competition. 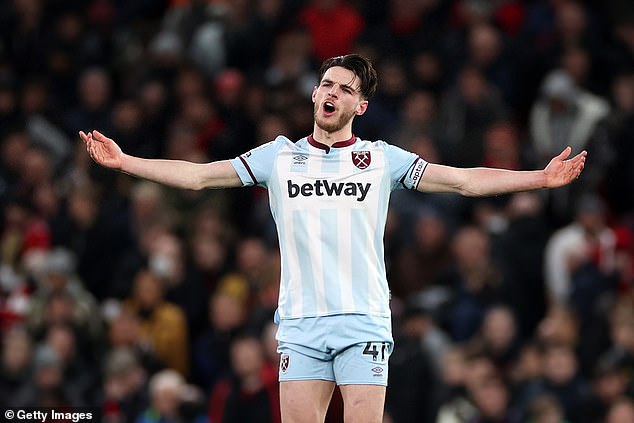 His performances still might not be enough to get West Ham into the top four, though

‘I know everyone keeps going on about it, but Declan Rice is going to come up again,’ he told talkSPORT.

‘If they don’t get Champions League football, he is going to leave.’

Austin, who is currently playing for QPR, was also critical of West Ham’s business in the January transfer window, and felt that the east London club should have brought in another striker last month. 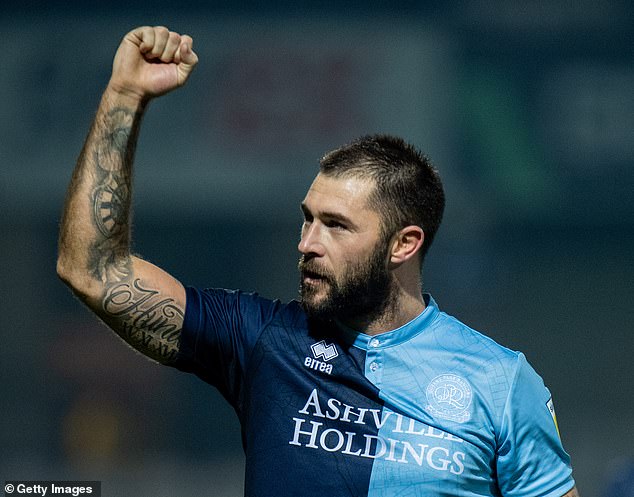 He has hinted that this could prove to be a costly error as they look to hold off the likes of Manchester United, Arsenal and Tottenham for fourth spot.

‘If they went and got a striker, or strikers, to help them get into the top four, and they achieve that, it’s more likely Declan Rice will stay at West Ham.

‘This is West Ham’s time to really go and push on, sign someone to stamp it and say “we’re going to have a right go, we’re going to try and get into the Champions League”. 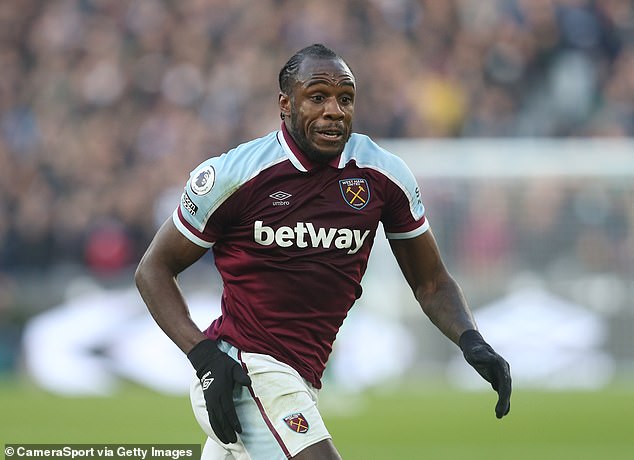 ‘Everybody has a time, and what a time it is for West Ham to do it, look at the clubs around them [Manchester United, Arsenal, Tottenham], they haven’t strengthened, not enough,’ he added.

Rice’s contract at West Ham runs until 2024, but the club could come under pressure to sell him if they falter between now and the end of the season.

They will be looking to avoid a third straight defeat when they travel to Kidderminster in the FA Cup on Saturday, before they return to league action against Watford three days later.