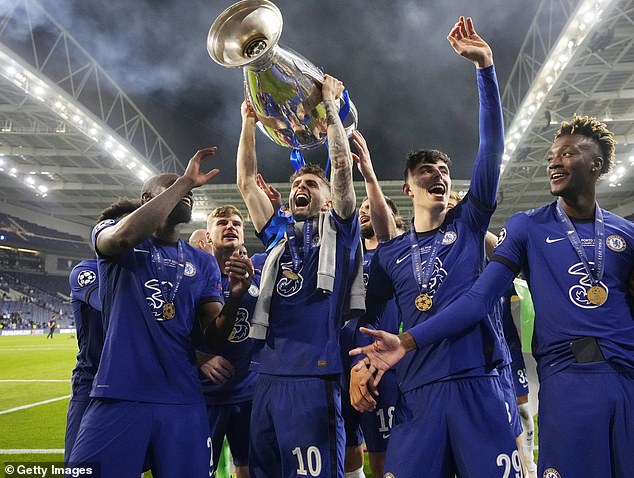 Christian Pulisic admits Chelsea’s victory over Manchester City in last season’s Champions League final is still yet to sink in nine months on.

The Blues ended a rollercoaster 2020/21 campaign on the highest of highs; winning the European Cup in Porto under Thomas Tuchel just four months after the German replaced sacked head coach Frank Lampard.

Tuchel arrived with the team floundering in ninth place in the Premier League, but his appointment sparked a remarkable run of form which resulted in the club’s second Champions League triumph.

After seeing off Atletico Madrid, Porto and Real Madrid, Chelsea got the better of English rivals City in the Estadio do Dragao final, with Kai Havertz scoring the only goal of the showpiece, to get their hands on the trophy.

And Pulisic, who came off the bench in the game, says the achievement still feels slightly surreal.

‘Halfway through the season, if we’d heard that we’d win the Champions League, I don’t think anyone would have believed you,’ the American told Chelsea’s official website.

‘It was such an incredible experience. It was special to be able to celebrate with my team-mates. Obviously, that night was incredible. 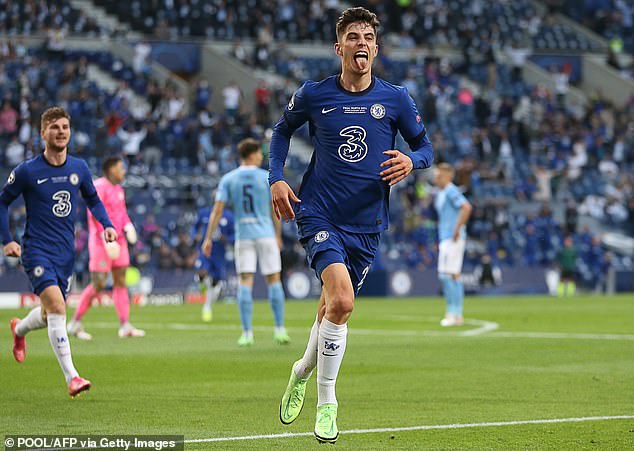 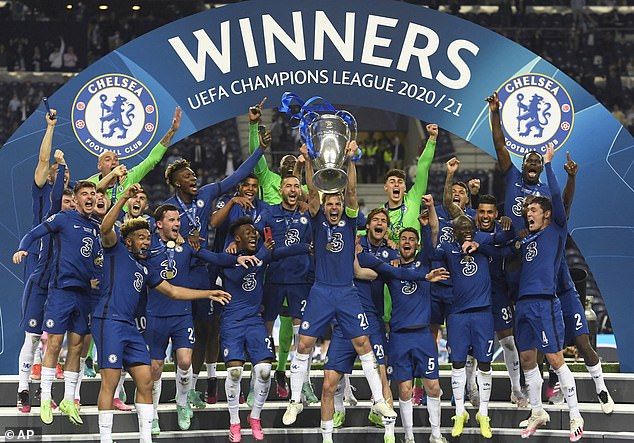 ‘The next day, the times we were in with Covid and everything, it was kind of hard because we weren’t really able to celebrate too much with our fans.

‘I actually flew back to the US almost the next day as I had another tournament I was trying to win [Concacaf Gold Cup with USA].

‘So it was definitely an incredible celebration, an incredible first feeling but then, after that, you’re kind of wondering what’s next?

‘It still like hasn’t fully sunk in that we won the Champions League. It’s such a huge accomplishment.’

Chelsea finished second in their group-stage campaign this term, setting up a clash with French outfit Lille in the last-16.

Pulisic added: ‘When you think back to last year, it’s extremely special and makes you proud, but now it’s about winning it again this year.

‘It definitely makes us hungry for more this year now and we want to feel that again. I think we’re really happy with where the club is at.

‘We just want to go out and we want to win, and that is something this club is all about. It’s special and winning that Champions League really showed that.’