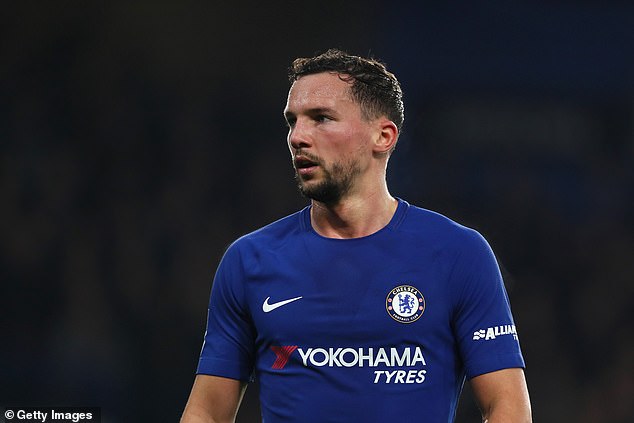 Danny Drinkwater has expressed disappointment at how his time with Chelsea panned out and apologised to the club’s fans in a bizarre farewell message.

The midfielder is leaving Stamford Bridge having not played a competitive match for the club since the 2018 Community Shield and described his time there as ‘a business deal gone wrong.’

Drinkwater blamed injury blows and his own bad behaviour – including a ban for drink-driving and a nightclub fight – for failing to impress at Chelsea but also criticised how he’d been treated.

Recent seasons have seen Drinkwater loaned out to Burnley, Aston Villa, Reading and Turkish club Kasimpasa after a player they signed from Leicester for £35million quickly became surplus to requirements.

The 32-year-old is now out of contract and confirmed he will be leaving Chelsea and searching for a new club this summer.

Drinkwater wrote on Instagram: ‘My time at @chelseafc has come to an end… actually feels really strange writing this. Me, the club and fans are hugely disappointed with the outcome there is no doubt about that.

‘Injuries, how I have been treated, mistakes I have made, issues of the pitch, lack of game time… the list of excuses could be endless but I would not and can not change what’s happened.

‘I’m going to look at positives over the past 5 years, I have played with great players, coached by awesome managers, worked with some brilliant staff, met some fantastic people, lived in some beautiful places, travelled the world and won some more silverware. 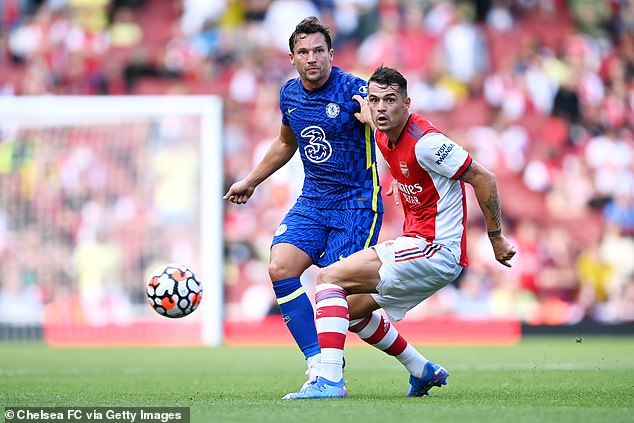 Drinkwater, 32, played for Chelsea during pre-season fixtures at the beginning of the season 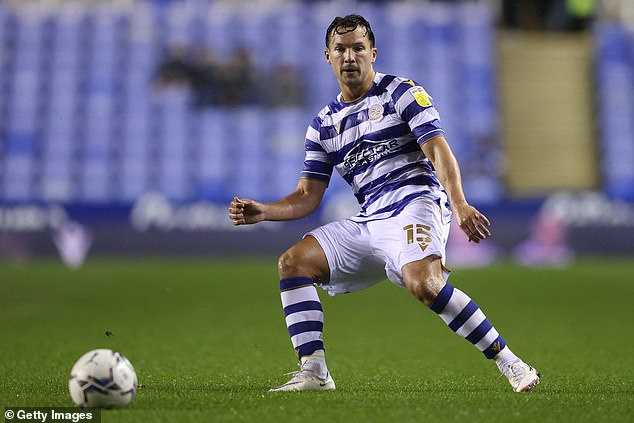 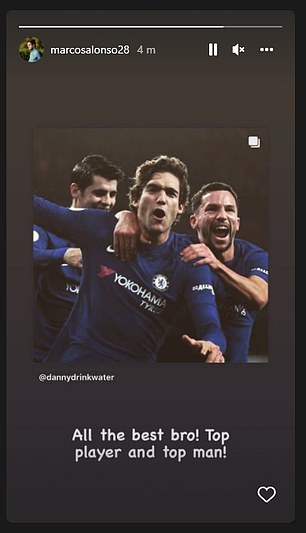 Marcos Alonso expressed his best wishes to Drinkwater after his announcement

‘Footballs a fantastic sport but this for both parties was a business move gone wrong, it’s as black and white as that.

‘To the @chelseafc fans I apologise for how this has turned out I would of loved for u to see me at my best in that shirt doing what I love. All the best x.’

Some Chelsea players were sad to see Drinkwater depart, however, with Marcos Alonso replying: ‘All the best bro! Top player and top man!’

Drinkwater’s only piece of silverware at Chelsea was the FA Cup in 2017-18, the one season in which he actually enjoyed some decent game time for them, making 22 appearances under Antonio Conte.

He appeared in some of Chelsea’s pre-season fixtures last year but Thomas Tuchel sanctioned a loan move to Championship strugglers Reading, where he played 24 times.

The erstwhile England international made headlines for all the wrong reasons on several occasions during his five seasons with Chelsea. 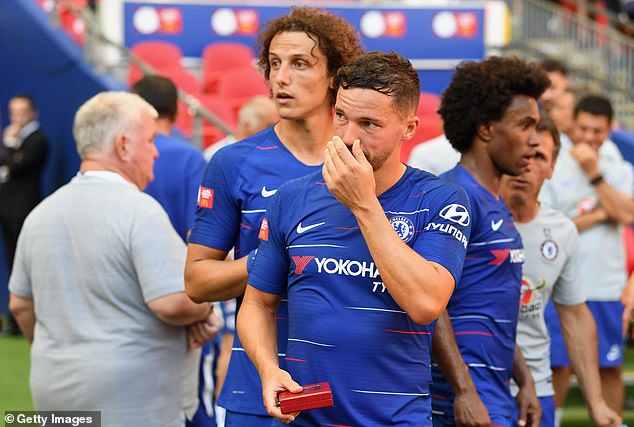 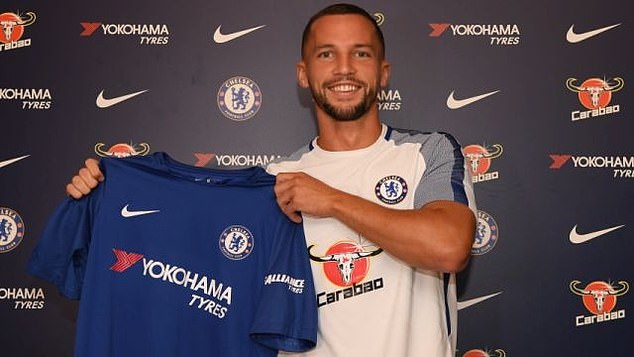 In 2019, he was banned from driving after ploughing his Range Rover through a wall while twice the legal drink-drive limit.

Drinkwater admitted drink-driving and was banned for 20 months after causing £50,000 worth of damage to the car and causing minor injuries to two female passengers.

Later that year, during his loan spell at Burnley, Drinkwater was attacked by a gang outside a Manchester nightclub. It allegedly followed a dispute with Scunthorpe United player Kgosi Ntlhe after Drinkwater tried to chat up his girlfriend.

Drinkwater suffered torn ankle ligaments in the attack, and was also left with a black eye, swollen forehead, bruised shoulders and arms, and cut cheek.

And Drinkwater returned to the news recently when it emerged during the ‘Wagatha Christie’ trial that Rebekah Vardy, wife of Leicester player Jamie, messaged ‘What have you done FFS?’ following his drink-drive crash in a bid to leak the story. 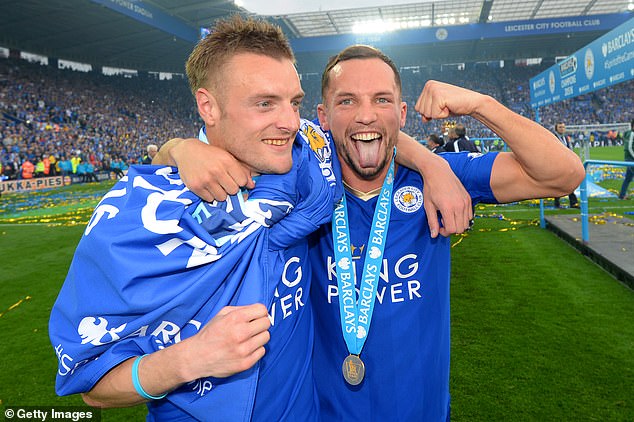 Drinkwater (right) was with Jamie Vardy at Leicester when they won the Premier League title, but Rebekah was alleged to have tried to leak information about his drink-drive car crash

The WAG, 40, told her lawyer Hugh Tomlinson that she made the comments to Drinkwater in a private message on Instagram after the 2019 crash.

Rebekah admitted leaking news to the media via her agent, Caroline Watt, but denied asking Drinkwater for his address so she could send photographers and reporters around to his home.