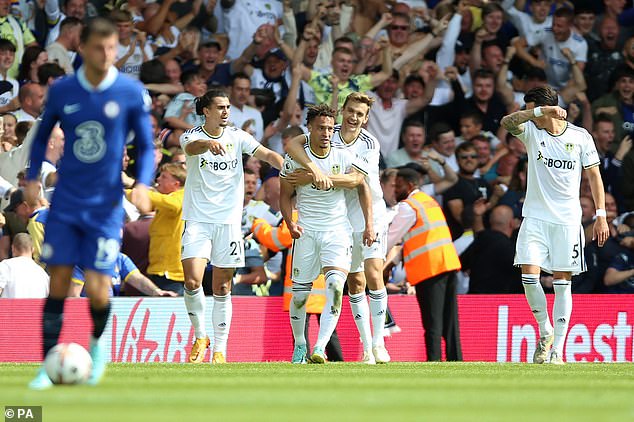 REVEALED: Leeds ran 11km FURTHER than Chelsea in their 3-0 humbling of Thomas Tuchel’s men, with Whites star Brendan Aaronson boasting ‘it shows who wanted it more’

It has been revealed that Leeds ran an astonishing 11km further than Chelsea on route to thrashing the Blues 3-0 on Sunday.

Jesse Marsch’s side continued their impressive start to the campaign as they went third in the Premier League table with the win against the west London side.

Jack Harrison added a third goal for the hosts with a close-range finish to mark a day to forget for Thomas Tuchel and his players at Elland Road.

Leeds’ intensity throughout the match was clear as they pressed from the front and it was later revealed they ran 11km further than their opponents.

Goalscorer Aaronson boasted about his team’s superb performance, saying they simply wanted it more than Chelsea.

Speaking to Sky Sports after the match, he said: ‘We dreamed about it for a long time. It’s a dream come true for me and this club and the progress we’ve made. 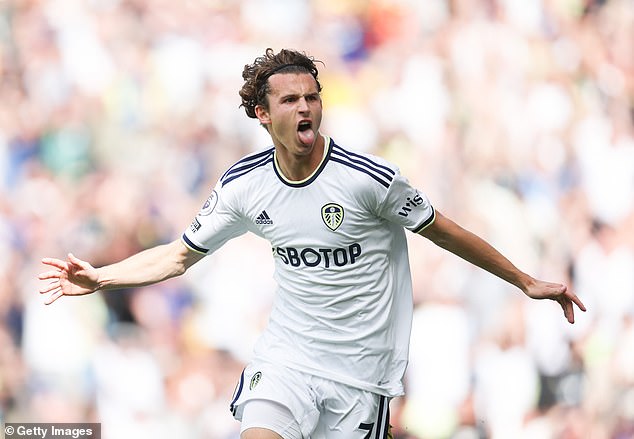 ‘Thanks for this guy [Harrison], he gave a great performance and was also Man of the Match.’

On the distance covered stat, he added: ‘It kind of just shows you who wants it more at that moment in time.’

Harrison paid tribute to the American forward and praised manager Marsch’s tactical plan against Tuchel’s side.

‘Brenden it was a great goal to start us off – so welcome to the Premier League,’ Harrison said. 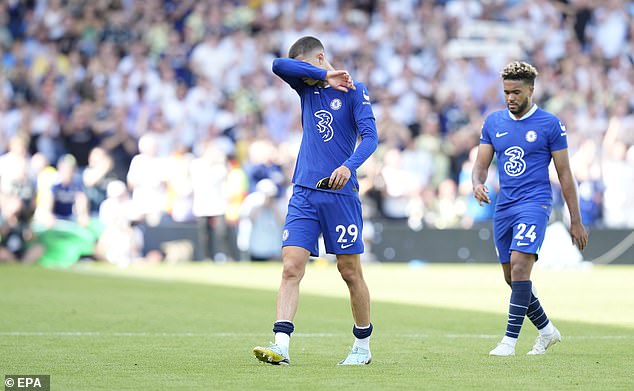 ‘I think we conducted a really good tactical plan from Chelsea and right from the start, it was about coming out strong and being ruthless.

‘Everyone was on the same page and we managed to do that in the first half and set the tone from there. It was a credit to the tactics and the production of the team as well.

‘We have to replicate this performance every week now, it’s difficult to do that but it’s something to aim for. It’s always motivation for us.’