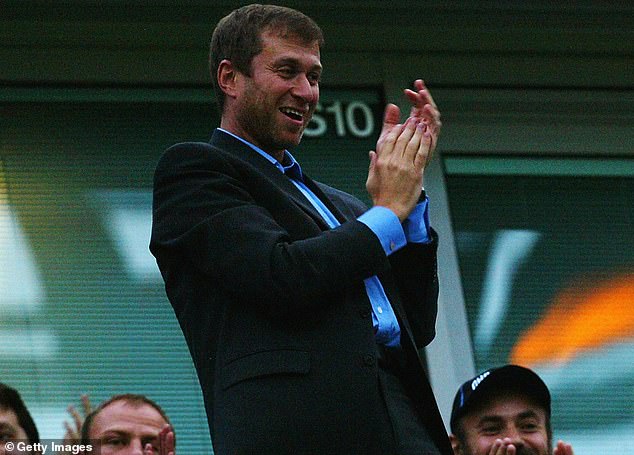 Roman Abramovich is set to call time on his 19-year reign as Chelsea owner after sensationally announcing this week that the club has been put up for sale.

Abramovich, who has won 17 major trophies since taking over at Stamford Bridge in 2003, has placed the Blues on the market amid fears he could be sanctioned by the British government over Russia’s invasion of Ukraine.

His impact at the club has been immeasurable, with Chelsea now a major force in European football almost two decades since he rocked up on the Fulham Road. 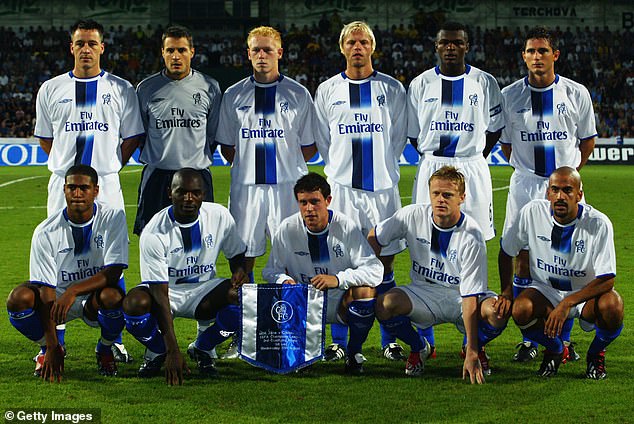 They were already a Champions League club before his arrival, however, and Abramovich’s first match as owner actually came in the qualifying round of the competition against Slovakian club MSK Zilina.

Claudio Ranieri’s men won 2-0 in the first leg to get the new Blues era up and running – but what has happened to each member of the starting XI that night? Sportsmail has taken a look at where they are now.

The 2003-04 campaign proved Cudicini’s last as Chelsea’s No 1 goalkeeper, with the arrival of Petr Cech in 2004 forcing him to play second-fiddle for the final four-and-a-half years of his time there.

After leaving the Blues in January 2009 on a free transfer, he sealed a move to London rivals Tottenham, also serving as backup for Heurelho Gomes and then Brad Friedel.

The Italian shot-stopper brought the curtain down on his career in America with LA Galaxy, spending just over a year in the MLS before hanging up his gloves in 2014. 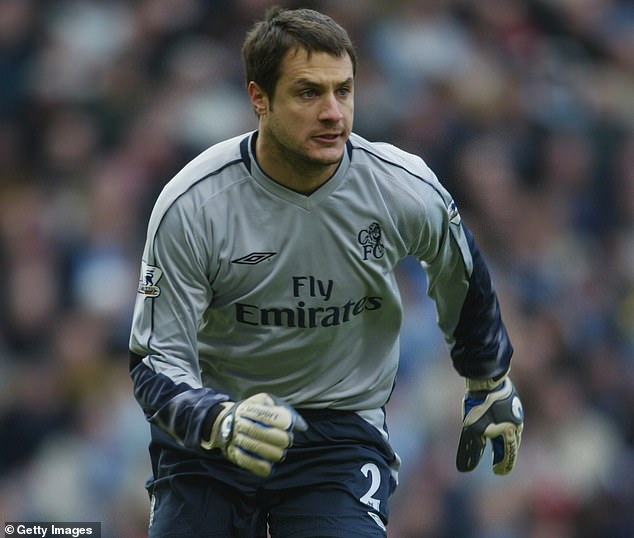 Carlo Cudicini, goalkeeper on that night, only remained Chelsea’s No 1 for another season 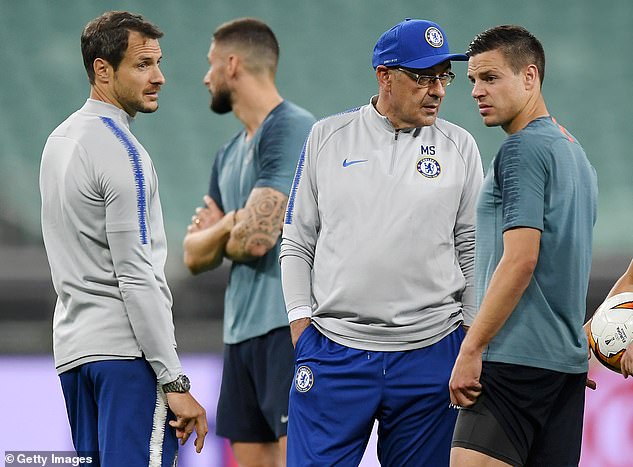 Cudicini initially joined the Republic of Ireland’s Under 21 side as a goalkeeping coach, but in July 2016 he returned to Chelsea as a club ambassador and one of new head coach Antonio Conte’s assistants.

He transitioned into his role as loan player technical coach three years later, which he still enjoys today.

The right-back, who had just sealed a £6million move from relegated rivals West Ham, was an important player in his first two seasons at Chelsea, winning the Premier League and League Cup in 2004-05, before seeing his playing time diminish.

Having played a bit-part role in the 2005-06 season, Johnson spent the following year on loan at Portsmouth and then signed for the club permanently in 2007.

Two years later he secured a move to Liverpool, featuring 200 times and winning the 2012 League Cup, while also coming back to haunt Chelsea by scoring a late winner at Stamford Bridge in 2011.

He eventually retired in 2019 after spending the final four years of his career at Stoke, and since doing so Johnson has mainly been seen working as a pundit for BBC Radio 5 Live and talkSPORT.

The former Blues defender is also a CEO and founder of two businesses; Johnsons Real Estate, which he got up and running back in 2003, and financial investment company Bed Of Honey. 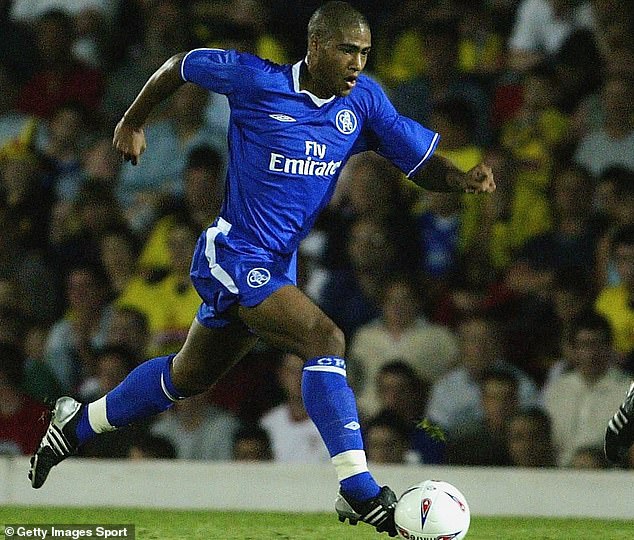 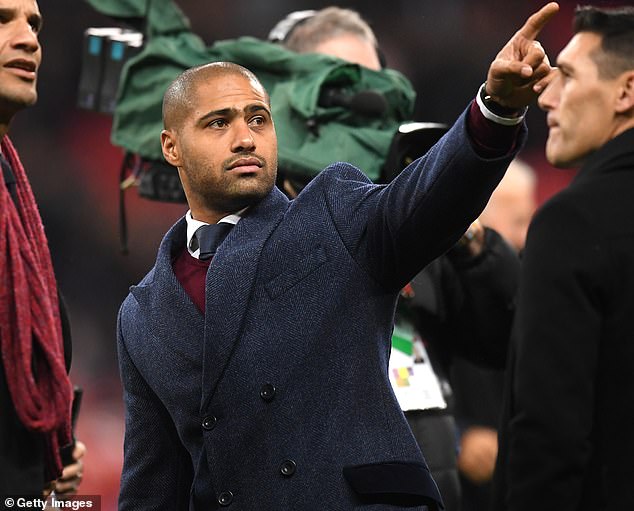 After taking on the vice-captaincy that season, Terry received the armband on a full-time basis when Marcel Desailly departed the following summer.

Of course, he went on to cement a legacy as one of the greatest players in Chelsea’s history; captaining them to five Premier League titles, four FA Cups, three League Cups, the Europa League and the Champions League.

The England centre-back waved an emotional goodbye to Stamford Bridge after picking up his fifth league winners’ medal in 2017, spending the final year of his playing career in the Championship with Aston Villa.

Terry bowed out as a player in 2018 and became assistant manager at Villa, helping Dean Smith guide the club back to the Premier League in his first season as a coach.

He enjoyed three years working alongside Smith in the West Midlands before departing in July 2021, and two months ago the legendary ex-skipper returned to Chelsea as an academy coaching consultant. 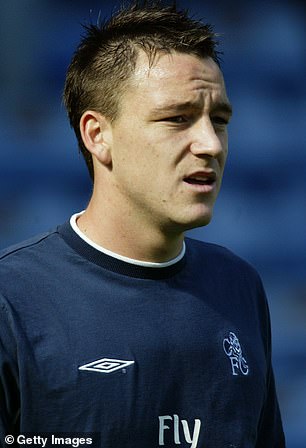 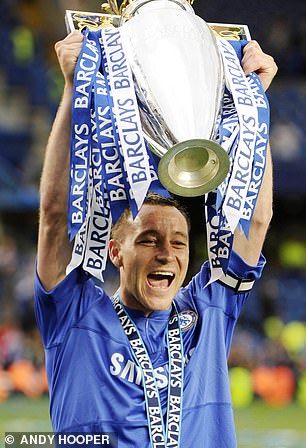 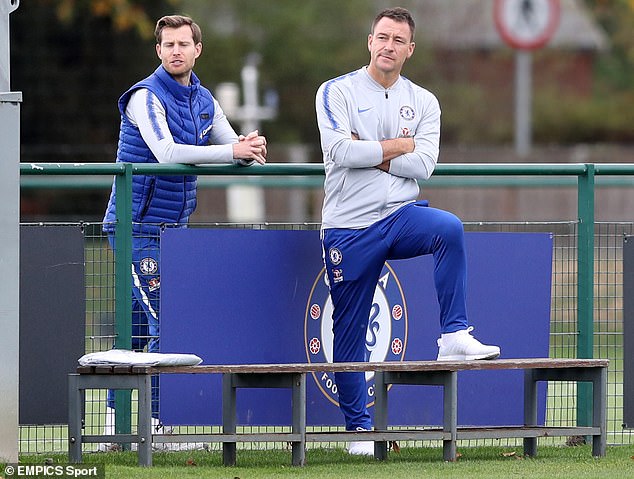 The French defender, who had already made close to 200 appearances in five years at Chelsea when Abramovich arrived, spent one more season at Stamford Bridge before heading to Qatar in 2004.

After two years in the country’s Stars League, Desailly retired from the game having made an incredible 681 professional appearances.

He has worked as a pundit for both BBC, ITV and beIN SPORTS since hanging up his boots, while also carrying out charity work in his native Ghana.

Desailly currently resides in Ghana, where in 2011 he opened the Lizzy Sports Complex, dedicated to his late mother, before offloading it two years ago. 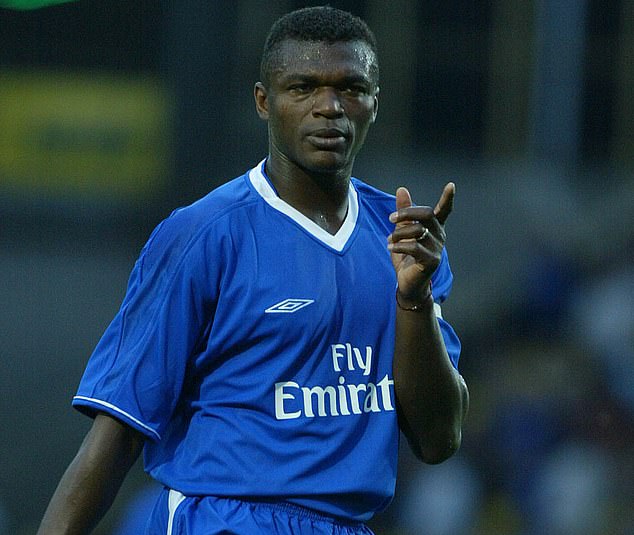 One of Abramovich’s first signings as Chelsea owner was Bridge, who joined from Southampton that summer for just £7million.

The left-back’s debut campaign proved his finest in a Blues shirt, racking up 48 appearances and scoring a famous extra-time winner in their Champions League quarter-final victory over Arsenal.

Over the next four-and-a-half years he made another 94 outings, got his hands on the Premier League, FA Cup and League Cup, and then left to sign for Manchester City in January 2009.

Bridge enjoyed a mere two full seasons at City and, following loan spells with West Ham, Sunderland and Brighton, he ended his playing days in the Championship with Reading.

Since retiring in 2014, he has largely kept himself out of the spotlight when it comes to football. Yet Bridge, who married The Saturdays singer Frankie Sandford in 2014, has been a contestant on popular TV shows I’m A Celebrity Get Me Out Of Here and SAS: Who Dares Wins. 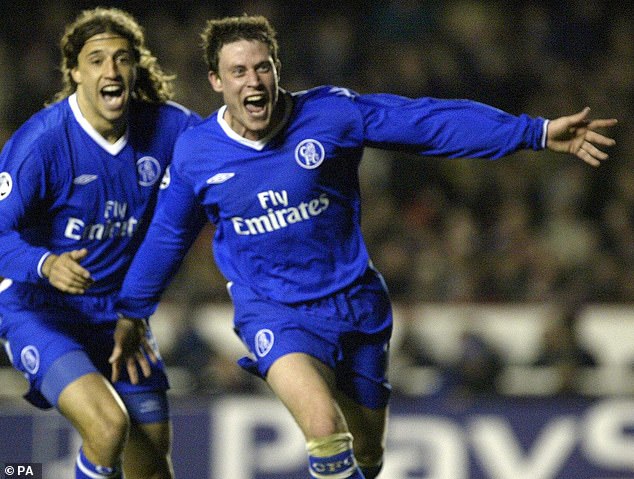 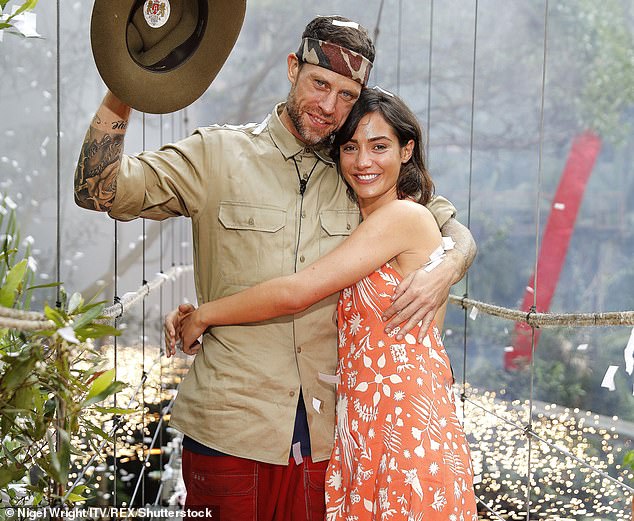 Another one of Abramovich’s early buys, Veron somehow earned himself a £15million switch to Chelsea in the summer of 2003 after failing to impress in two seasons with Manchester United.

Despite scoring on his Premier League debut away at Liverpool, the Argentine midfielder’s time with the Blues was equally miserable, as after 14 underwhelming appearances in his first season he was sent out on loan to Inter Milan for the next two years.

He then headed back to Argentina in 2007 to join Estudiantes on loan before signing permanently the following year, winning the Copa Libertadores in 2009 and then retiring in 2014 to become chairman of the club.

While working as Estudiantes chairman, a position he still holds today, Veron briefly came out of retirement in 2017, vowing to return if fans bought 65 per cent of the boxes at their new Jorge Luis Hischi Stadium. 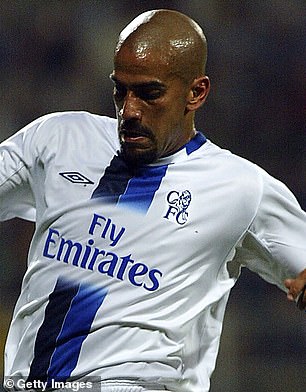 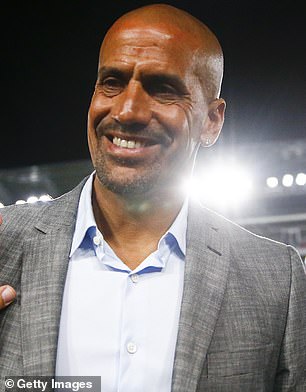 The Cameroon international also arrived at Chelsea in 2003, completing a £7million move from Real Madrid after spending a year on loan in England with Middlesbrough.

After initially becoming a pivotal member of Ranieri’s squad that season, Geremi was used as more of a squad player when the Blues romped home to back-to-back titles under Jose Mourinho from 2004-06.

He left Stamford Bridge in 2007 and spent three more years in England with Newcastle, two-and-a-half of which were in the Premier League before the Magpies were relegated to the Championship.

Geremi only played six months of second-tier football and then enjoyed stints in Turkey and Greece with Ankaragucu and AEL.

Since retiring in 2011, he has become a FIFPRO board member as well as president of the National Union of Cameroonian Footballers. 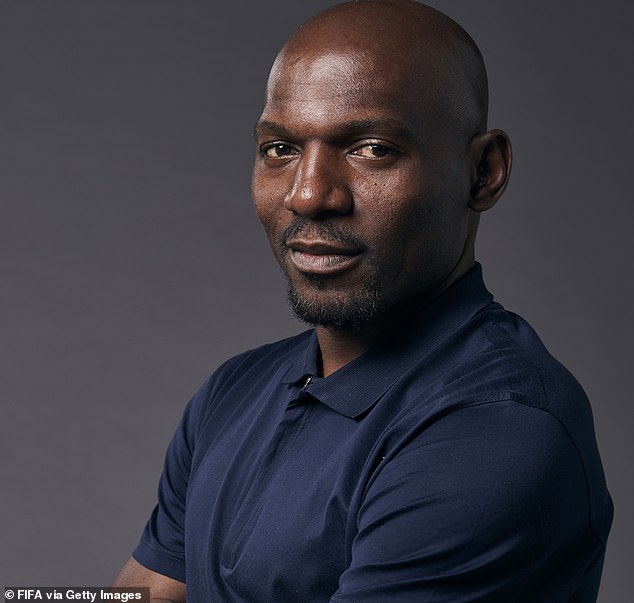 Duff was another of Abramovich’s first purchases in west London, triggering the £17million release clause in his contract at Blackburn.

He only stayed at Chelsea for three years, scoring 19 goals in 125 matches and winning two Premier League titles and the League Cup.

The Ireland winger was sold to Newcastle in 2006, where he spent three years before venturing back to SW6 to join Chelsea’s neighbours Fulham.

Duff made 173 appearances in his time at the Craven Cottage and played a key part in Fulham’s historic run to the 2010 Europa League final, only to suffer an agonising extra-time defeat against Atletico Madrid.

He then enjoyed a brief year in Australia with Melbourne City before concluding his playing career back in Ireland with Shamrock Rovers.

After transitioning into coaching and taking up posts with Shamrock, Celtic and Ireland, Duff was appointed manager of League of Ireland Premier Division club Shelbourne back in November. 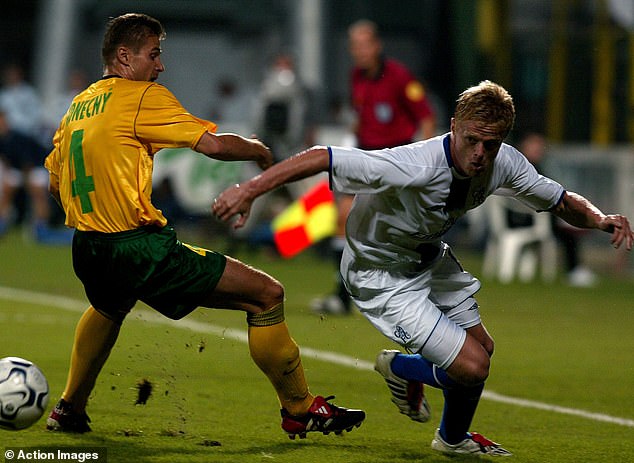 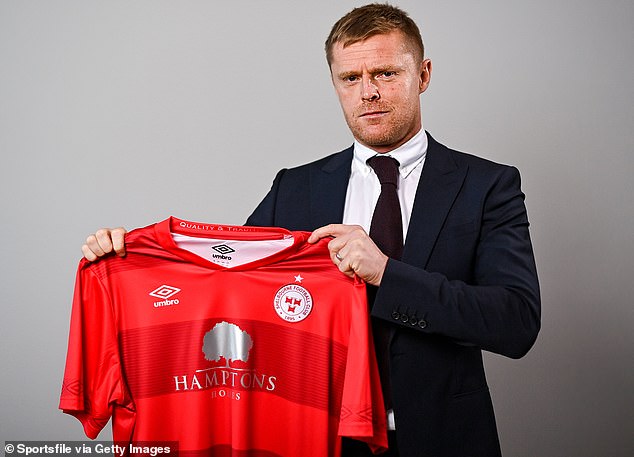 Abramovich’s arrival left homegrown players such as Lampard fearing for their futures amid reports linking Chelsea with a host of star names from abroad.

Though instead of being pushed out of the picture, the England midfielder instead went on to become arguably Chelsea’s greatest ever player; scoring the most goals in the club’s history (211), making 648 appearances and winning three Premier League titles, four FA Cups, two League Cups, the Europa League and the Champions League.

Following short stints with Manchester City and New York City, Lampard retired in 2017 and spent a year working as a pundit for BT Sport before making the leap into management. 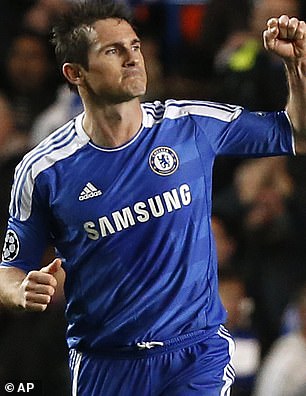 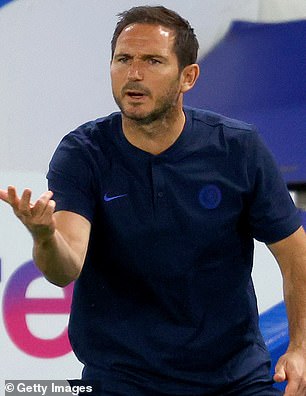 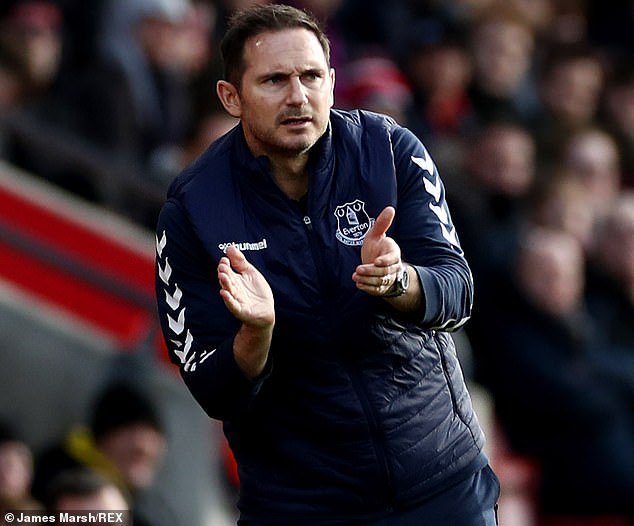 He narrowly missed out on Premier League promotion with Derby in 2019 and then secured his dream job back at Chelsea, but after guiding them to the FA Cup final and a fourth-place finish in his first season he fell victim to Abramovich’s axe amid a dismal run of form halfway through his second.

A year on from his Blues exit, Lampard took the reins at Everton back in January and has won three of his first six games at the helm.

Chelsea’s opening goalscorer in Zilina was embarking on his fourth season at the club when Abramovich took over and, after winning consecutive titles under Mourinho, he eventually moved on in the summer of 2006.

Gudjohnsen signed for Spanish giants Barcelona, the reigning European champions at the time, and won La Liga, the Champions League and the Copa del Rey while scoring 19 goals in 114 games.

He retired from professional football in 2017 with an overall tally of 158 goals in 656 appearances, and since doing so he has been trying his hand as a coach in Iceland, most recently becoming an assistant manager for his national team. 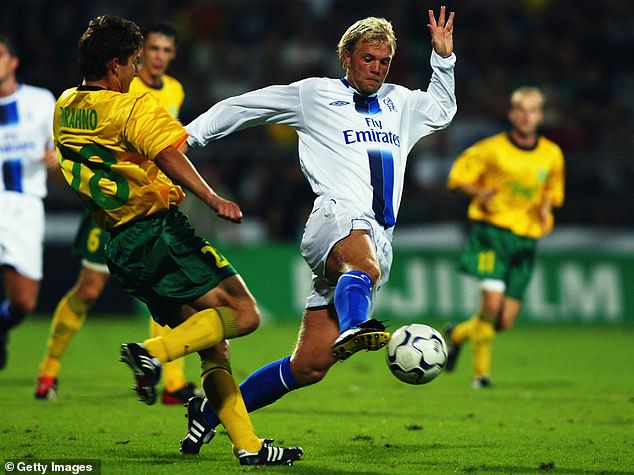 The Finland star spent the majority of his seven-year stint at Chelsea out on loan, sealing a temporary switch to Birmingham after his Champions League qualifying appearance in Slovakia.

He remained on loan at Birmingham for two years before signing for the club permanently in 2005, and after scoring 37 times in 118 matches Forssell secured a move to Germany with Hannover.

Further spells with Leeds, HJK, VfL Bochum and HIFK came before his playing career ended in 2018.

Since bowing out, Forssell has mainly worked as a coach for Finnish outfit HJK’s Under 20 and Under 17 sides. 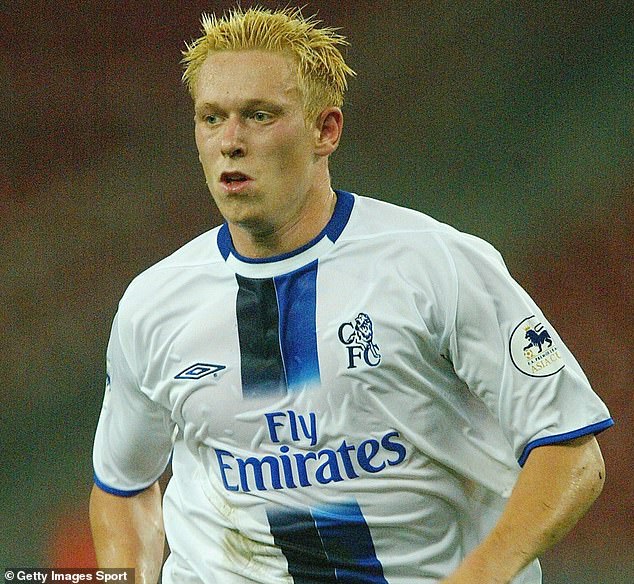