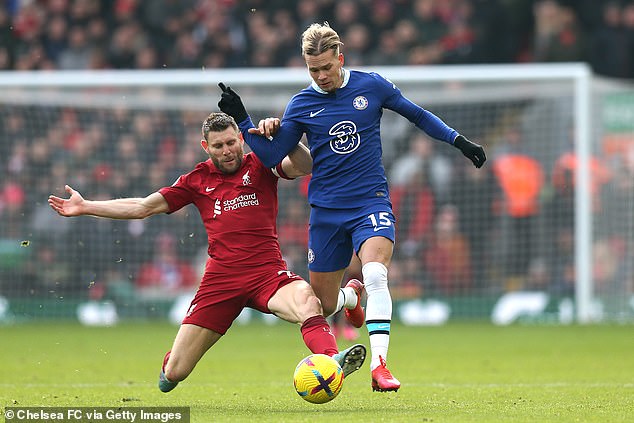 Already up to speed! Mykhailo Mudryk beats Anthony Gordon’s record to become the fastest player in the Premier League this season after reaching 22.76MPH in a sprint during Chelsea’s goalless draw with Liverpool

Mykhailo Mudryk has already broken a Premier League record for this season after he clocking in a top speed of 22.76mph on his Chelsea debut against Liverpool at the weekend.

Chelsea’s new £88million signing dazzled fans with his neat footwork and sublime dribbling at Anfield in the goalless draw and now already has a record to his name after just one game in England’s top-flight.

According to Opta, Mudryk has beaten this season’s top speed record set by Anthony Gordon back in November, with the Ukrainian just edging the Everton star.

FASTEST SPEEDS IN THE PREMIER LEAGUE THIS SEASON (MPH)

The 22-year-old has already endeared himself to Chelsea fans before even stepping onto the pitch, after he was filmed by his personal trainer doing weight training and endurance work to help him hit those top speeds.

Liverpool striker Darwin Nunez briefly held the top speed record for this season back in October, when he clocked in a speed of 22.68mph against West Ham.

However, Gordon went on to pip his Merseyside rival a month later, going that little bit faster in Everton’s 3-0 win over Crystal Palace at Goodison Park – which the youngster scored in.

Mudryk is also to have reached the same blistering speed in the Champions League group stages as well, clocking in a top speed of 22.7mph for Shakhtar Donetsk – topping the speed sheets with Barcelona’s Ousmane Dembele. 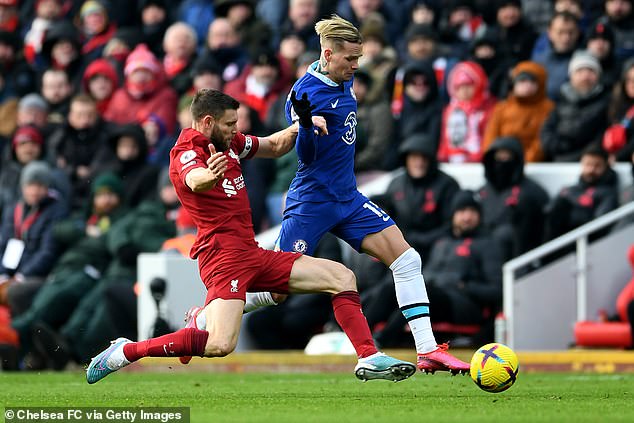 36.63 – Mykhailo Mudryk recorded a top speed of 36.63 km/h against Liverpool, the fastest speed recorded in the Premier League this season.

Mudryk earned comparisons to Blues icons Eden Hazard and Arjen Robben following his impressive cameo at Anfield, while Chelsea boss Graham Potter has admitted that he faces a ‘balancing act’ of who to select following the 22-year-old’s performance.

‘Stability helps the team and we need to be as stable as we can while acknowledging the competition in our squad,’ he said.

‘It is a balancing act and every game brings a slightly different demand. You don’t always get it right but that’s the challenge.

‘Mudryk hasn’t played since November so it would have been a risk to start him but he was very good coming on. 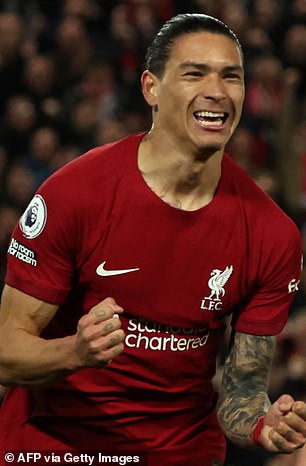 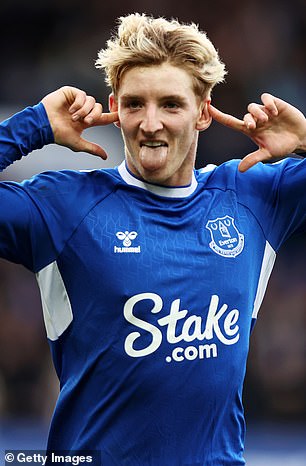 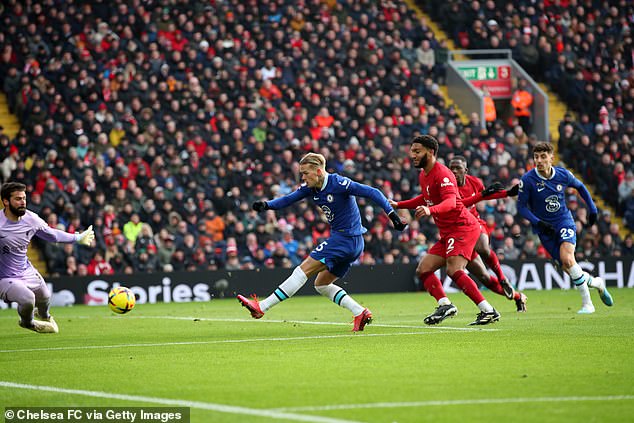 ‘He’s only had two sessions with us and will get better the more he understands us and vice-versa. He can get supporters off their seats. His dribbling actions are high and knows where the goal is.

‘Our job is to help setline him into the country and the team. He and Joao Felix are top players.

And while it has only been one game, Cesar Azpilicueta believes it will not take long for the new arrival to get up to speed.

‘It was his first game since November so, for him, it was like pre-season.

‘He played 35 minutes at Anfield so it’s not the easiest debut and I think he did brilliant.

‘He’s a player who can have that mix between playing good football with his feet and also running the space, you could see his speed.’