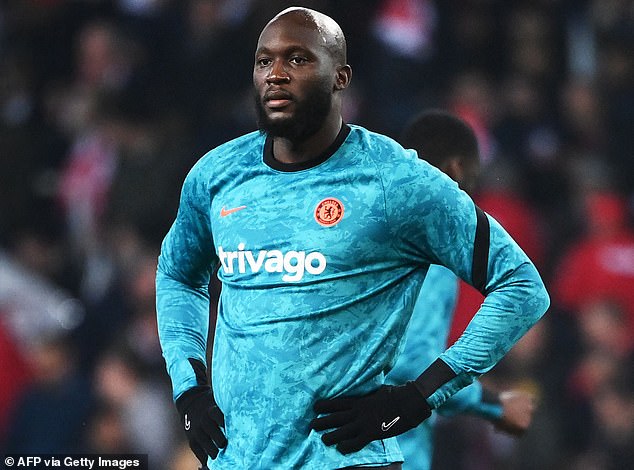 Romelu Lukaku has been brought back into Chelsea’s starting XI for their Premier League showdown with Arsenal on Wednesday night.

The Belgian striker, who has not scored a league goal in 2022, is making his first start for Thomas Tuchel’s side since their 1-0 win away at Crystal Palace on February 19.

He has been deployed in attack alongside Timo Werner and Mason Mount, who will hope to help their misfiring team-mate end his month-long goal drought.

Lukaku last scored in Chelsea’s FA Cup quarter-final win over Middlesbrough on March 19, but his last strike in the league came against Brighton on December 29.

His £98million return to Stamford Bridge has proven disastrous so far this season, with the explosive Sky Italia interview which rocked Chelsea’s campaign at the start of the year seemingly affecting his form in front of goal.

Blues head coach Thomas Tuchel told Sky Sports about Lukaku’s return to the side against Arsenal: ‘You were asking so much about him so I finally put him in! Kai Havertz is overloaded so it was the moment to go with Romelu.’

The first goal of Lukaku’s second spell at Chelsea came away at the Gunners back in August, and when asked if that played a part in his thinking on Wednesday Tuchel admitted: ‘A little bit. If you have a good experience, a good memory against an opponent it can help. 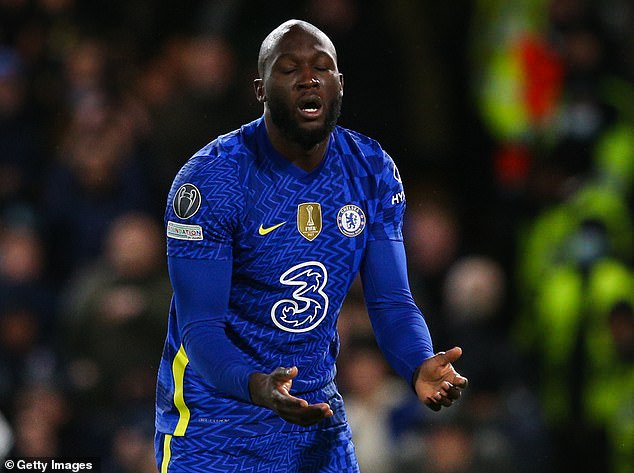 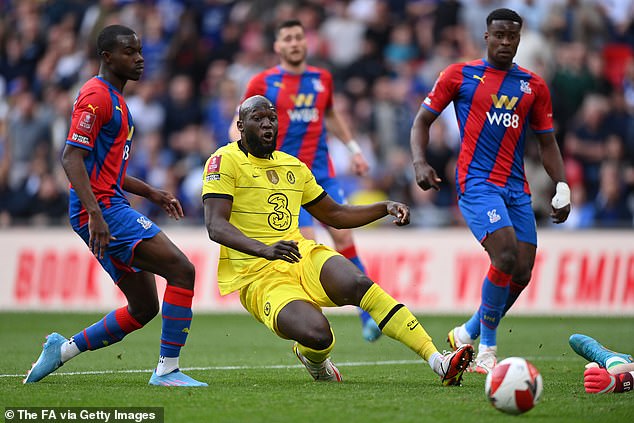 ‘It was not the main reason – he deserves to play first of all and Kai is a bit tired. Also a little bit that he had a good game in the first match.’

Lukaku endured a frustrating afternoon in Chelsea’s FA Cup semi-final win over Crystal Palace on Sunday, missing a glorious chance from close range late on after coming off the bench at Wembley.

He also spurned two big opportunities in their recent Champions League defeat at home to Real Madrid, sending a couple of headers wide of the post.

After his latest blunder against Palace, former Chelsea star Joe Cole warned Lukaku that he has six weeks to save his career at the club.

‘Lukaku has six weeks to save his Chelsea career. You look at Werner and he doesn’t give up. Lukaku wants to be that focal point but he missed a chance.

However, ex-Chelsea centre-forward Jimmy Floyd Hasselbaink believes Lukaku can still make his second stint at the club a success.

When asked if it could still end well for him in west London, Hasselbaink said on Sky Sports: ‘I do think it can. As a manager you never give up on your players especially when they come for that kind of price tag.

‘For Lukaku it’s a great opportunity playing against Arsenal, in a local derby, get your form back. Get a goal, work hard – for me he needs to move a little bit more. He’s getting chances, it’s just a matter of time for me that he’s going to score. He can’t be giving up.’