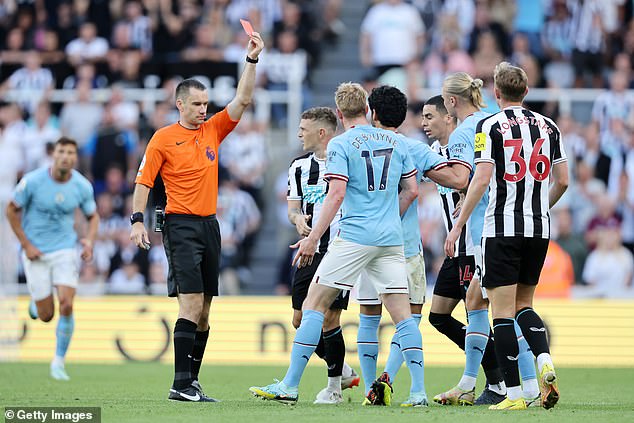 CHRIS SUTTON: They got the call right in the end… as cynical as the foul was, Kieran Trippier didn’t catch Kevin De Bruyne badly and Jarred Gillett overreacted by initially showing him a red card

All we can ask is: did VAR do its job? The answer is: yes it did.

Showing a red card to Kieran Trippier for stopping a Manchester City attack by bringing down Kevin De Bruyne was harsh.

As cynical as it was, he didn’t catch De Bruyne badly, so it was a yellow, no more, no less.

I can understand why a few City fans will disagree.

But then if this was the other way around — if De Bruyne had brought down Trippier — they’d be arguing it was a yellow, not a red.

It was good that VAR Peter Bankes gave referee Jarred Gillett the chance to have a second look at this incident on his pitch-side monitor.

Gillett had overreacted to Trippier’s foul in real time, which can happen in the heat of the moment.

The Australian was then able to use the replays to make a more balanced judgment.

The correct call was reached in the end, so we can say that VAR did its job at St James’ Park. 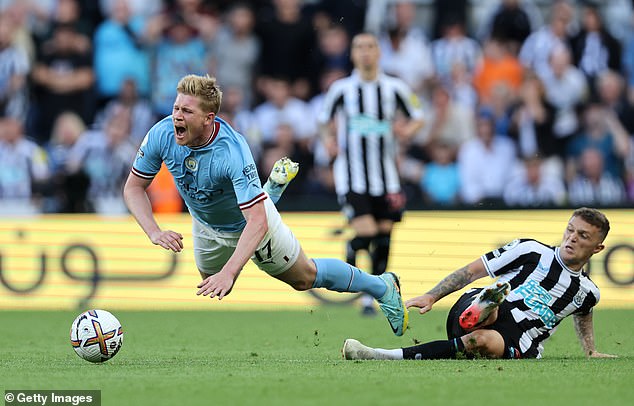