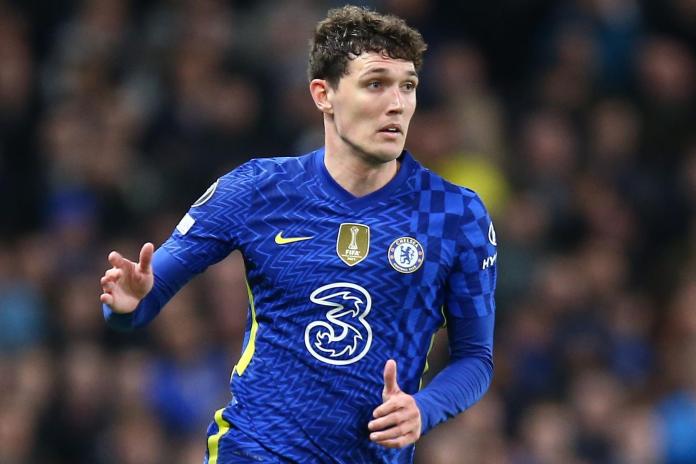 Blues centre-back Christensen was given a tough time by Real hat-trick hero Karim Benzema, as well as Vincius Junior, as the title-holders were well beaten in the first leg of a Champions League quarter-final.

It was a fine return to Stamford Bridge for former Chelsea manager Carlo Ancelotti but a rather more sobering occasion for Denmark defender Christensen, who was replaced at half-time.

Chelsea manager Thomas Tuchel has already said it is beyond his side to turn around their fortunes in the second leg against the Spanish giants.

London club Chelsea are in a state of off-field suspended animation after they were put up for sale by Roman Abramovich following the freezing of their billionaire owner’s assets by the British Government as a result of Russia’s invasion of Ukraine.

On the field, Chelsea are next in action away to Southampton in the Premier League, with the third-placed Blues currently 13 points adrift of Liverpool, who are second one point adrift of leaders Man City.

Christensen, reflecting on the first leg against Real, told Chelsea’s website: “We have to try and turn it around but it’s going to be difficult.

“We weren’t on top and we know that, but we have nothing to lose so we have to go there, put in a big performance and hopefully turn it around.”

“We have conceded seven goals now in two games, which is not normal for us,” said Christensen, 25.

“It’s not just about this game, we did it as well at the weekend. We have to fix it, and we have to do it quick,” he added.