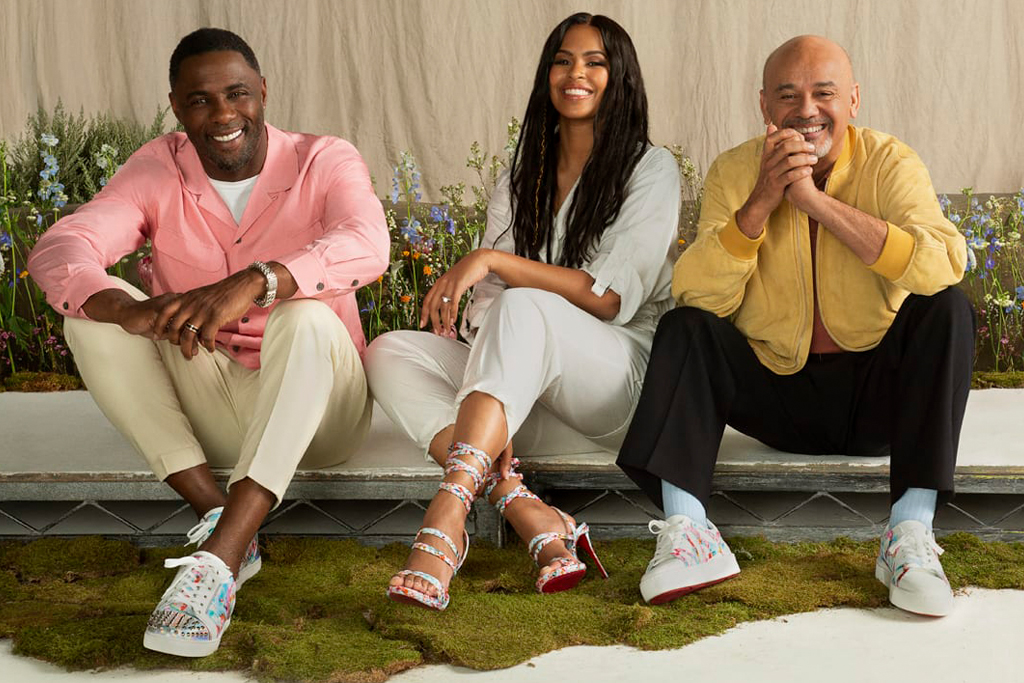 When Christian Louboutin does a collab, he makes sure its counts.

The French shoe designer is teaming back up with Idris Elba and his wife Sabrina for another round of their capsule collection, “Walk A Mile In My Shoes,” a collaboration dedicated to diversity and inclusion and born of 2020’s social and racial justice activism movement.

For the second iteration of the capsule, which debuts today, Louboutin and the Elbas looked to the couple’s African roots. A custom print called “Celebration” is done with three flowers: the Protea (the national flower of Somalia), the cotton tree (the national flower of Sierra Leone) and the Desert Rose (the national flower of Ghana). The Elbas also worked with the designer to create a handful of new styles with special meaning:  The Maryam sandal is dedicated to Sabrina’s mother and her Somalian heritage, while the 2002SL sneaker is named after Sierra Leone — part of Idris’s heritage — and also includes the birthdate of his daughter.

Just as it did with its first capsule, which launched a year ago, 100 percent of the proceeds from “Walk a Mile in My Shoes Season II” will benefit grassroots organizations dedicated to social equality. This year, Louboutin and the Elbas chose six programs centered on education, the arts and youth empowerment, with funding in the U.S. focusing on Art Start, a New York-based organization that harnesses the power of the creative process to support historically marginalized youth.

The trio’s first collaboration last year was inspired by a visit Idris made to the Martin Luther King Jr memorial in L.A., and was meant as a call to action to support the victims of police brutality and racial injustice in the United States, small farmers and their children in Somalia, disconnected underserved youth in England and orphaned children and young girls in Sierra Leone.

The new collection is comprised of 13 different footwear styles along with three handbags, all available now through the Christian Louboutin site.