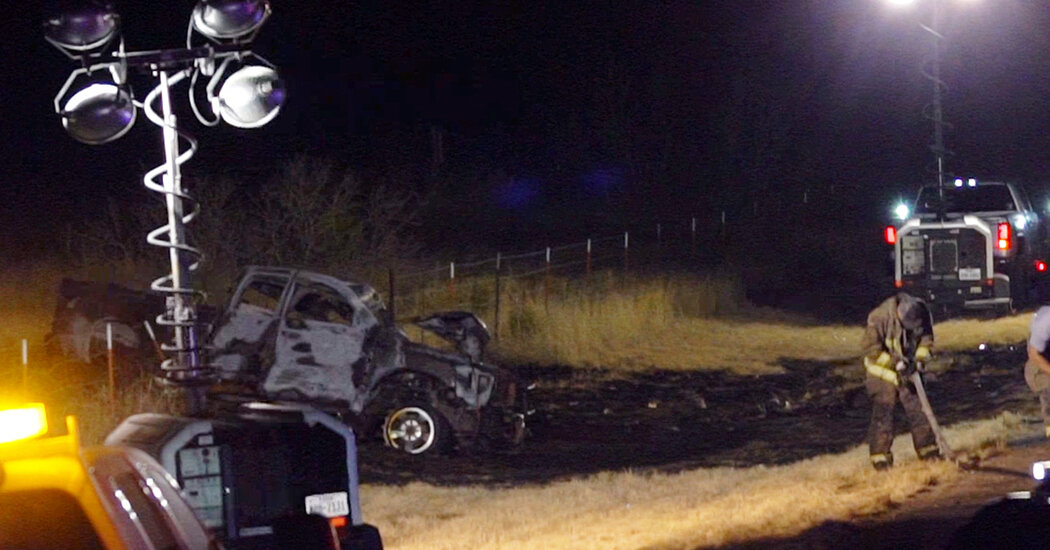 Seven people from the University of the Southwest died after its men’s and women’s golf teams were involved in a fatal wreck in Texas on Tuesday night, officials from the Christian university in New Mexico said Wednesday.

“The U.S.W. campus community is shocked and saddened today as we mourn the loss of members of our university family,” the university said in a statement that also said that two passengers were in critical condition and being treated in Lubbock, Texas.

Although the university did not identify any of the victims by name, it said its golf coach was among the people who had died in the wreck, which it said happened when its bus was “struck by oncoming traffic.” A spokeswoman for the university in Hobbs, N.M., said the only people aboard the bus were the golf coach, Tyler James, and students.

The Texas Department of Public Safety, which is investigating the wreck, did not immediately respond to a request for comment on Wednesday. But a spokesman, Sgt. Steven Blanco, told local news outlets that the other vehicle involved in the crash had been a pickup and that at least one person in the truck died.

The golf teams had traveled to Texas, where many of their players had gone to high school, to compete in a collegiate tournament in Midland. The crash happened in nearby Andrews County.

James was new to the nondenominational religious university, hired just last summer as coach after he had worked at other Christian universities and at a high school about 120 miles southwest of Fort Worth.

The U.S.W. sports program, which competes in the National Association of Intercollegiate Athletics, is a part of the undergraduate experience for most students, according to federal records. Between July 2019 and June 2020, it earned revenues of about $3.5 million and recorded just more than that in expenses.