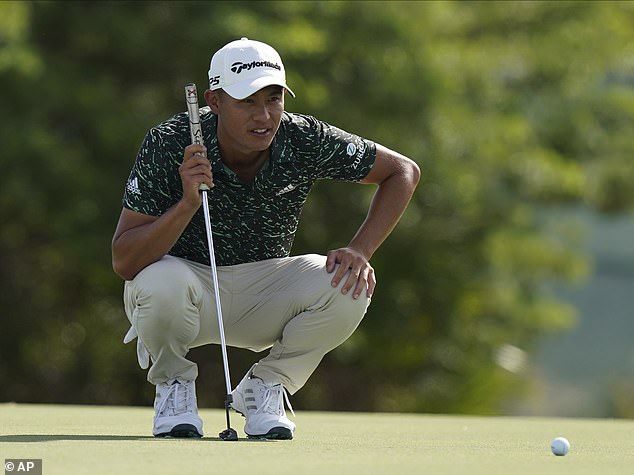 Collin Morikawa squandered a five-shot lead and the chance to become world No 1 as Viktor Hovland emerged victorious from an extraordinary final round of the Hero World Challenge.

Hovland began the day six shots off the pace but carded a closing 66, which included back-to-back eagles on the 14th and 15th, at Albany to secure his third title of the season.

The 24-year-old Norwegian, who successfully defended his Mayakoba Classic title on his last start, bogeyed the last two holes to finish 18 under par, a shot ahead of American Scottie Scheffler. 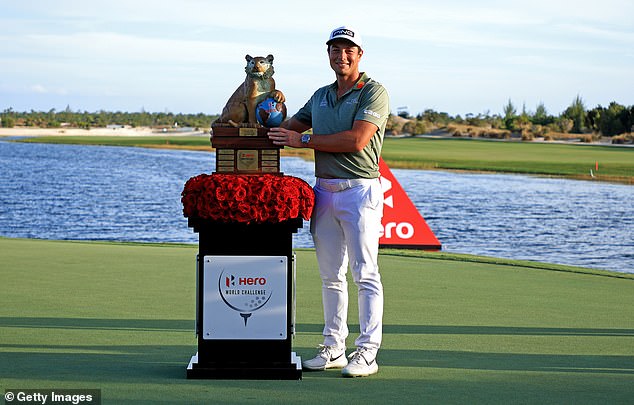 Scheffler had looked out of contention when he ran up a triple-bogey seven on the fourth, but birdied the sixth and ninth and picked up six more shots in a seven-hole stretch from the 11th to briefly share the lead.

Hovland had made a hat-trick of birdies from the sixth and also birdied the 11th before dropping his first shot of the day on the next, but then holed a bunker shot on the short par-four 14th and followed it with another eagle on the par-five 15th to take command of the tournament.

A birdie on the 16th took the Ryder Cup star three shots clear and allowed him the luxury of two closing bogeys, with tournament officials also clearing him of a potential rules violation as he removed a loose impediment on the 17th green.

‘I didn’t think a win was going to be very possible but I know this golf course is tricky,’ Hovland told Golf Channel. 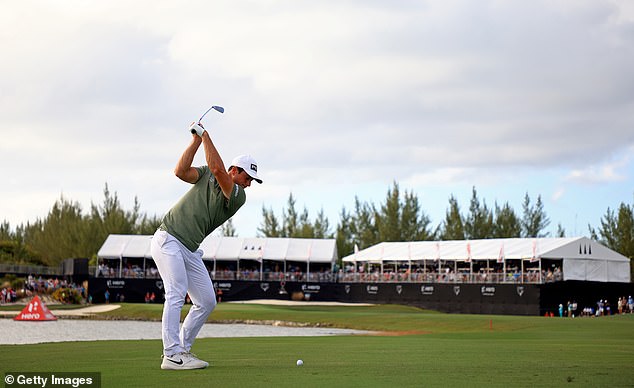 ‘You can make a lot of birdies and make up a lot of ground but it’s very easy to make bogeys and doubles and I knew if I put a good score up there you never know what’s going to happen.’

Tournament host Tiger Woods was on hand to watch the closing stages and Hovland added: ‘It’s really cool being Tiger’s event, that’s incredible to be a part of and especially to win it. I haven’t really done all that well in these limited-field events so that’s going to change.’

Morikawa, who would have replaced Jon Rahm at the top of the world rankings with a win, double bogeyed the fourth and sixth after losing a ball in dense bushes on each hole, although the Open champion could at least blame having mud on his ball on the second occasion.

The 24-year-old, whose victory in the season-ending DP World Tour Championship ensured he became the first American to win the European Tour’s money list title, also duffed a chip on the ninth in a front nine of 41 and eventually signed for a closing 76 to finish in a tie for fifth. 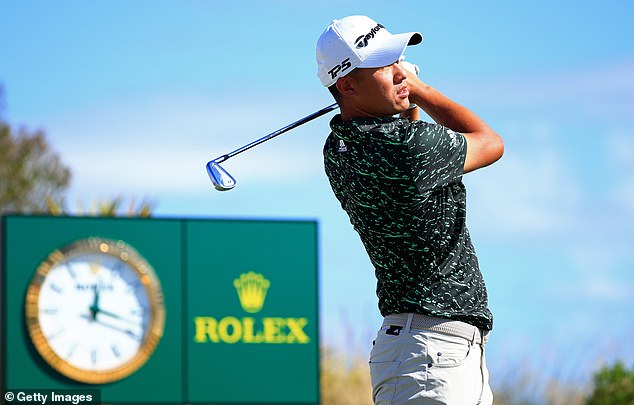 Sam Burns, who was in a share of the lead before needing four attempts to chip up a steep slope on to the 14th green, shared third place with former Masters champion Patrick Reed on 15 under.

To add to the sense of chaos, playing partners Jordan Spieth and Henrik Stenson had earlier been handed two-shot penalties for playing from the wrong tee on the par-five ninth.

That led to a triple-bogey eight for Spieth and a seven for Stenson, with Spieth also carding a triple bogey, a double bogey and four birdies on the back nine in a closing 76 to finish last in the 20-man field, five shots behind Stenson.