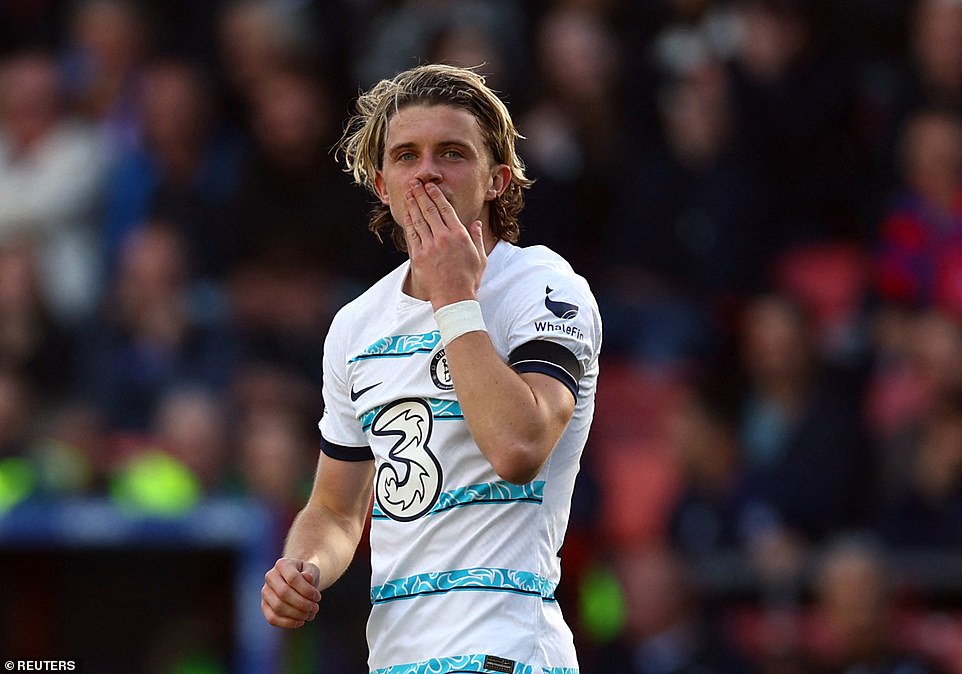 Conor Gallagher was cheered on to the pitch by Crystal Palace supporters and then broke their hearts with a stunning 90th-minute winner for Chelsea.

Midfielder Gallagher was given a standing ovation when he entered the fray in the 76th minute in recognition of his brilliant loan spell here last season which ended with him winning both the fans and players’ player of the year awards.

Fourteen minutes later he was performing the now standard muted celebration while his teammates mobbed him after scoring against his old club to earn Graham Potter a victory in his first Premier League game in charge. 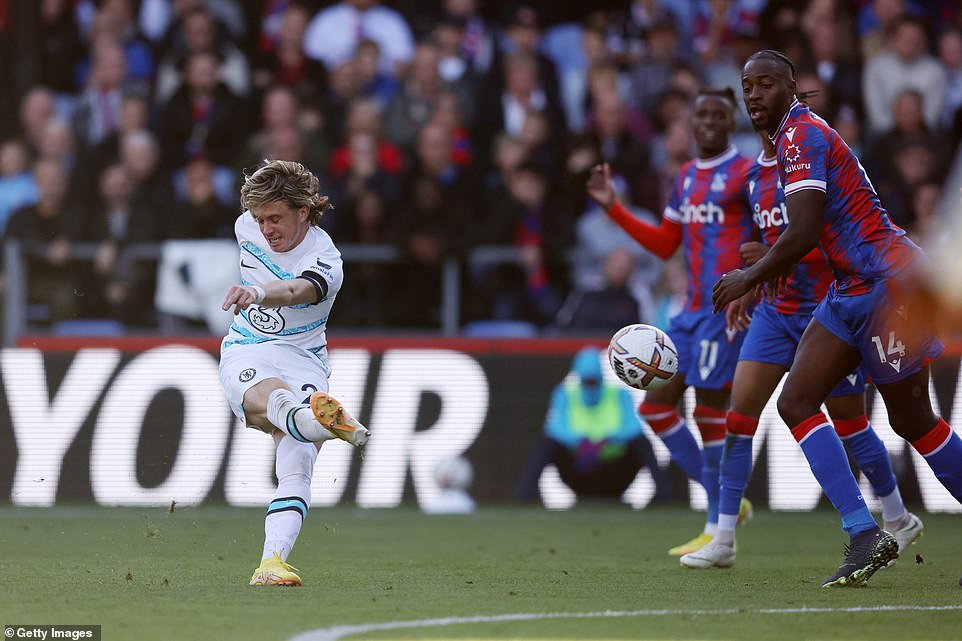 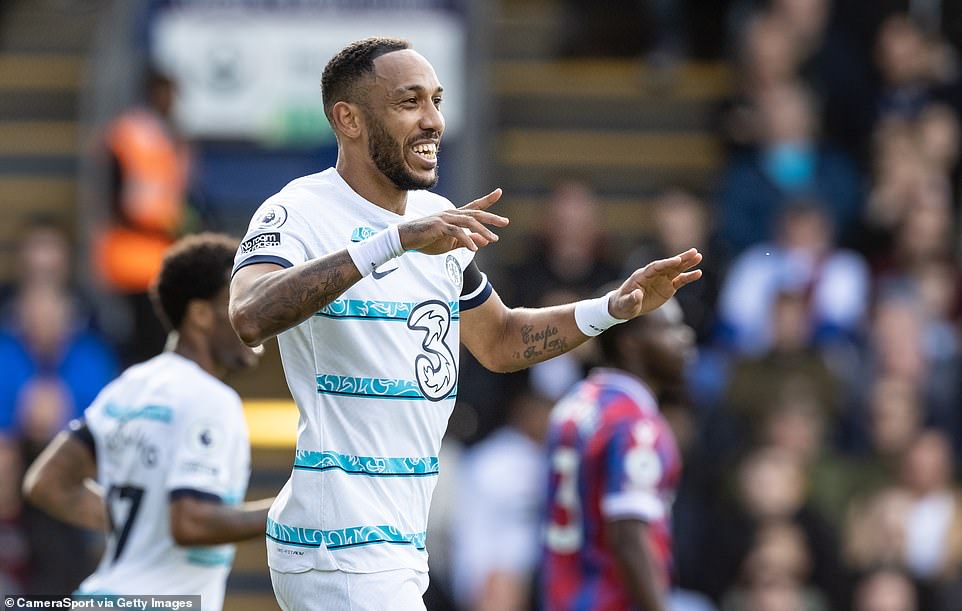 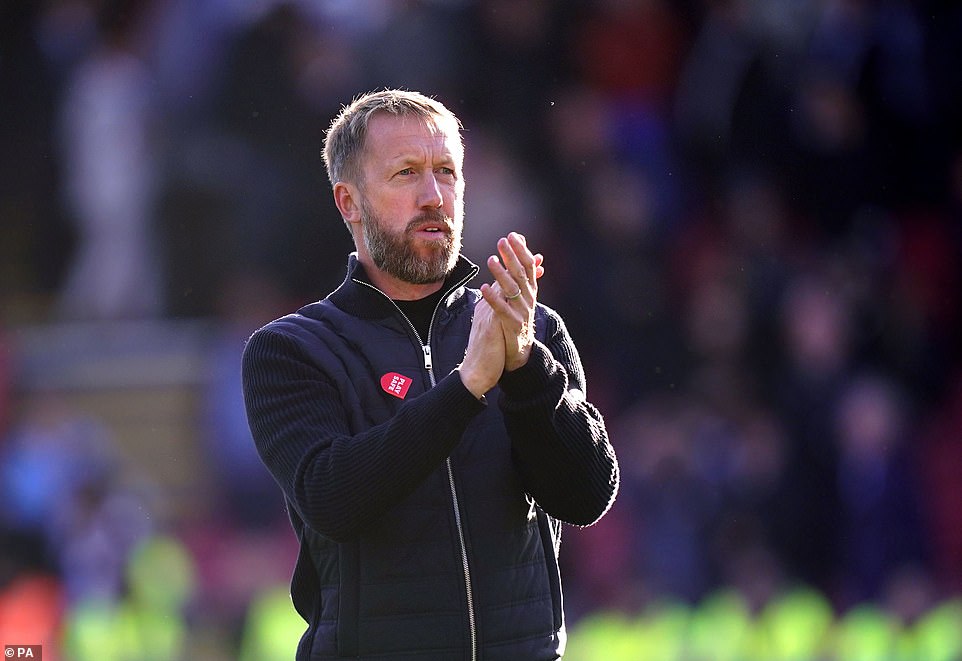 It must have been so hard for Gallagher to keep his emotions suppressed. This was his first ever goal for Chelsea and one certainly worthy of celebrating.

It was a huge moment for the 22-year-old who is hoping to build on his Palace spell by making the grade at his boyhood club having not enjoyed the smoothest of starts to this campaign — getting sent off against Leicester and missing out on the final England squad ahead of the World Cup.

Palace manager Patrick Vieira stood stony-faced in his technical area after seeing the youngster he helped develop so impressively, and into an England international last season, return to haunt his former side.

It was one final setback for the Frenchman on an ultimately frustrating afternoon.

They surrendered a one-goal lead on their way to defeat and were also on the wrong end of the game’s VAR controversy, salt being rubbed into their wounds when Thiago Silva set up Pierre-Emerick Aubameyang’s equaliser five minutes after he might have been sent off for a deliberate handball. 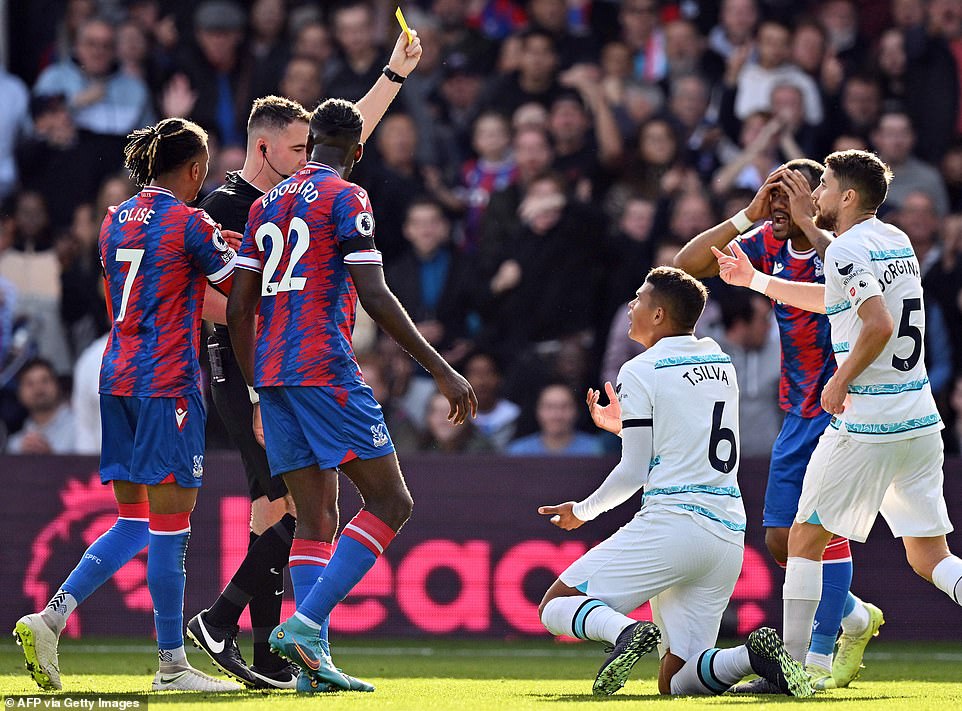 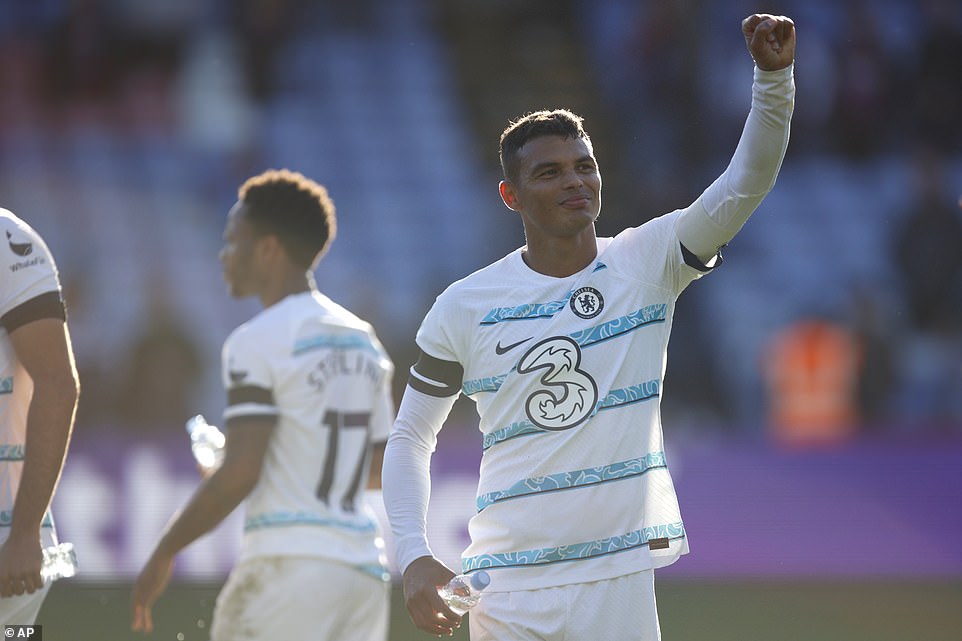 The Brazilian, 38, then went on to provide the assist for Aubameyang’s brilliant finish on the swivel just moments later

That left Palace raging and chairman Steve Parish taking to Twitter to vent his fury at what threatened to be the game’s biggest talking point … until Gallagher struck at the death.

He collected the ball after fellow sub Christian Pulisic drove inside from the left and got a bit fortunate that his first touch went through Jean-Philippe Mateta’s legs.

But there was nothing lucky about Gallagher’s sublime finish, bent perfectly from 25 yards just beyond Vicente Guaita’s grasp and into the top corner.

It was the second display of high quality finishing that Chelsea produced to get Potter off to a winning start as Blues boss in the league.

Chelsea dominated possession and looked like they might have to settle for a point until two of Potter’s late subs combined. 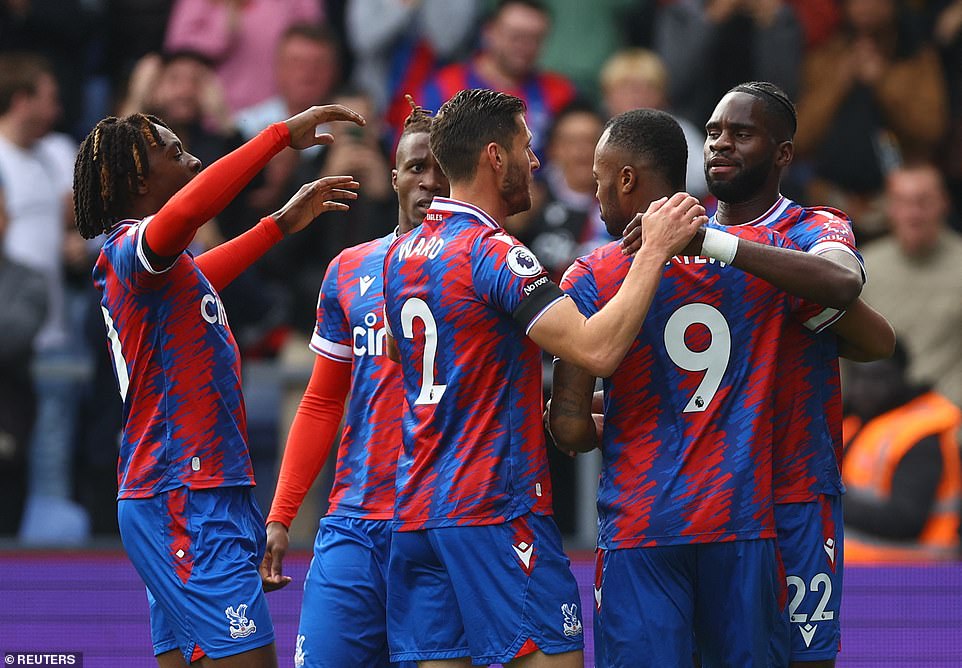 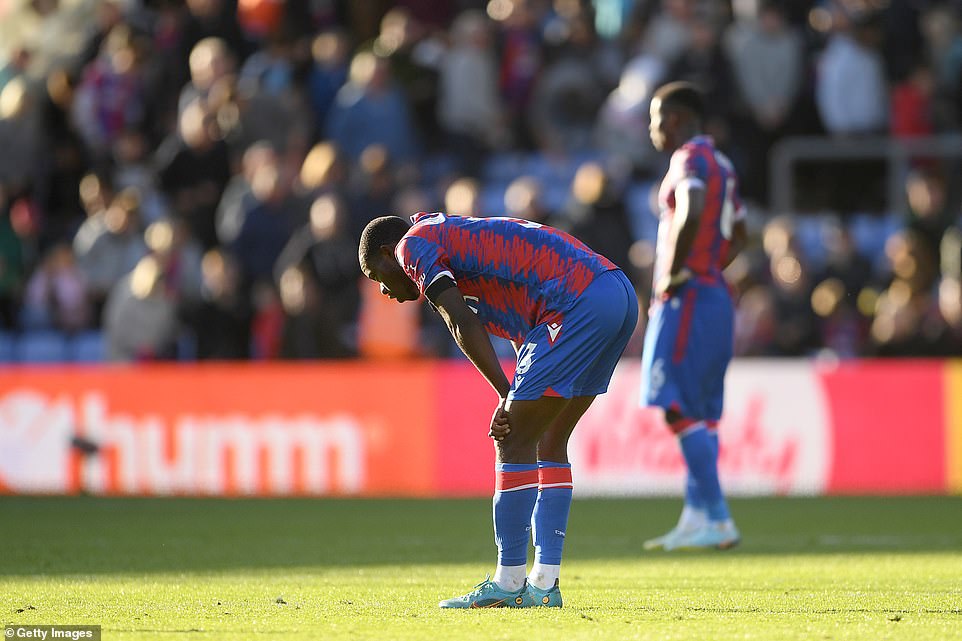 Along with the victory, the success of those game-changing interventions were another positive for Potter on his league bow in the Chelsea dugout.

And so was this being his first success against Palace at the eighth attempt, one that also ended Chelsea’s run of three successive away defeats.

Potter said: ‘I’m delighted for Conor. It’s a fantastic strike. He has a lot of respect for Crystal Palace as you can see by his reaction but he’s a Chelsea player now and it’s a great goal for us.’

Vieira said: ‘He deserves it [the reaction from Palace fans] and that just shows the type of fans that we have in our football club.

‘He had a really good season with us last year and that is the way the fans show appreciation for what he did last year. Of course it is a good goal but we shouldn’t have allowed him to take that chance because we had enough people around the ball to stop him taking that chance.’

The end for Palace was in stark contrast to the start.

From their first attack the hosts went ahead with a little help from Blues defender Wesley Fofana.

Firstly he gifted possession to Odsonne Edouard and then failed to get back in position in time to prevent the Palace striker converting Jordan Ayew’s cross on the stretch. 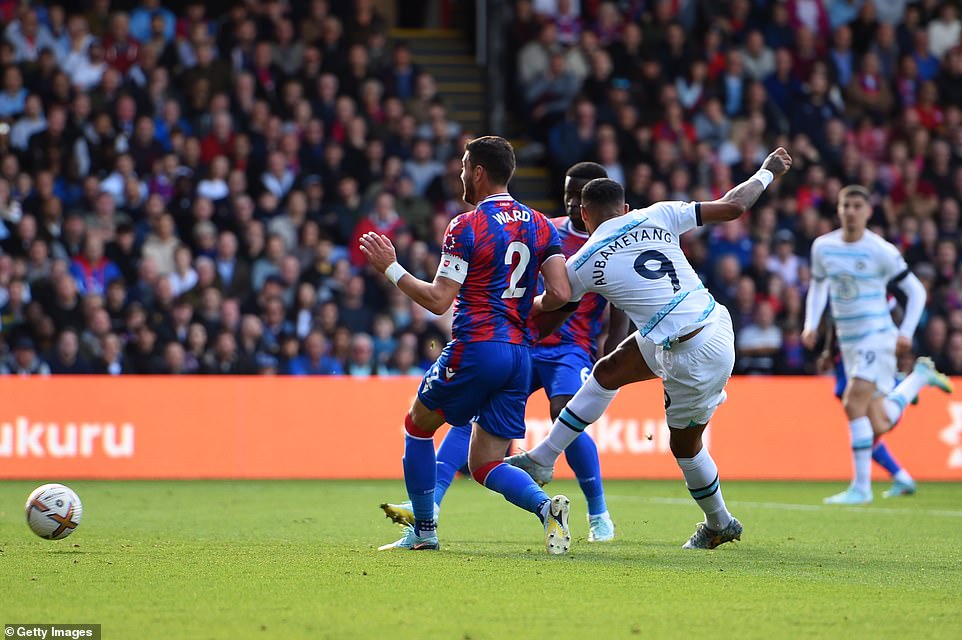 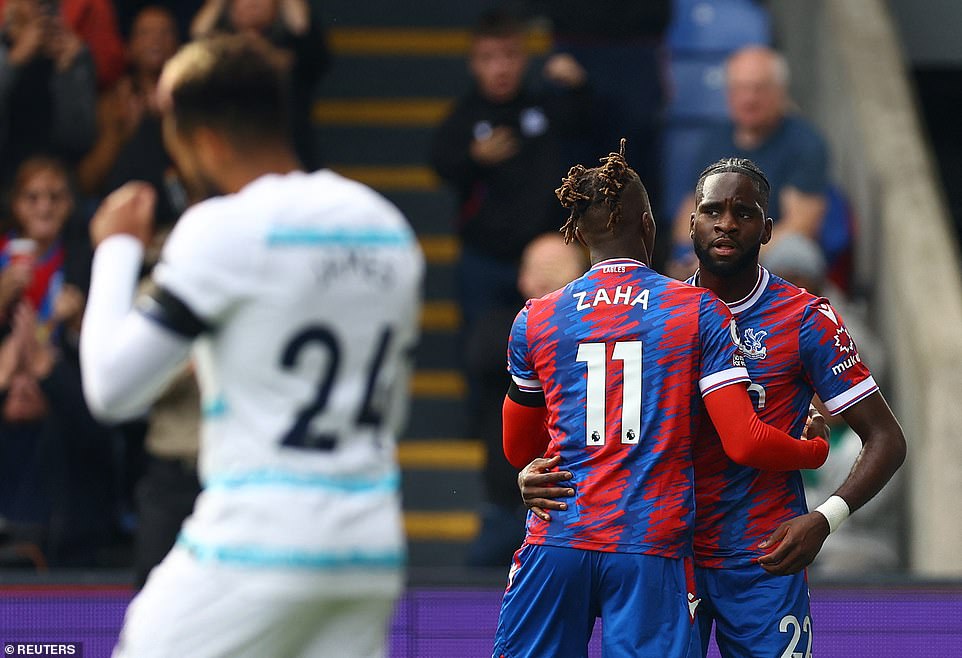 After the two sides traded chances, there was another major scare for Chelsea when Silva was dispossessed by Ayew and then swiped the ball away with his hand to prevent Palace’s No 9 getting any closer to Chelsea’s goal.

Referee Chris Kavanagh showed Silva a yellow card and VAR Stuart Attwell agreed despite Palace’s appeals for a red, concluding that a goalscoring opportunity had not been denied with Ayew not heading directly towards goal and having taken possession some way out.

Of course, Silva was then involved in Chelsea’s equaliser. From Reece James’s diagonal pass, Silva knocked the ball down to Aubameyang who let the ball run across him so he could roll defender Joel Ward and fire his first Chelsea goal expertly past Guaita.

To make matters worse, Nathaniel Clyne suffered a leg injury in the process of challenging Silva that led to him being carried off on a stretcher and Vieira was also booked for continuing his protests about the Silva incident.

The 1-1 halftime scoreline looked set to be the final one as the game remained level as added time approached but then came Gallagher’s moment of brilliance. 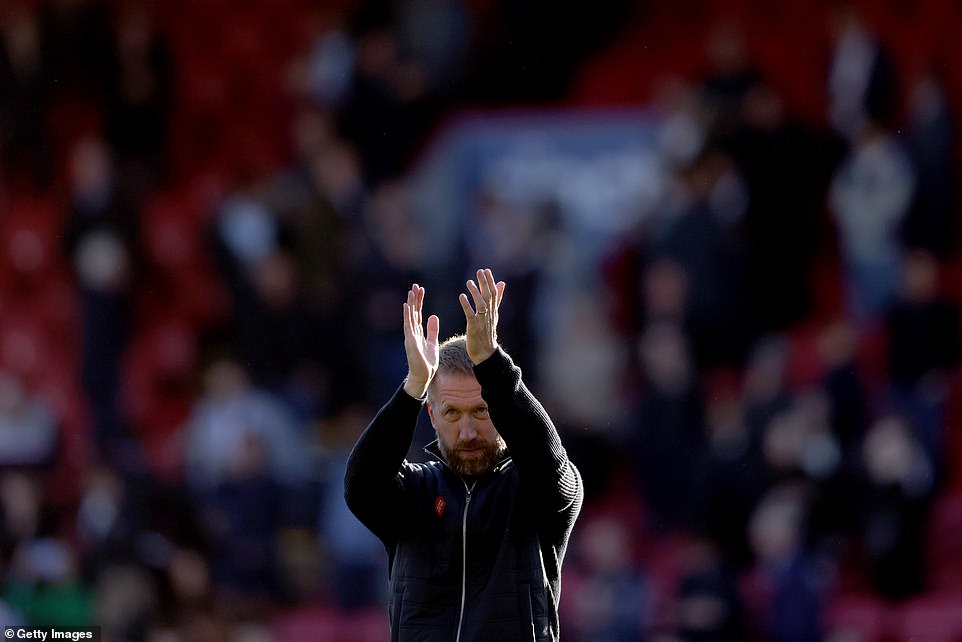 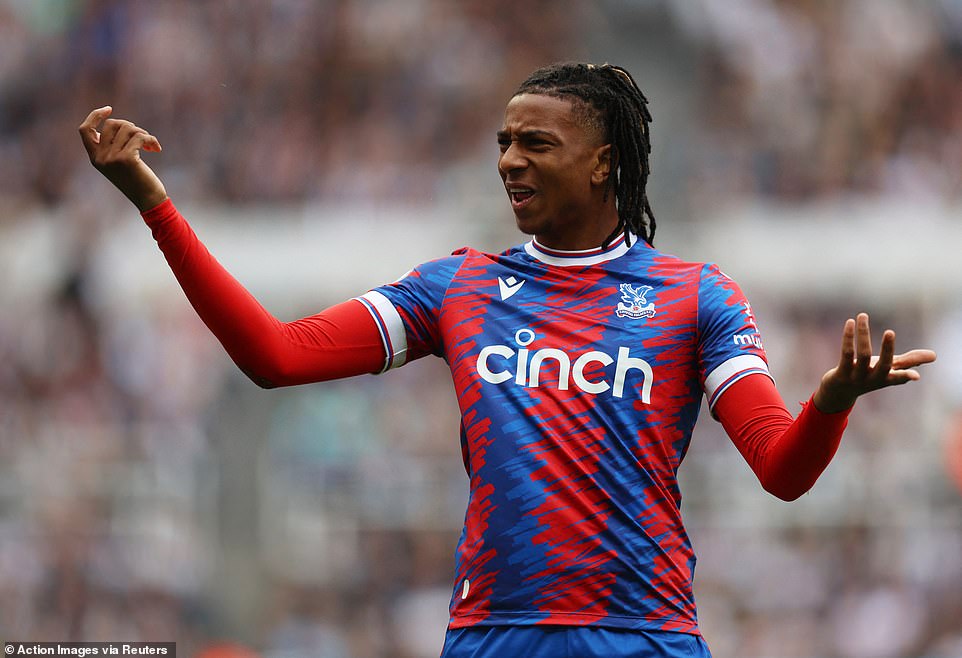