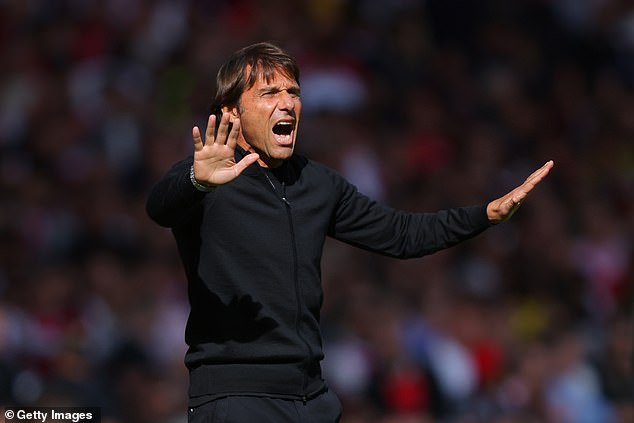 By Dan Matthews For The Daily Mail

TUNE out the noise. That was the challenge thrown down by Antonio Conte ahead of another test of Tottenham’s mettle – and their eardrums.

Their players arrived with warnings ringing in their ears, too: Eintracht Frankfurt will offer a boisterous welcome tonight. Are Spurs ready?

‘For sure, this is the story. Last season in Europe, we lost many games away: Pacos de Ferreira, Vitesse and against (NS) Mura with me,’ Conte said.

‘This season the same story: we lost against Sporting (Lisbon) and now Arsenal away… we have to do much better.’ That, the manager says, requires an improvement in ‘personality’. And fast. Or else this Champions League adventure could become rather hairy indeed.

Spurs sit second in Group D, level on points with Frankfurt ahead of this double-header. 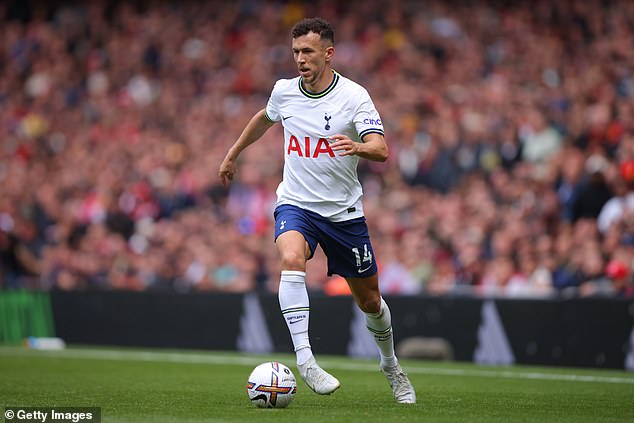 ‘I believe in my team-mates and my coach, I believe we’re going to show tomorrow because it’s a really important stage in the group,’ Ivan Perisic said.

Only once since Conte took over have Spurs lost two matches on the spin.

The last time they suffered a third defeat in four, meanwhile, came at Burnley in February. That night, Conte questioned whether he was the man for the job.