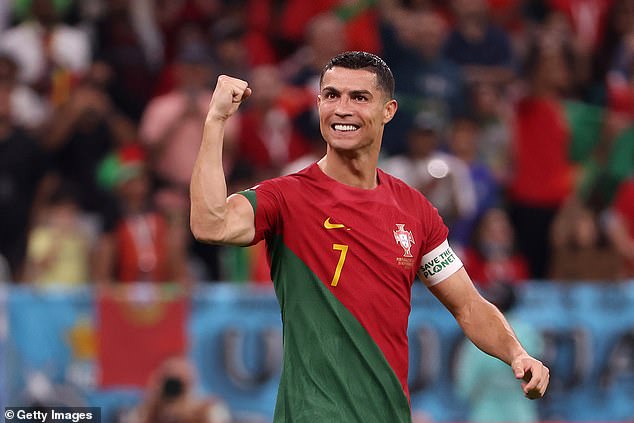 Cristiano Ronaldo is ‘close to agreeing £172.9million-a-year contract at Saudi Arabia giants Al Nassr’ that will see him play until he is 40… with the former Man United star ‘exhausting’ his options in Europe and the MLS unable to afford him

The 37-year-old had his Manchester United contract terminated earlier this month, following a tumultuous relationship with club chiefs that only worsened when he made a number of controversial statements in a TV interview with Piers Morgan.

The Portugal international was pushing for a move away from Old Trafford in the summer, but did not get his wish as he was determined to play Champions League football.

But he now looks set to have found his new club in Saudi with a two-and-a-half year deal said to near completion, according to Spanish newspaper outlet Marca.

Al-Nassr are one of the most successful clubs in Saudi Arabia, having being crowned winners of the country’s top flight nine times, with their most recent triumph coming in 2019.