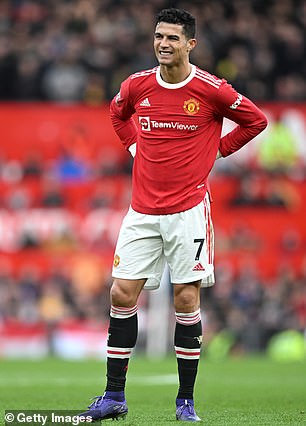 Manchester United forward Cristiano Ronaldo has been ruled out of the club’s local derby with Manchester City this afternoon.

It is also understood that Edinson Cavani is not part of the matchday squad either, leaving Ralf Rangnick’s side very light on options up front.

Marcus Rashford is expected to be deployed down the middle due to the lack of options unless the United boss goes for Bruno Fernandes as a false nine. 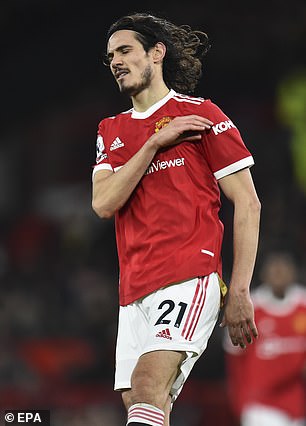 Cristiano Ronaldo (left) has been ruled out of Manchester United’s derby clash with Manchester City, while Edinson Cavini (right) is also still sidelined for the Red Devils

The 37-year-old is United’s top scorer this season with 15 goals in 30 appearances in all competitions.

Only one of those goals, however, has come in 2022. In his last 10 matches, Ronaldo has scored just once – a well-taken effort from distance in the 2-0 home win over Brighton & Hove Albion on February 15.

Rashford will be given his chance to shine down the middle with both Ronaldo and Cavani out, according to The Athletic.

The England international has not scored since the 1-0 win over West Ham United on January 22 but Rangnick insisted the 24-year-old has ‘abundant talent’. 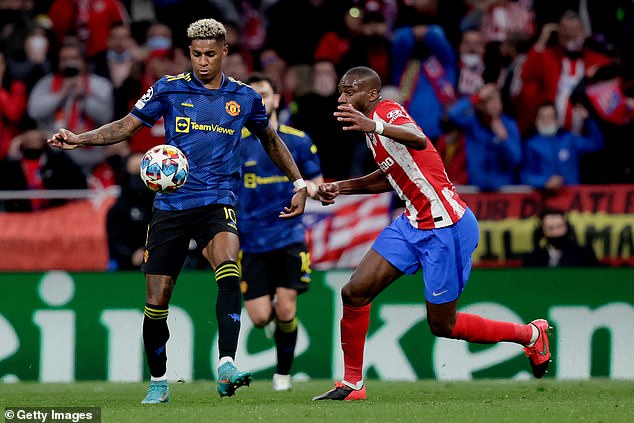 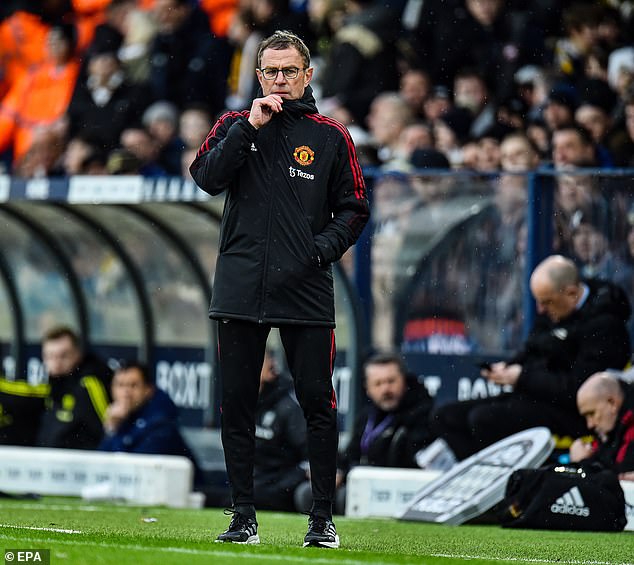 ‘With Marcus Rashford we have another player who I will insist and continuously be behind him, to develop him. We have achieved that with quite a few young players in the past, and I don’t see why this can’t happen with Marcus.

‘He has got abundant talent, he has got pace, physicality, everything you need as a modern striker, no matter if he is playing from the wing or the centre.

‘I will put all my energy into making sure he takes the same pathway as other players in recent months.’

United could also be without £34million summer signing Raphael Varane and England left back Luke Shaw.

The Red Devils still sit fourth in the Premier League heading into the clash, but Arsenal are just two points behind with three games in hand.