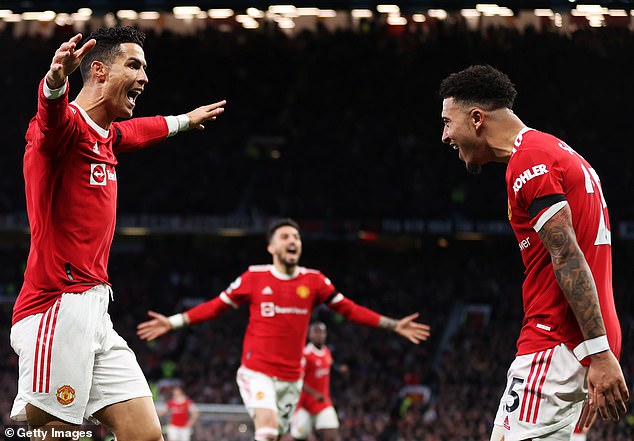 ‘I feel so happy and motivated’: Cristiano Ronaldo sends clear message to critics questioning his Manchester United future after winning the Premier League’s goal of the month award for his Spurs stunner

Cristiano Ronaldo has spoken out against his critics after winning Premier League Goal of the Month award.

The Manchester United forward insisted he is ‘so happy and motivated’ at the club despite some questioning his future.

Ronaldo, 37, scored a sublime hat-trick to seal a 3-2 win against Tottenham at Old Trafford on March 12, with his first a wonderful long-range shot into the top corner.

The strike has now been named the English top-flight’s best goal of the month, and the Portuguese star revealed his thoughts ahead of the campaign’s closing stages in the wake of the award.

He said: ‘I feel so happy and motivated for the rest of the season.

‘I will do my best, like all the time – so thank you to them (who voted for me) and see you soon at Old Trafford’. 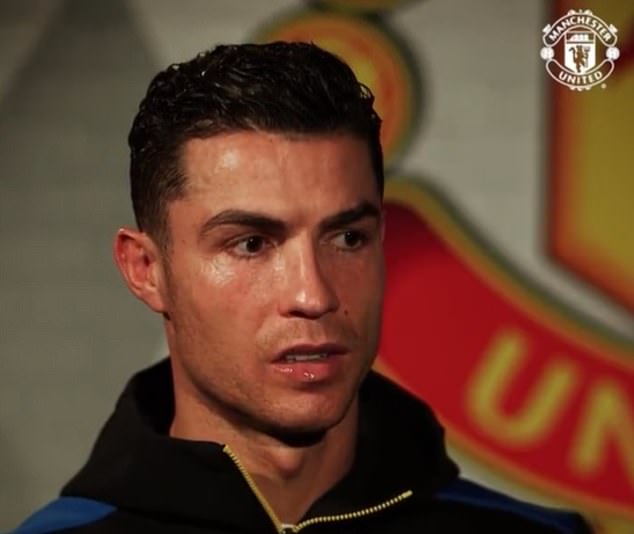 Ronaldo was also named the Red Devils’ Player of the Month for March, despite only playing in one league game – the Tottenham win – and being part of their Champions League exit against Atletico Madrid.

The 186-cap international returned to Old Trafford this summer from Juventus, signing a two-year deal with an option for a third.

His goalscoring record has been prolific, with 12 goals in 24 league games and 18 in 32 in all competitions, but he has been widely seen as weakening the side overall due to his lack of pressing ability and defensive effort. 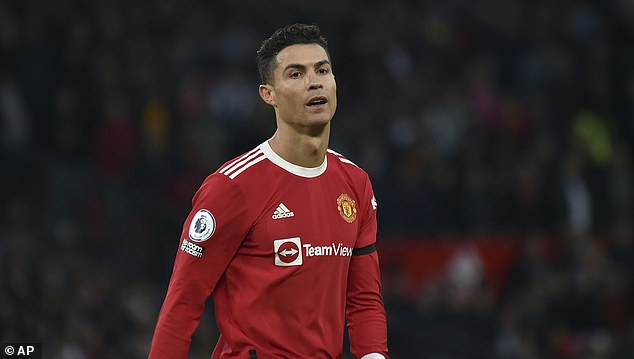 And United legend Wayne Rooney called for Ronaldo to leave this summer alongside midfielder Paul Pogba, claiming his return has not benefited the club.

He said: ‘He’s scored, he’s scored important goals in the Champions League games early on in the season. He scored the hat-trick against Tottenham.

‘But I think if you’re looking to the future of the club, you have to go with younger, hungry players to do their best to lift Manchester United over these next two or three years.’