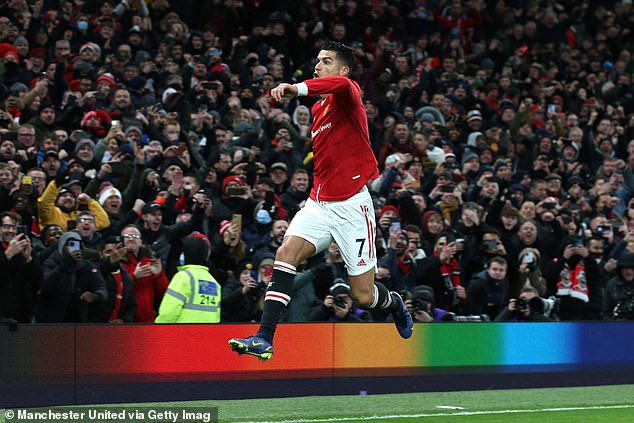 Cristiano Ronaldo may have reached an incredible landmark with his 800th career goal, but it’s his 801st that is making a splash on social media.

The Portuguese star was in top form against Arsenal as he scored twice to help Michael Carrick wrap up his caretaker spell in charge with a win at Old Trafford.

Ronaldo’s opener was a huge milestone, but it was his 801st that proved decisive on the night as he scored from the spot.

And it was the commentary of Amazon Prime’s Peter Drury that accompanied the goal that has had United supporters sharing the strike over and over again.

Waiting for the 36-year-old to step up, the man with the mic stated: ‘And Cristiano Ronaldo has already laid claim to the ball. 800 and counting. They trailed, they led. They lost that lead…

‘They look again to Cristiano Ronaldo. In front of the Stretford End, where he is at home…

‘Ronaldo clatters it in! Without compromise! With utter certainty!’

Reacting to the commentary, United supporters were effusive in their praise for Drury’s ability to capture the moment with his words. 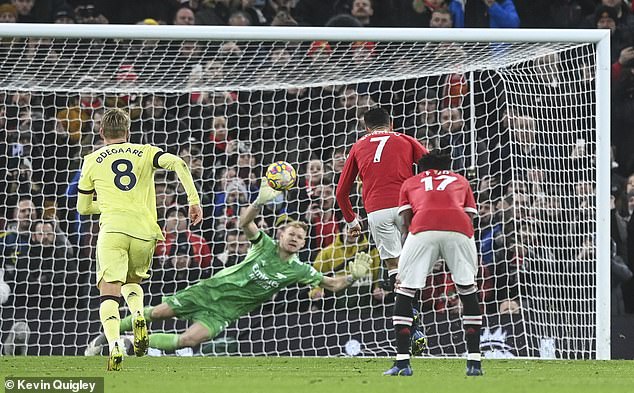 One user on Twitter responded to a video of the commentary by stating: ‘Peter Drury is a legend. No one better imo.’

Another praised his technique. ‘Drury goes silent for a few secs after a goals so that viewers may enjoy the atmosphere. This man is goated,’ they wrote.