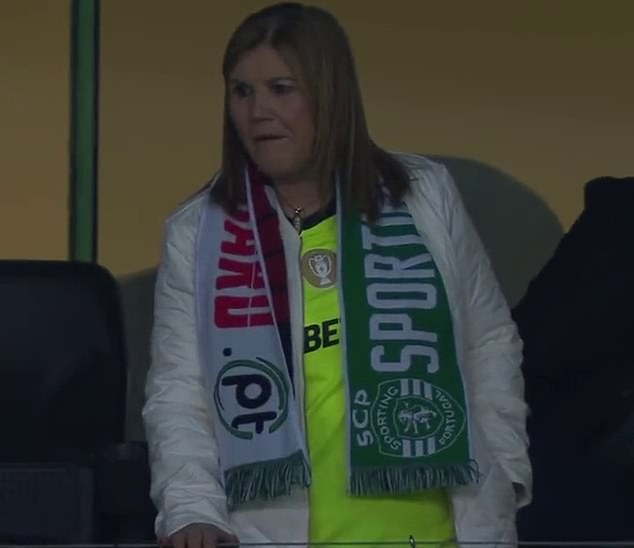 She should have stayed at home! Cristiano Ronaldo’s mum Dolores Aveiro watches Sporting Lisbon (while her son scores for Man United against Brighton) only to see City score FIVE in the Portuguese capital!

The Portuguese champions took on Premier League leaders Manchester City in the Champions League last-16 and Aveiro, 67, was spotted in the stands ahead of kick-off.

Yet City stormed into a lead early on and eventually won 5-0 – while Ronaldo at the same time ended his goalscoring drought against Brighton at Old Trafford. 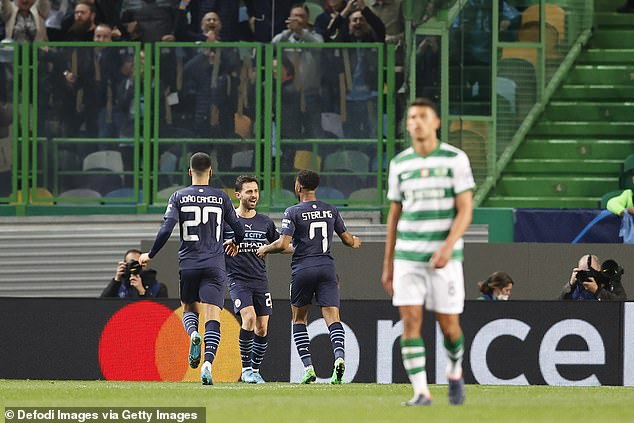 Ronaldo’s mother was in attendance at the club where the Portuguese superstar started his career, before his first big move to Man Utd in 2003.

Last summer, Aveiro mentioned how she would love to see Ronaldo back in the green-and-white before he stops playing.

‘Ronaldo has to come back here,’ Aveiro, a big Sporting fan, said in a podcast.

‘If it were my choice, he would already be here. He likes to watch Sporting games. I’ve already told him: “Son, before I die, I want to see you return to Sporting”. He says: “Let’s see”. 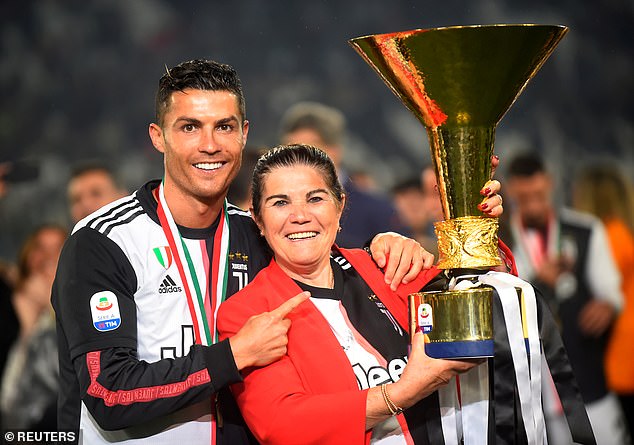 Last summer, Aveiro mentioned how she would love to see Ronaldo back in Sporting colours 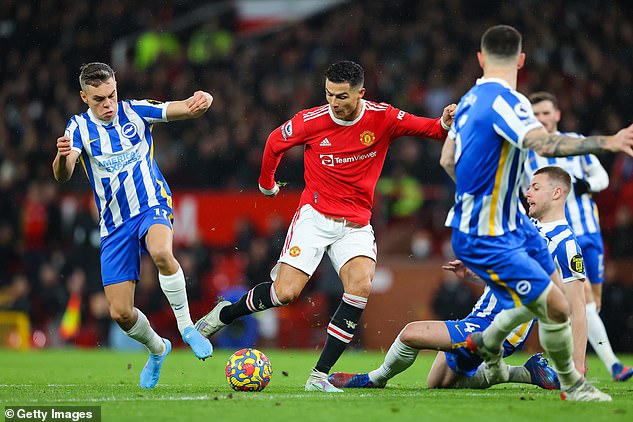 ‘At his age, he plays better than Ronaldo. At that age, Ronaldo didn’t have a coach but today Ronaldo is his son’s teacher.

He’s already saying “Dad, when we move to Lisbon I want to play for Sporting”. Now he’s starting out at Manchester [United]. Seeing the two of them together at Sporting was my dream, it would be spectacular.’