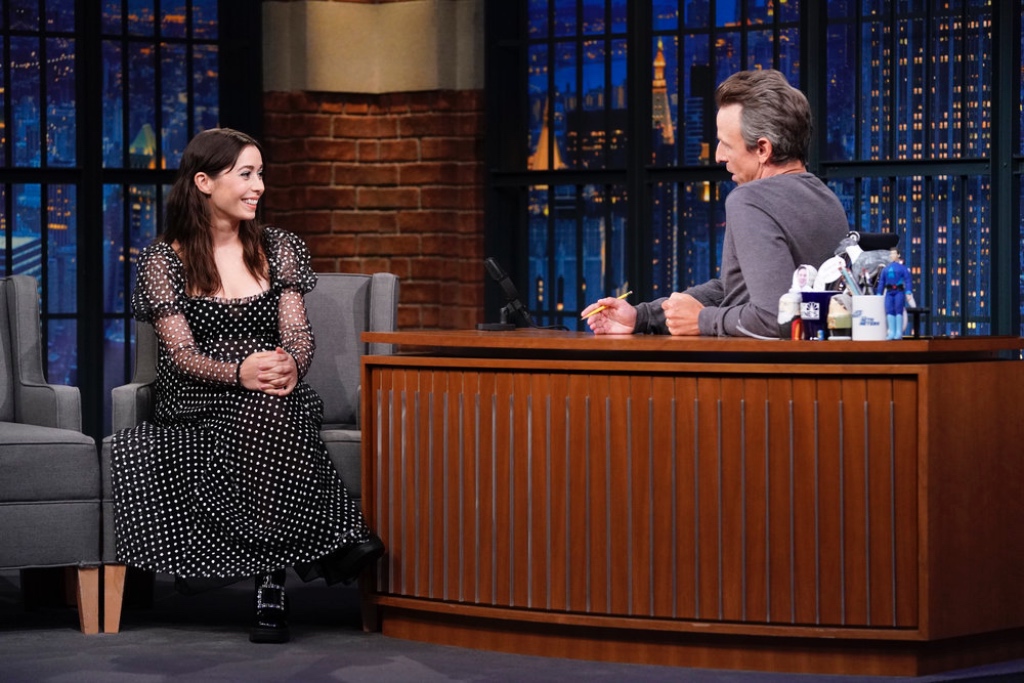 The “Palm Springs” star appeared on the late-night show on Thursday night to talk about her new Peacock series, “The Resort,” quarantining on set and The Weeknd. For her appearance, Milioti wore a black and white dress. While they appeared to be polka dots from afar, the white design on her dress were actually small flowers. Her dress featured sheer, puffy long sleeves and the bottom hem reached her ankles. The actress went accessory-free but did add a swipe of bright blue eyeshadow to her makeup look.

The “Wolf of Wall Street” actress finished off her outfit with a pair of black boots that barely peeked out from under her dress. Her black leather boots featured a rounded toe as well as a square buckle that was embellished with crystals, adding more interest to the look. The boots added an unexpected touch of edge to Milioti’s girly floral dress.

This is not the first time the star has added an edgier pair of shoes to a feminine dress. While appearing on “The Tonight Show Starring Jimmy Fallon” back in April, Milioti wore a flowing light blue tulle midi-length dress from Simone Rocha. The A-line dress featured off-the-shoulder sleeves and flowers embroidered on the chest. She added a pair of patent leather platform booties from Christian Louboutin, complete with square-toe and a 4.5-inch chunky heel to the ensemble.

PHOTOS: From the 1920s to Today: High Heels Through the Decades