Dead rubber or not, the crowds still flocked to see Andy Murray play in the Davis Cup at Glasgow’s Emirates Arena, possibly for the last time.

Murray admitted afterwards that the potentially valedictory nature of yesterday’s appearance had made him emotional in the final few games.

After a slow start he eventually saw off little-known Dmitry Popko of Kazakhstan 6-4, 6-3, with the match of a token nature as Great Britain were already confirmed to have missed out on November’s finals week.

Andy Murray celebrates his 6-3, 6-4 win over Dmirty Popko at the Davis Cup in Glasgow

‘I’m glad I got out there and played today. The crowd did make it special.

‘If it is the last time, it’s been amazing,’ said the 35-year-old Scot, cheered on by the week’s first capacity attendance.

‘I’m sad that we might not get the opportunity to play here again. I only thought about it at about 5-2 today, to be honest, in the second set. I felt that a little bit at the end. I lost my focus a bit and felt a little bit emotional about that.’ While the sun gradually setting on the career of a great player is a cause for melancholy, it is conversely accompanied by some degree of optimism.

Murray simply may not warrant selection in future after last week’s disappointing exit resulting from defeats by the USA and Holland. This will increasingly be the case if 20-year-old Jack Draper (currently injured) maintains his swift upward trajectory and Kyle Edmund gets back close to his previous level after knee problems. 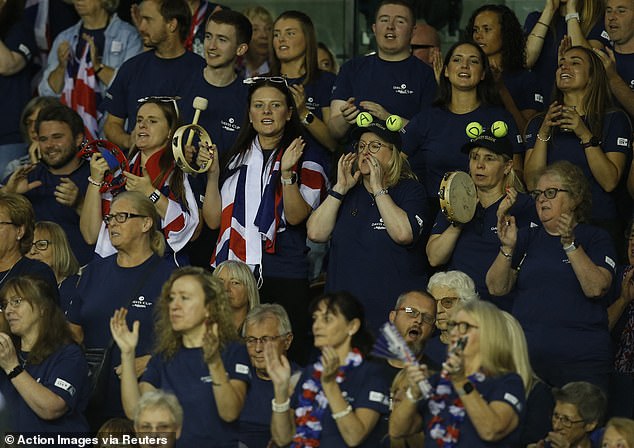 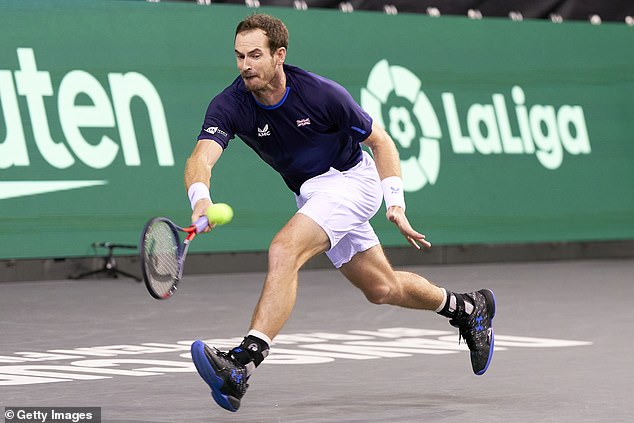 ‘Moving forwards, it’s obviously not going to be easy with the players that we have,’ acknowledged Murray. ‘Someone like Jack Draper is improving all the time. He’ll be involved in the team for many years. Then obviously I don’t know which way the captain will go with the doubles after the results here.’ It is nonetheless possible that Murray could be back in Glasgow as soon as February.

The GB team will have to play at that time in a qualifying playoff to get back to this week’s group stage. That after what has been a major reverse to the broader feelgood factor around the elite end of the British game which has developed this year.

The biggest priority for captain Leon Smith is to try to sort out what is his best doubles team from the numerous permutations available.

Murray and Joe Salisbury lost both their deciding doubles matches. While their performance was not disastrous against accomplished teams, there appeared to be a lack of chemistry. 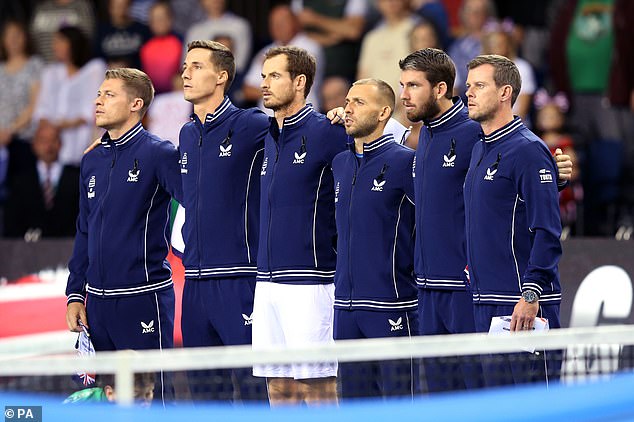 There was certainly an excess of faith placed in Murray by Smith on past ability, with him having hardly played in the format for three years.

Part of the problem is that Salisbury and Neal Skupski both have established foreign partners, with whom they would not want to split. One option going forward would be to look at Skupski and Dan Evans, who reached two Masters finals together last year.

GB avoided finishing bottom of their group when they completed a 2-1 win over the Kazakhs last night. After Cam Norrie had lost to Alexander Bublik 6-4, 6-3, Salisbury and Skupski defeated Bublik and Aleksandr Nedovyesov 7-6, 6-7, 7-6.