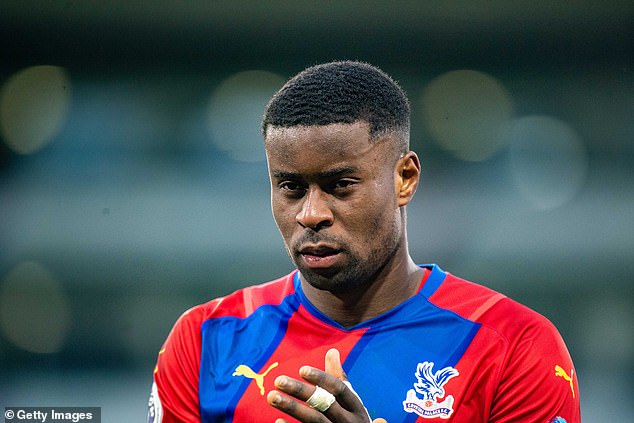 Marcus Rashford has been axed from the England squad – but there is a first call-up for Marc Guehi from manager Gareth Southgate ahead of the two friendlies with Switzerland and the Ivory Coast.

Jadon Sancho is also a high profile omission from Gareth Southgate’s first squad of the year despite his improvement at Manchester United, though Ben White’s excellent form at Arsenal has earned the defender a recall.

Guehi has impressed for Palace this season, establishing himself as a regular since his £18m move from Chelsea last summer.

England manager Gareth Southgate was impressed as he watched Guehi against Wolves earlier this month, while assistant Steve Holland also saw him play against Manchester City in their goalless draw on Monday.

Southgate said in regards to his inclusion of Guehi: ‘Marc has had a really consistent season.

‘We’ve been really impressed with him on and off the ball, in the biggest games, he has been very calm. We know him well from our junior teams as a World Cup winner.’ 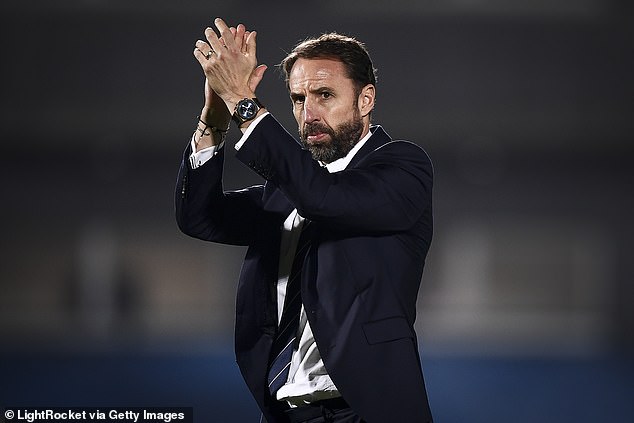 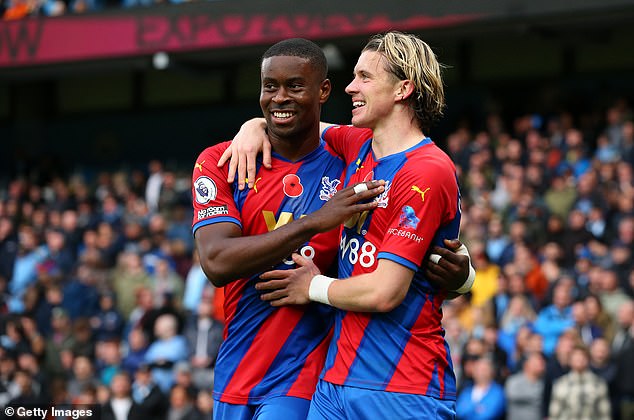 Guehi is among a host of English players who have impressed at Crystal Palace, including Conor Gallagher who has again been called up

Guehi has previously been capped 16 times at Under-21 level and was part of the Under-17 side that won the 2017 World Cup.

Sportsmail reported earlier this week, Southgate was considering a clutch of first-time picks for his first squad of 2022 including Guehi and team-mate Tyrick Mitchell – who was not included.

Conor Gallagher though has made the team for a second time after his stunning form on loan from Chelsea.

Manchester United pair Rashford and Sancho failed to make the squad – despite the latter’s improvement since the turn of the year. 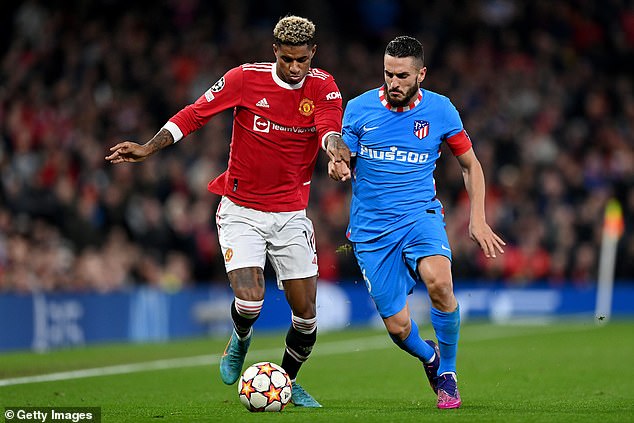 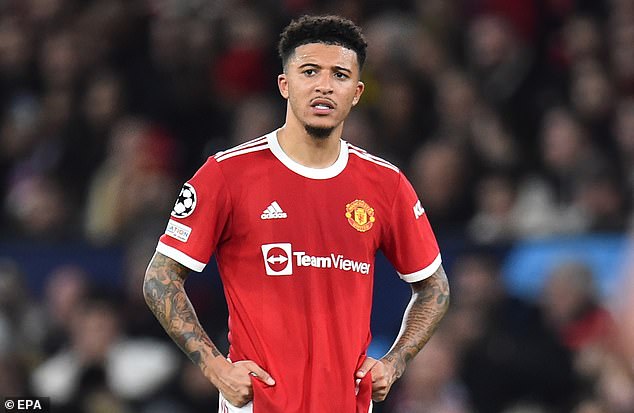 Rashford’s absence perhaps comes as no surprise due to the winger’s difficulties at Old Trafford this season.

On his decision not to pick Sancho and Rashford, he said: ‘The other attacking players are slightly ahead of them in our thinking.

‘Phil Foden, Raheem Sterling, Jack Grealish, Emile Smith Rowe. Sancho’s performances have undoubtedly improved for Manchester United but he has to do a bit more.

‘It is a difficult time for him (Rashford). He’s clearly not at his best. There’s plenty of time, we know a lot about Marcus anyway and hopefully he can rediscover some of his form.’ 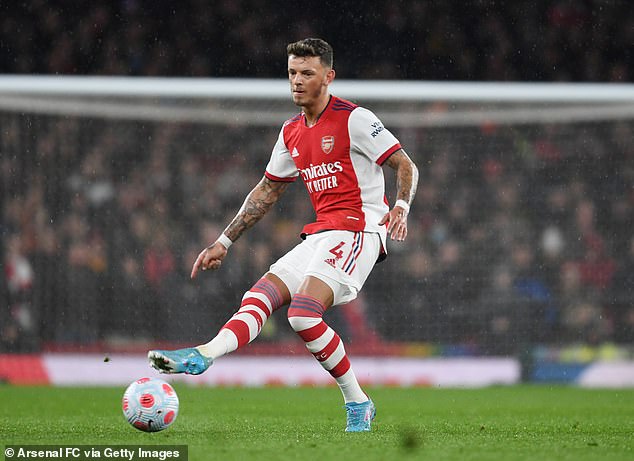 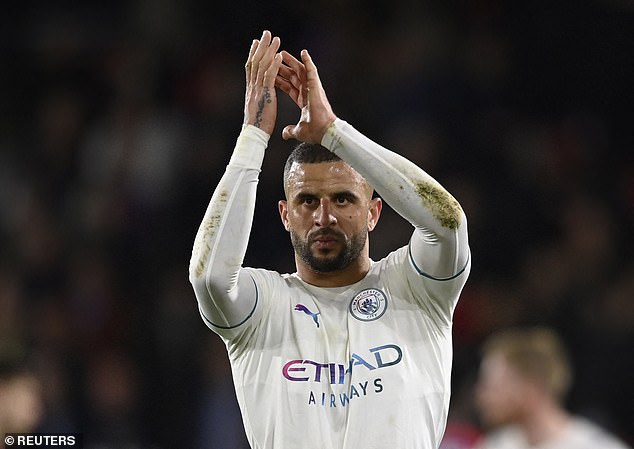 Manchester United captain Harry Maguire has kept his place in the team despite his worrying form for the Red Devils.

Southgate said it ‘never’ crossed his mind not to include the centre-back in his team.

Arsenal defender White has made the squad for the first time since the European Championships last summer.

He was included at Euro 2020 as a replacement for Trent Alexander-Arnold but had been left out of their World Cup qualifying squads last autumn.

Nick Pope returned in place of Sam Johnstone as one of three goalkeepers while Declan Rice and James Ward-Prowse also earned recalls.

Injuries ruled out Ben Chilwell and Kalvin Phillips, with Luke Shaw not only the sole Manchester United player in the squad but also the only recognised left-back. 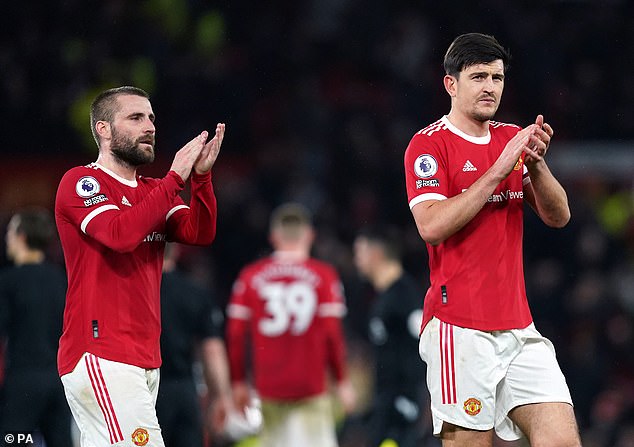 Kyle Walker is another surprise omission, with Trent Alexander-Arnold and Reece James the two right-backs included this time around.

Southgate though said that they ‘know all there is to know’ about Walker and that the Man City full-back will be included in the squad in June.

Emile Smith Rowe, like Gallagher, retained their places having been called up due to injuries in the November international break.