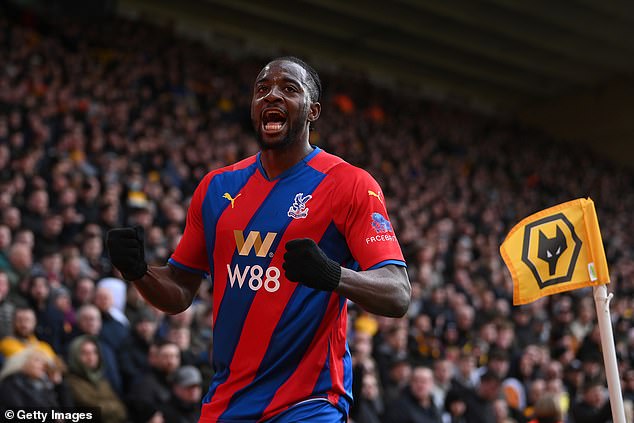 By George Bond At Molineux

The first ‘Ole!’ arose from the away end in the 43rd minute, if further proof was needed of just how comfortable Crystal Palace were at the home of a team that don’t do warm welcomes.

Rarely if ever under Bruno Lage have Wolves looked as porous, as out of ideas, as completely overrun as they were here against a relentless Palace, who came hot out of the traps and never stopped sprinting. Jean-Philippe Mateta and Wilfried Zaha, from the penalty spot, struck before half-time and that really shouldn’t have been the last of their entries on the scoresheet.

How different they are this season under Patrick Vieira, fiery and lively and full of ways to hurt you. Zaha was the star, as he often is, but when Wolves put two men on him, Palace went long to Mateta, short to Conor Gallagher, wide to Michael Olise or slipped it round the back where Tyrick Mitchell would be charging through on the overlap. And if none of that worked, they gave it to Jeff Schlupp, who put his head down and charged straight through the middle.

Wolves’ stock has been waning recently and this was the crash, a fourth defeat in six league games with an FA Cup exit to boot.

Easier fixtures are to come this month but any hope of a top-four finish is surely beyond them now, as they were held goalless for the 13th time out of 27 this season.

The onslaught was underway within six minutes. Olise’s corner was met with a flick of Joachim Andersen’s head and the ball cannoned off Mateta from six yards out into the arms of Wolves goalkeeper Jose Sa.

Three minutes later Schlupp won the ball in midfield and drove straight through three tackles before dragging a shot wide from the left-hand corner of the box.

In the 19th minute the pressure paid. Mateta nodded a header down to Gallagher on halfway and the Chelsea loanee immediately fired down the line for Zaha. The Ivorian was far too quick for Conor Coady and just quick enough to get to the ball before it went out of play, hooking it back to Mateta. The striker’s initial effort was blocked by Sa, span up into the air and bounced along the goalline before Mateta nudged it over.

Wolves had conceded two first-half goals in their previous 19 league games combined, but Palace matched that just after the half-hour mark when Zaha doubled the lead from the spot. Schlupp embarked on another charge, only this time to be clattered into by Max Kilman for one of the more straightforward penalty decisions of the season. And Zaha, still on spot-kick duty after his nightmarish effort at Norwich last month, put the ball down the middle as Sa went to his right. 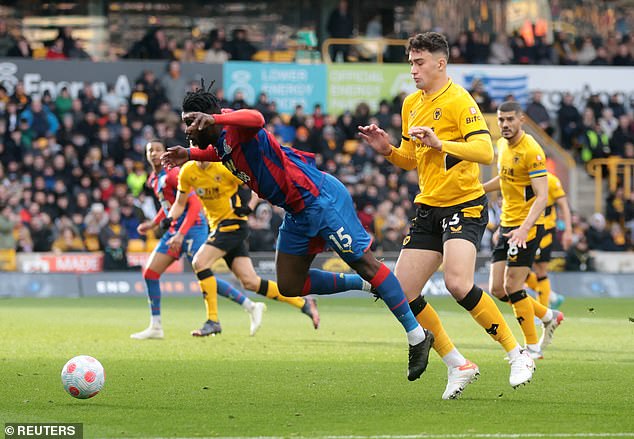 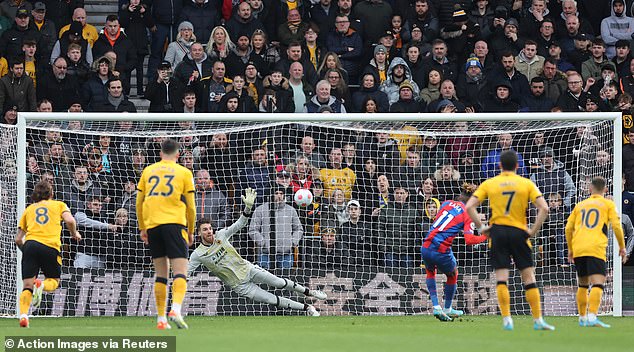 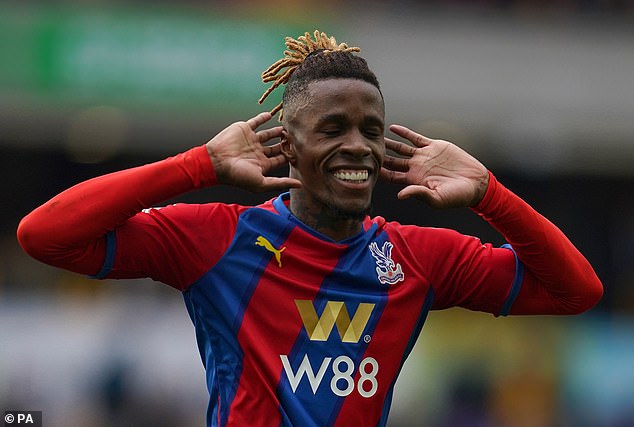 Zaha, Gallagher and Olise all went close before half-time as the Palace supporters began to hail every completed pass. The home fans would have been similarly relieved to see any of theirs go to the right man.

It should have been 3-0 shortly after the break, but Gallagher’s left-footed effort from 12 yards was snatched out of the air by Sa.

Zaha had a shot come back off the bar, but was shown to be offside, and Olise poked an effort straight at Sa as Palace missed the chance to make their dominance fully count. But Wolves were unable to eke out a clear-cut opportunity of their own.

The returning Vicente Guaita had to claim a few crosses that flashed into his six-yard box and palmed away a long-range Ruben Neves effort late on, but he did not have serious reason for concern.

Neither did the Palace fans, who had known since the 43rd minute that victory was assured. With it comes a place in the top half. 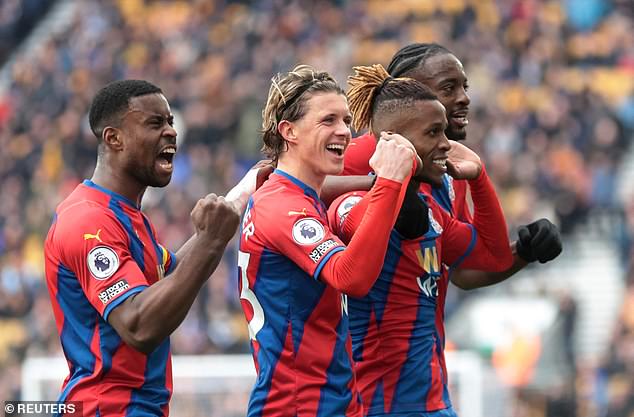 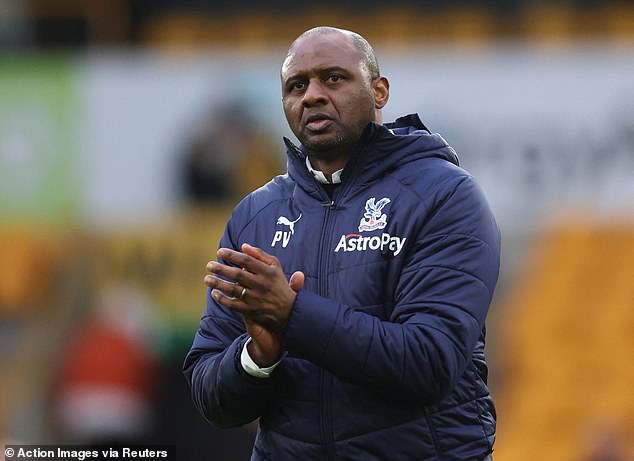 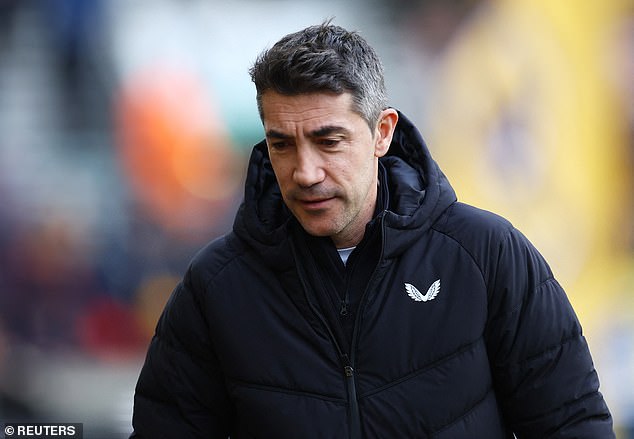