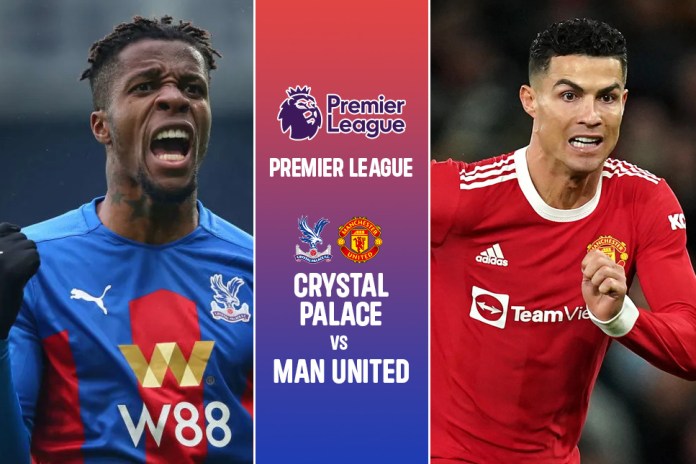 The Red Devils could lose and claim a Europa League spot if West Ham fail to overcome Brighton, but a victory for the Hammers would leave the 20-time English champions needing to triumph themselves.

Palace are expected to be missing Marc Guehi on Sunday due to the ankle injury that the defender picked up against Everton, while Nathan Ferguson and Michael Olise will also be absent.

James Tomkins and James McArthur are also major doubts, so Cheikhou Kouyate could be pressed into action in the middle of the defence, while there are also expected to be changes in midfield, with Conor Gallagher and Luka Milivojevic set to start.

Vicente Guaita could also be back between the sticks, but it could be the same front three from the defeat at Goodison, with Mateta and Ayew, who both scored on Thursday, featuring alongside Wilfried Zaha.

Ralf Rangnick said during his press conference that there would be “quite a few missing” this weekend, naming Jadon Sancho and Phil Jones are likely absentees.

Luke Shaw has been back in training after recovering from a leg operation, but the defender’s wife has just given birth, so he is a major doubt, while youngster Alejandro Garnacho has been unwell and will therefore face a late fitness test.

Marcus Rashford could be back in the side after recovering from bronchitis, but Eric Bailly could again miss out with a back complaint, while Paul Pogba is also expected to be absent due to a calf issue, so the Frenchman could have played his final match for the club.

Mason Greenwood remains suspended by the Red Devils, meanwhile, so Anthony Elanga could start alongside Cristiano Ronaldo and Rashford in a front three, with Harry Maguire and Fred potentially returning to the side following the heavy defeat at Brighton.

Crystal Palace vs Manchester United LIVE: When and where to watch the live streaming of Premier League matches?

When will Crystal Palace vs Man United kick off in the Premier League? – Date
CRY vs MUN match will be played on 22nd May 2022

What time will Crystal Palace vs Manchester United kick off? Time
CRY vs MUN will begin at 8:30 PM IST

Where will Crystal Palace vs Manchester United be played? – Venue
The game will kick-off at Selhurst Park

Premier League: Who will be the Match official? Referee
Martin Atkinson will be in charge of Crystal Palace vs Manchester United