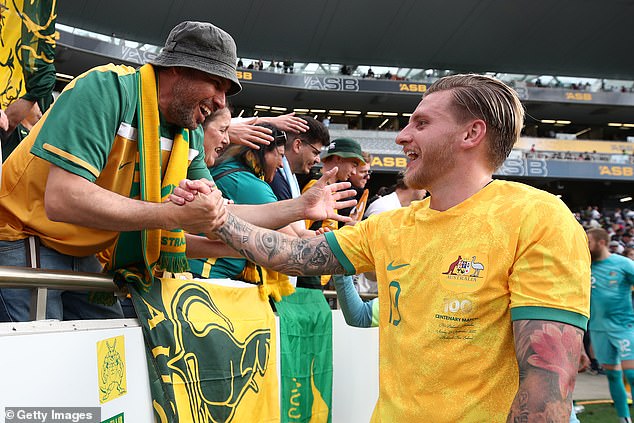 Scotland’s loss is Australia’s gain, with naturalised Aussie Jason Cummings making his Socceroos debut on Sunday against New Zealand – and making an immediate impact before giving a hilarious post-match interview.

The Central Coast Mariners A-League striker has already earned a cult following, with fans lapping up every bit of the larrikin nature that makes him much more than a token Aussie.

Despite his broad Scottish accent and two international appearances for Scotland, Cummings comes off as being Australian through and through. 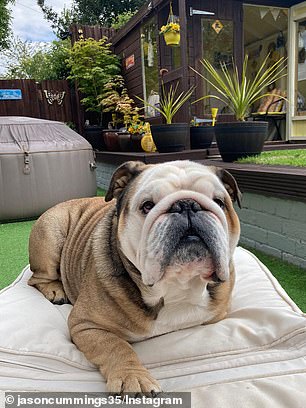 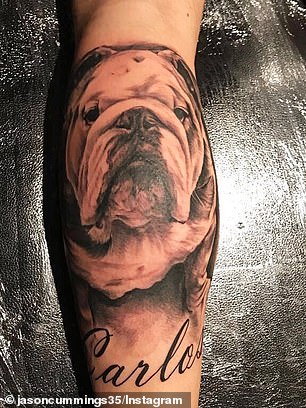 After scoring on debut for his adopted country, the heavily tattooed striker admitted he rubbed his favourite piece of body art before the match – a portrait of his bulldog Carlos.

‘I rubbed my tattoo of my dog before I come on, Carlos. I rub him for good luck,’ he said.

The striker already has around 30 tattoos, but admitted he might find room for some Australiana-themed ink following his successful Socceroos debut.

‘I might get big red, the kangaroo on there,’ he said, pointing to his chest.

‘Maybe my cap number, you get a number for the cap so I’ll probably get that on there.

It was a long-awaited debut for the 27-year-old who missed out on debuting for his adopted nation in the first friendly against New Zealand at Suncorp Stadium, but got his shot off the bench in the second.

‘Absolutely, I was buzzing you know,’ Cummings said after full time as an inspired second-half outing from the Socceroos resulted in a 2-0 victory.

‘I was just chomping at the bit to try and get on over the camp. It’s been a good camp, the boys have been different class and I was just wanting to get onto the pitch and so got a good 30 minutes.’ 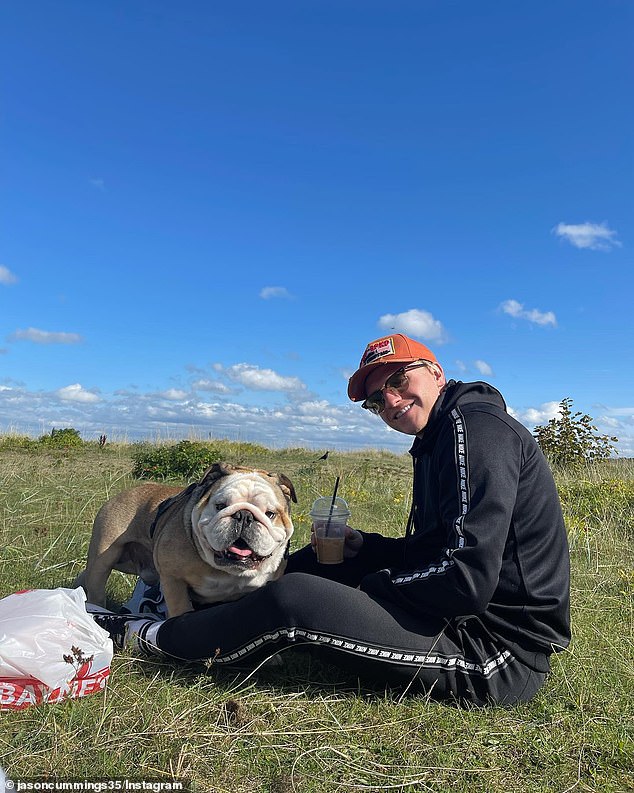 When the referee had no choice but to award a penalty, Cummings duly obliged, scoring confidently from 12 yards out to double the visitors’ lead.

‘You know the ball fell to me, and I caught it well and it was going and the boy handballed it, and so I was fuming,’ Cummings said.

‘He gave the penalty and thought I better step up and finish off my dinner so was buzzing.’

‘Fair play to the lads and Riley [McGree], they asked me if I wanted to take it and I said of course,’ he said.

‘It’s a striker’s dream, it’s my dream to step up and take a penalty, put it in the back of the net, not a problem.’ 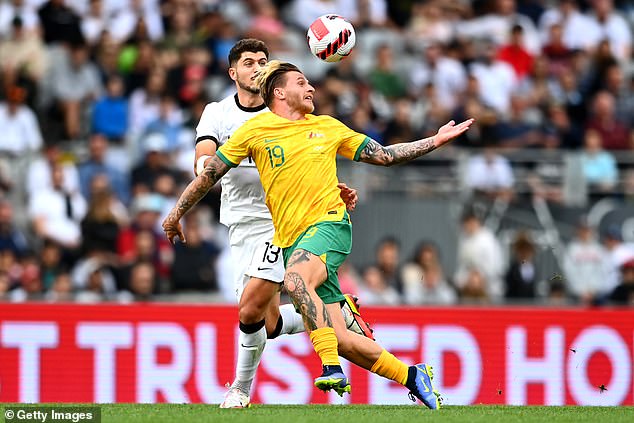 The successful debut has cracked the door open for Cummings to be included in the final Socceroos squad for this year’s FIFA World Cup and he is not giving up hope of being on the plane to Qatar.

‘Of course it’s everyone’s dream, it’s my dream,’ he said.

‘And all I need to do now is go back with the Mariners and work hard there and do well and score goals and you never know.’