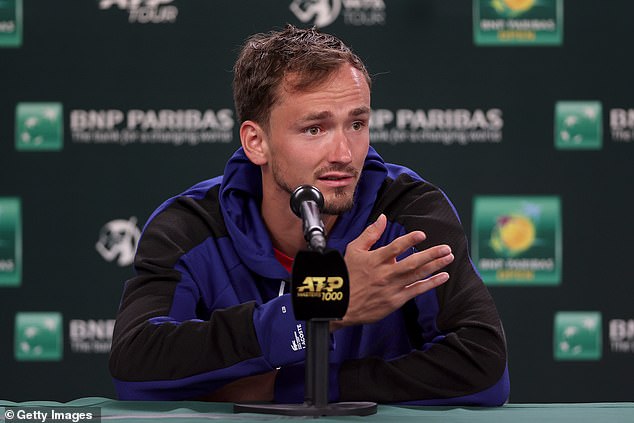 World no 1 Daniil Medvedev has admitted his uncertainty over his short-term future in the sport.

The Russian tennis star was banned from playing under his own flag following his country’s invasion of Ukraine, with tennis authorities currently allowing players from Russia and Belarus to compete as individuals ‘at this time’.

And Medvedev, speaking on the eve of this year’s first Masters tournament at Indian Wells, insisted he wanted to continue but did not know if he could. 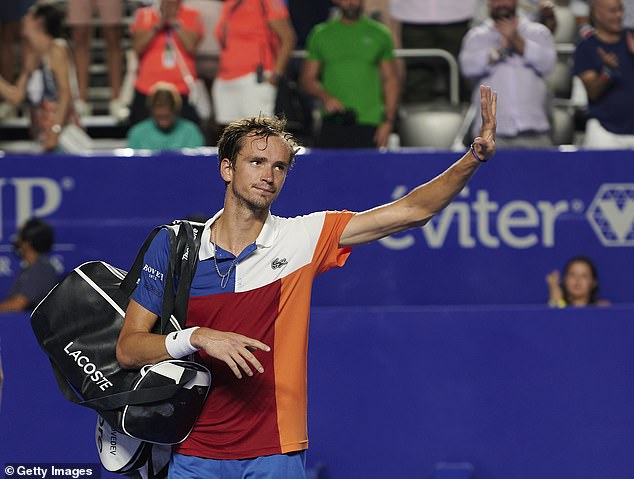 Medvedev – speaking before the Indian Wells tournament – was banned from playing under his own flag after his country’s invasion of Ukraine, like all Russian and Belarusian tennis players 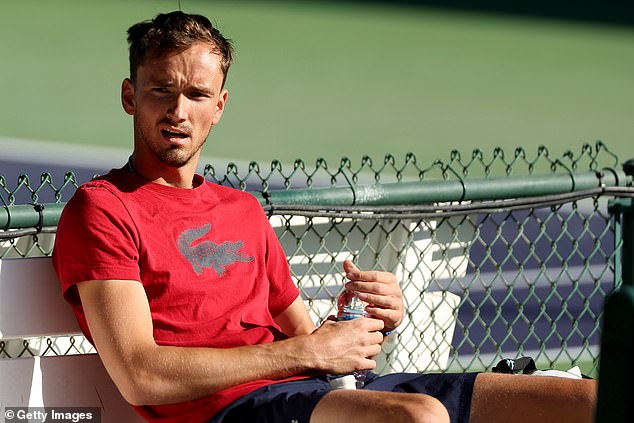 Medvedev won’t be competing under a flag officially, but if the 24-year-old lifts the Indian Wells trophy there could be scope for embarrassment given the recent invasion of Ukraine

He said: ‘It’s always tough to talk on this subject because I want to play tennis, play in different countries.

When asked if he believed tennis would follow the examples of athletics, badminton, canoeing and rowing by fully banning Russian athletes, he replied: ‘We never know – some sports made this decision, especially I would think the team sports. 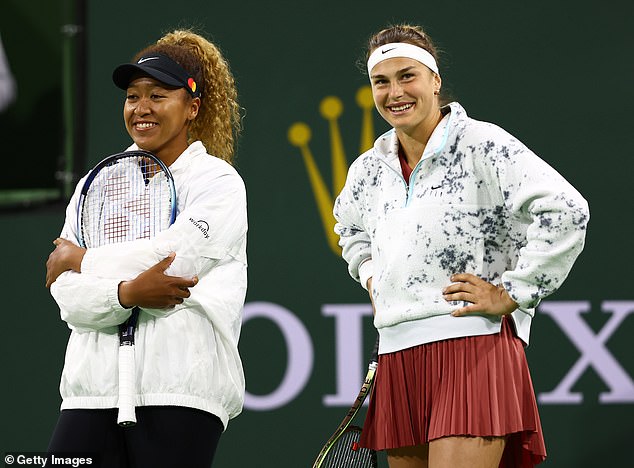 ‘Tennis is probably one of the most individual sports we have in the world. Everyone’s living in so many different places. There’s always a possibility, but I hope not.’

There are also no Russian or Belarusian athletes competing at the Beijing Winter Paralympics.

The prospect of top seed Medvedev or highly-rated second seed Belarusian Aryna Sabalenka winning at Indian Wells, even without a flag, would be a squirm-inducing and embarrassing prospect for many.