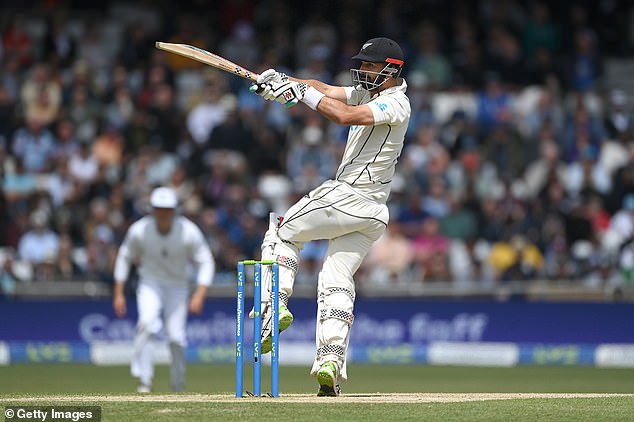 Daryl Mitchell and Tom Blundell continued to frustrate England at Headingley as New Zealand stretched their lead beyond 200 before lunch on day four of the third Test on Sunday.

The pair have been New Zealand’s standout batters throughout the summer, and they delivered for their team once again in the morning session, with England failing to break their partnership.

The day started with the news that England wicketkeeper Ben Foakes had tested positive for Covid-19, meaning that he would be replaced behind the stumps by Sam Billings for the rest of the Test. 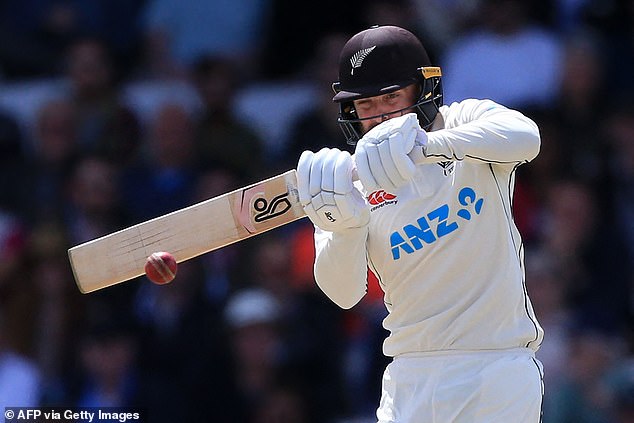 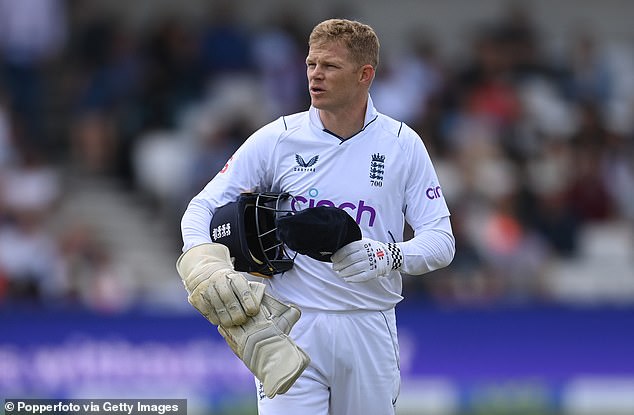 Resuming on 168-5, a lead of 137, Mitchell and Blundell needed to negotiate a testing opening period as Matthew Potts and Stuart Broad kept things tight early on.

Potts, in particular, went past the outside edge on a number of occasions but could not find the crucial breakthrough.

Once Potts and Broad had been seen off, Mitchell and Blundell began to settle, with the former taking a liking to Joe Root’s off-spin, while Blundell stood up well to a short ball barrage from Jamie Overton.

New Zealand did have one brief scare when Mitchell was given out lbw off the bowling of Jack Leach after missing a straight one. 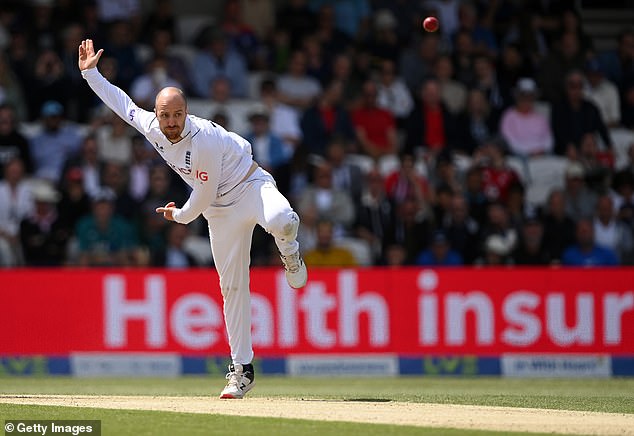 Jack Leach thought he had got Mitchell out, but the Kiwi successfully reviewed an lbw decision 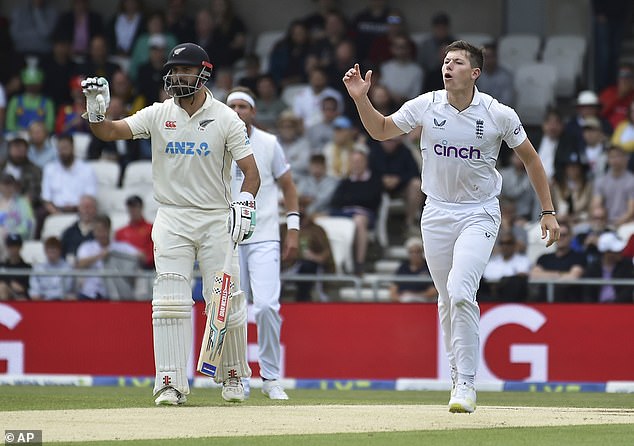 Matthew Potts continued to impress with the ball, but could not get a wicket prior to lunch

He immediately reviewed, and was dealt a reprieve as DRS proved the ball was going over the top of the stumps by some distance.

Thereafter, he looked comfortable, which has been the case during the entire three-match series.

By lunch, New Zealand had reached 254-5 to take their lead to 223, with Mitchell and Blundell both closing in on their fifties.

The new ball was taken just before lunch by England, and they will need to make the most of that in the afternoon session if they are going to bowl New Zealand out and then go on to win the Test to claim a 3-0 whitewash series victory.