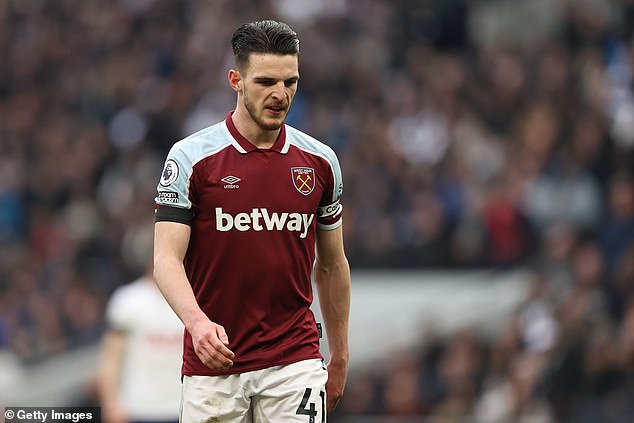 West Ham will copy Tottenham’s transfer strategy with Harry Kane this summer by refusing to sell Declan Rice to anybody who won’t meet their asking price – and David Moyes says it will take more than £150million.

Moyes described last summer’s £100m price tag as ‘cheap’ and said potential buyers like Chelsea and Manchester United missed out on a bargain.

Rice has been England’s best player in the Premier League since Euro 2020, Moyes insisted on Friday, and West Ham are determined to have him remain their representative when the 2022 World Cup in Qatar starts. 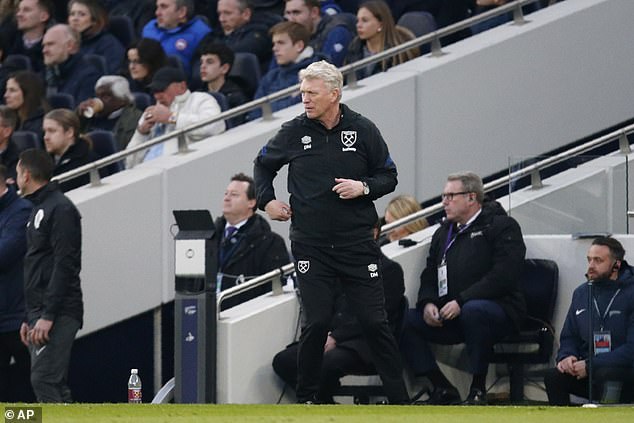 ‘The first thing to say is that he is not for sale,’ Moyes said when asked if £150m represented a true valuation of Rice.

‘If you are interested, well, it will be north of that. One hundred was cheap last summer. One hundred and fifty just now would be minimum but he is not for sale. What I do know is that it means there are only certain clubs that could even consider it..’

Kane missed out on a move to Manchester City in the summer after his club stuck to their valuation – believed to be £150m – and Moyes continued: ‘They said, ‘No, there is a price and if someone wants to pay the price, then we would probably do it. If they don’t then he’s not going anywhere’.

‘That’s it. They have kept him. We have got Declan on the best part of a three-and-a-half year contract. Just like Tottenham have got Kane on a contract. They control what happens.’

Meanwhile, Manuel Lanzini is in line to make the squad for Everton on Sunday despite being involved in a car crash on the A12 before colliding with a tree. The 29-year-old Argentinian was uninjured, Moyes said on Friday. 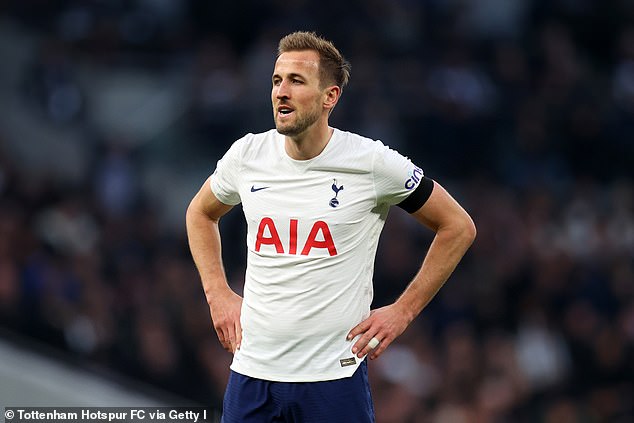