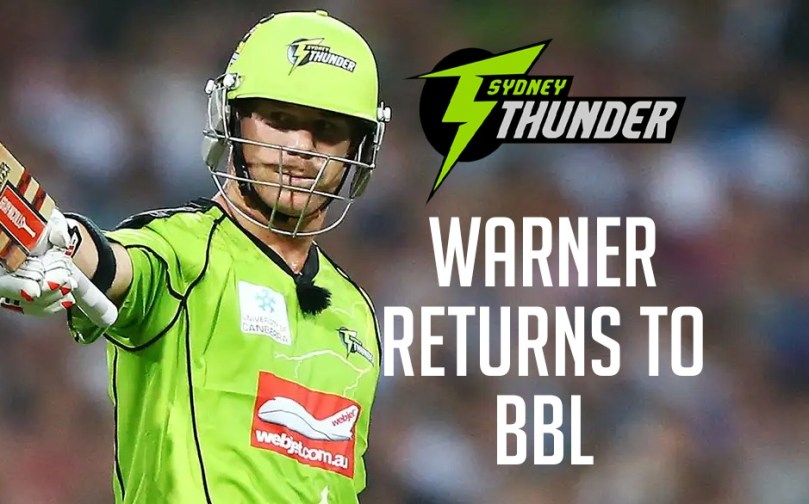 BBL vs ILT20: Australia opener David Warner had to choose between the lucrative ILT20 – UAE T20 tournament and his country’s Big…

BBL vs ILT20: Australia opener David Warner had to choose between the lucrative ILT20 – UAE T20 tournament and his country’s Big Bash League. With both the leagues clashing, the southpaw has signed for the Sydney Thunder in a two-year deal. Warner cited his daughters were one of the big reasons for him to take this decision and end his nine year absence from the BBL. Follow Big Bash League season 12 updates with InsideSport.IN

“My ‘girls’ have told me that they’d love to watch me play at home and in the BBL….It will be great for us to be a part of the BBL as a family, and it is something that I am really looking forward to sharing with them,” Warner was quoted as saying by cricket.com.au.

It is important to note that the player will feature for the franchise only after the Test series against South Africa. He could play for at least five games in the Big Bash League, which will start from December 13.

This news of David Warner signing for the BBL is a huge thing for Cricket Australia. At a time when there are various franchise-based leagues, Warner opting to play for BBL comes as a massive boost to the League.

Warner is not new to the Sydney franchise. The player has played for them in the past. The team is yet to announce the skipper for the side after their captain Usman Khawaja left for Brisbane franchise.

Warner hopes that his BBL contribution will help the upcoming players from the country as well. “I care deeply about the game, and I am conscious that the conditions that I enjoy as a professional cricketer have largely come from other senior players who have come before me. That is how the game is structured and I understand that my contribution to the future of the BBL will hopefully benefit the next generation of players long after I am retired.”