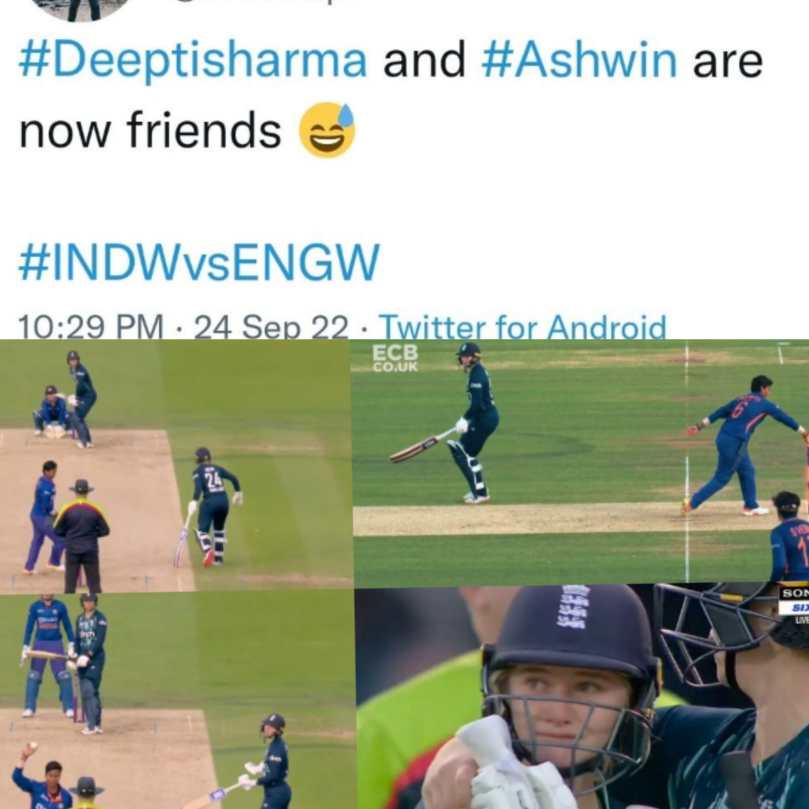 Deepti Sharma Mankad- India-W vs England-W: As the MANKAD ROW once again erupts, the Veteran India offspinner Ravichandran Ashwin is trending all…

Deepti Sharma Mankad- India-W vs England-W: As the MANKAD ROW once again erupts, the Veteran India offspinner Ravichandran Ashwin is trending all over. But this time Ashwin is not the one who has Mankaded someone. It is India’s women cricket star Deepti Sharma. Ashwin has urged the fans to focus on the “bowling hero” after she ran out Charlie Dean at the non-striker’s end. India women’s team completed a 3-0 clean sweep over England in the ODI series after a controversial dismissal by Deepti in the third and final match at Lord’s on Saturday. Watch IND-W vs ENG-W Highlights on InsideSport.IN

Deepti Sharma Mankad: Ravichandran Ashwin HILARIOUSLY ask, why am I trending on twitter today, rather focus on ‘bowling hero’ Deepti Sharma: CHECK OUT

In a low-scoring match, India dominated England throughout the second innings before it reached a tense situation with England, who had lost nine wickets, needing 18 runs off 42 balls.On the third ball of the 44th over,

Deepti ran out Dean at the non-striker’s end after finding the England cricketer leaving the crease before the release of the ball.

This move, which is within the laws, left England visibly aggrieved as the mode of dismissal is seen by many as against the spirit of cricket.

“Why the hell are you trending Ashwin? Tonight is about another bowling hero Deepti Sharma,” said Ashwin.

Why the hell are you trending Ashwin? Tonight is about another bowling hero @Deepti_Sharma06 🤩👏

However, the crowd at Lord’s seemed unhappy and booed India players after the third umpire gave it out. Dean (47 off 80), who was anchoring England, was left in tears but she still went to shake hands with India players.

According to MCC Law 41.16.1 – “If the non-striker is out of his/her ground at any time from the moment the ball comes into play until the instant when the bowler would normally have been expected to release the ball, the non-striker is liable to be run out.

“In these circumstances, the non-striker will be out run out if he/she is out of his/her ground when his/her wicket is put down by the bowler throwing the ball at the stumps or by the bowler’s hand holding the ball, whether or not the ball is subsequently delivered.”

The world cricket governing body, ICC, on September 20 announced changes to Playing Conditions, which will come into effect on October 1. On running out of non-striker, the ICC said: “The Playing Conditions follow the Laws in moving this method of effecting a run out from the ‘Unfair Play’ section to the ‘Run out’ section.” 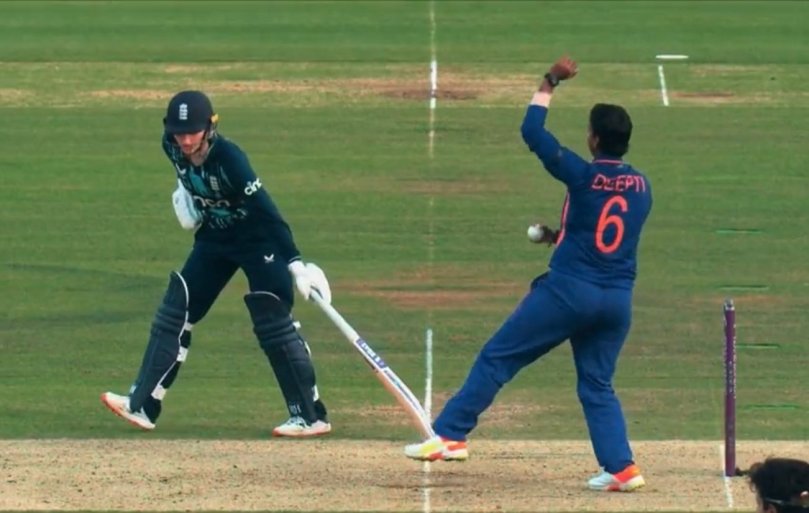