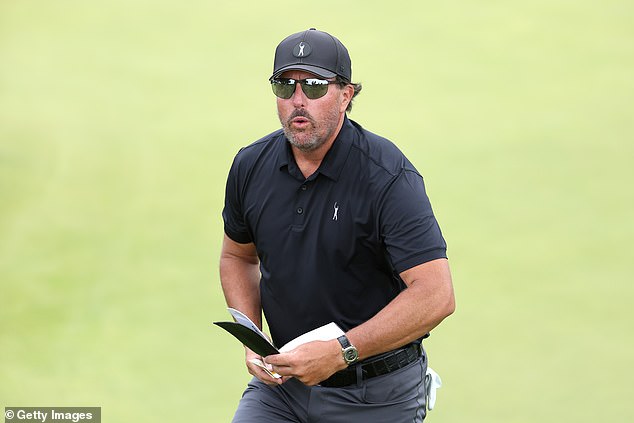 DEREK LAWRENSON: Saudi rebels can thank NBA finalists the Boston Celtics for low-key hostility they received on the opening day of the US Open… but there was certainly no ‘happy birthday’ rendition to Phil Mickelson

Someone screamed out that Bryson DeChambeau was ‘overpaid and over-rated,’ which sounded more like a statement of fact than outrageous barracking. Dustin Johnson was given a police escort to the first tee, just to be sure.

As for the biggest Saudi stooge of all, Phil Mickelson avoided all criticism before his opening blow at the US Open, perhaps because he looked nothing like Phil Mickelson. With considerable stubble, dark shades, logo-free and blowing his cheeks out continuously in gestures of nervousness, his transformation from the cocksure character of old is still taking time to process.

Mickelson was given a reception that was certainly respectful, if hardly filled with the full-throated reverence of old. There was certainly no ‘happy birthday’ rendition to the man who turned 52, as there would have been in happier, less divisive times.

It would have been jarring in any case for a golf crowd to turn on someone on the first tee, bar at the Ryder Cup, and particularly at a venue with the tradition of the original Country Club.

Out on the course, Mickelson (right) came in for sporadic harassment, although only what he would have expected. ‘We used to love you, Phil,’ came one forlorn cry. ‘Hey Phil — greed is good,’ was another.

It’s invariably Friday afternoon, with the weekend in sight and the beers on tap, that the abuse usually flows. To that end, the US Golf Association did their best to limit the damage by giving every one of the high-profile LIV rebels a late tee-time Thursday followed by an early one Friday. 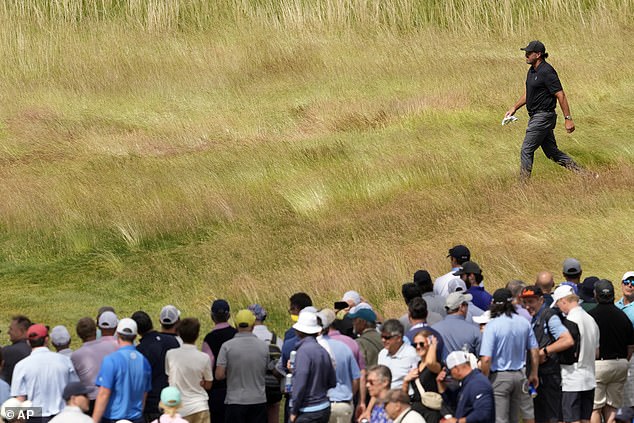 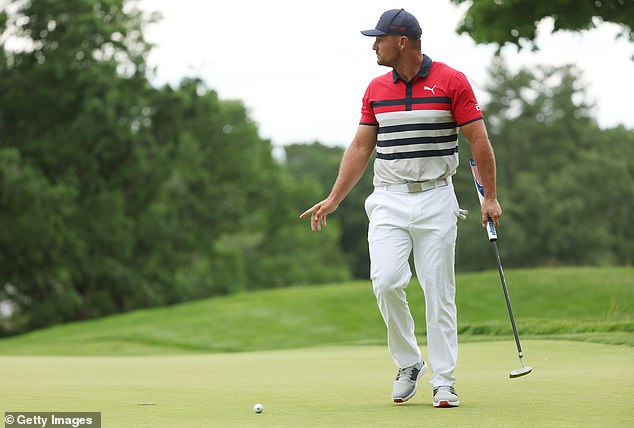 Someone screamed at Bryson DeChambeau that he was ‘overpaid and overrated’ 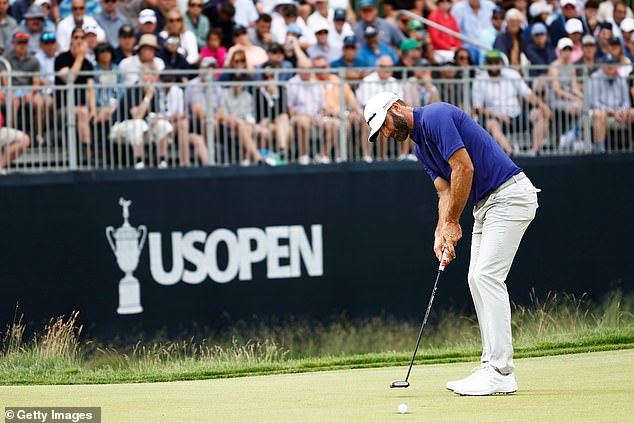 The other thing in the rebels’ favour on Thursday was the fact that Boston’s rowdiest element are currently consumed by another sporting event, with Game Six in the best of seven series of the NBA finals featuring the city’s Celtics taking place in their home arena on Thursday evening.

Speculation regarding the rebel LIV circuit rumbled on, though mercifully in the distance, drowned out by Rory McIlroy’s theatrics. Former Ryder Cup captain and Sky analyst Paul McGinley did his best to counter the disturbing rumour that the DP World Tour, through its CEO Keith Pelley, are looking to do business with the Saudis and ditch their strategic alliance with the PGA Tour.

‘The rumours are that Keith has been playing both sides but as far as I know – and I’m on the board – we’re playing one side,’ he said. 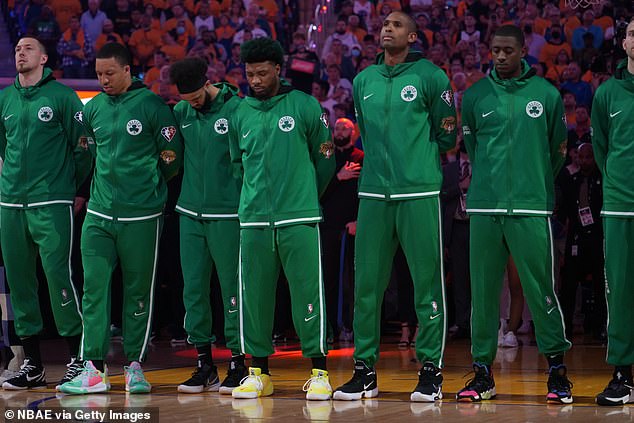