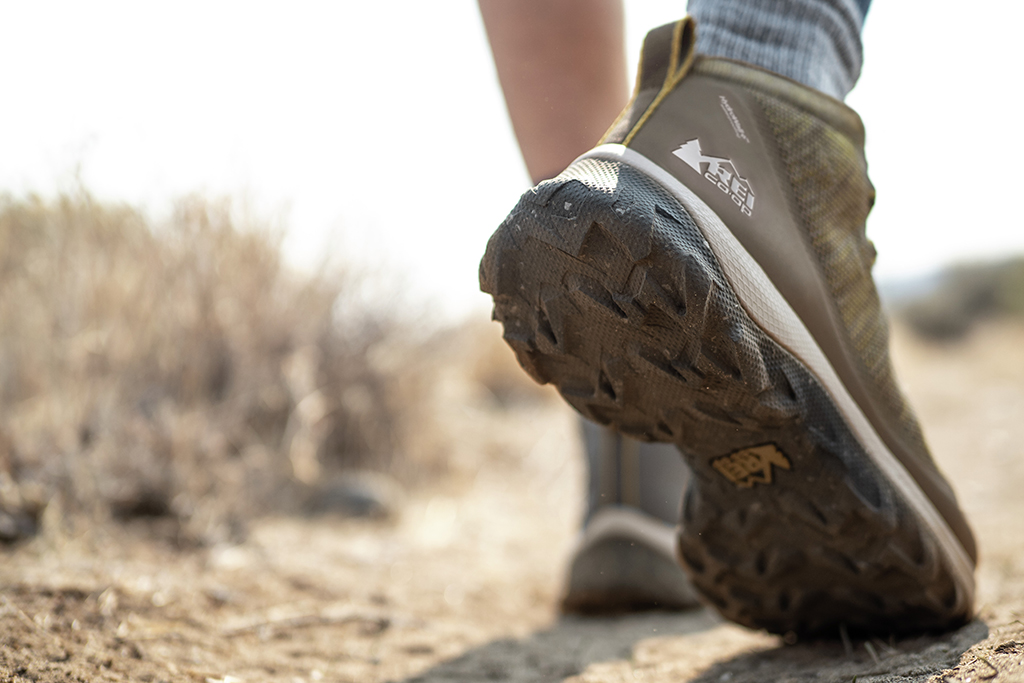 The outdoor participation boom brought on by the pandemic is real, and people are still heading to the outdoors in droves to recreate. But that doesn’t mean they’re willing to spend their money.

According to the survey, out of 2,419 responses from people 18 years old and older received from April 16-18, 69% of U.S. adults plan to participate in one or more outdoor sports or recreational activity before the end of the year. During his presentation, Powell stated this presents “a very strong environment for the outdoor industry.”

The industry insider also cited data from the Civic Science survey detailing the activities people are drawn to, which could reveal the products consumers are buying or interested in buying.

According to the survey, 34% of 2,419 people polled identified hiking and nature-viewing as the most popular type of outdoor activity. The next closest activity is fishing/hunting at 26%. Further down the list is another footwear-focused activity, trail running/jogging, with 13%.

Despite the positive outlook on outdoor participation, there’s a chance it won’t translate to sales.

When it comes to items such as hiking footwear, camping gear, bicycles and kayaks, the Civic Science survey revealed a willingness among consumers to forego purchases. In terms of apparel, 49% of 2,430 people polled in the survey from said they won’t spend any money in the next three months, and 48% of 2,448 people polled said they won’t spend any money over that period on equipment.

And if they’re spending money, it’s likely going to be at a discount. Of the 6,419 people who responded, 42% said they are “very likely” to wait for sales or discounts to purchase items and 38% are somewhat likely — a total of 80% of the people polled.

During his predictions at the end of the presentation, Powell said as some of the old supply chain issues taper off, new ones will arise. He also stated the industry could soon see too much supply that will result in markdowns and promotions.

Speaking with FN after the trend breakfast, Dirk Sorenson, executive director at The NPD Group, doubled-down on Powell’s prediction.

“I think what’s going to happen as we get into the back half of ‘22 is inventory levels are going to start to normalize and/or exceed where they were at pre-pandemic levels, and the retailer is going to have to make some choices as to how to handle and manage their inventories,” Sorenson told FN. “In the last 12 months, we’ve seen a sharp reduction in promotional activity at a retail level. Retailers are going to be invited to return to that behavior.”

Sorenson also said the response to a promotional environment may be innovation.

“The fundamental success in avoiding the consumer’s desire to drive down price or buy products at a lower price is going to be in innovation,” Sorenson said. “We’re seeing that happen in the outdoor space quite a bit. Products are revolutionizing, for example in the water sports footwear category where we’re seeing a lot of new thinking there. That’s how you avoid that race to the bottom of pricing.”

What’s more, although not an answer to a potential upcoming promotional environment, Sorenson said retailers in the space could benefit from make the shopping experience easier on consumers.

“Where we have a real opportunity in this space is to tell a unified story. When you go into the average outdoor retail store, you’ve got your footwear in one area, you’ve got your hydration packs in a second area, but it should really be about telling that unified story,” Sorenson explained. “We don’t do that as well so we’re letting that consumer take their own journey of pulling together all the items they need for a given activity. It would be so much easier for a consumer to walk into a retail outlet and go, ‘Oh, there’s the trail running section, there’s the walking section.’”