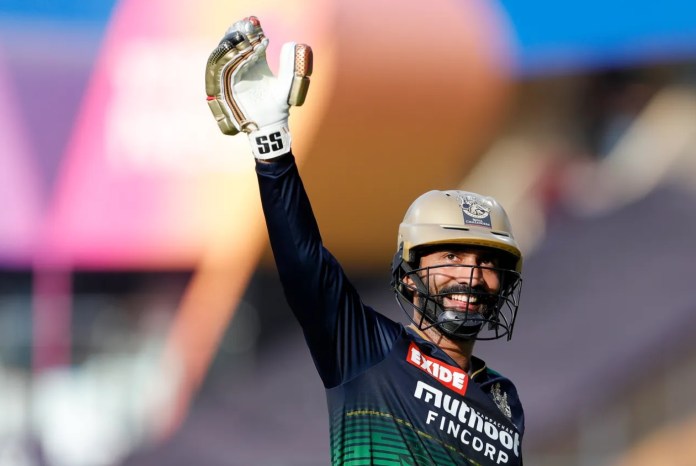 IPL 2022 Live Updates – India Squad for SA T20 Series: Dinesh Karthik 2.0 continues to impress selectors as they assemble in few days to select Indian team for South Africa T20 Series. Karthik is playing role of finisher to perfection. With Super strike rate of 200, Karthik has transformed himself by working very hard before IPL 2022. Target is to make it to the Indian team for South Africa series & T20 World Cup: Follow IPL 2022 LIVE Updates with InsideSport.IN

“I must admit I have a bigger goal. I have been working really hard. My aim is to do something special for the country. This is part of my journey. I have been trying everything to be part of the Indian team”, Dinesh Karthik declared recently.

But how exactly Karthik made this turnaround? Check OUT below:

IPL 2022: Dinesh Karthik with GOAL of India comeback reveals ‘MANTRA of SUCCESS’, BCCI Selector says ‘he will be in consideration for South Africa T20 series’

India Squad for SA T20 Series – Dinesh Karthik Success Mantra, Check how KARTHIK PREPARED FOR IPL-2022: According to Karthik himself, he has worked very hard before IPL 2022. He played local matches in Tamil Nadu with specific targets in mind. He also worked on strength training and did lot of simulation during local matches and practice sessions – all that has helped his cause.

One of the selectors was optimistic about Karthik donning the blue jersey again and making a comeback to the team.

“The door is open to all who have been consistently performing. We have a few series before the T20 World Cup and if he continues to perform, he will be in consideration,” one of the Team India selectors told InsideSport.

Why finisher Karthik should get another chance? India does not have a designated finisher for the upcoming T20 series against South Africa. Deepak Chahar is ruled out for six months due to a back problem. Hardik Pandya is just returning to competitive cricket and has to prove a point with his all-around skills.

Ishan Kishan, the backup wicketkeeper batter to Rishabh Pant has also not been amongst the runs in IPL.

Pant has been tried at the finisher role but is yet to find consistency. Karthik has so far been in phenomenal form in IPL and he deserves one more chance.

Ravi Shastri also has backed RCB’s finisher Dinesh Karthik to make India come back. As the selectors will pick the squad for South Africa series, DK’s name will surely come up as a potential candidate.

But will the selectors pick him for an auction for T20 World Cup?

“With the amount of cricket being played and with injuries that can take place, if you have a good IPL season which I feel he is right in thinking in that fashion. He has started off really hot and if he has a crackerjack of a season, surely he will be in the mix,” said former India coach Ravi Shastri told ESPNcricinfo. 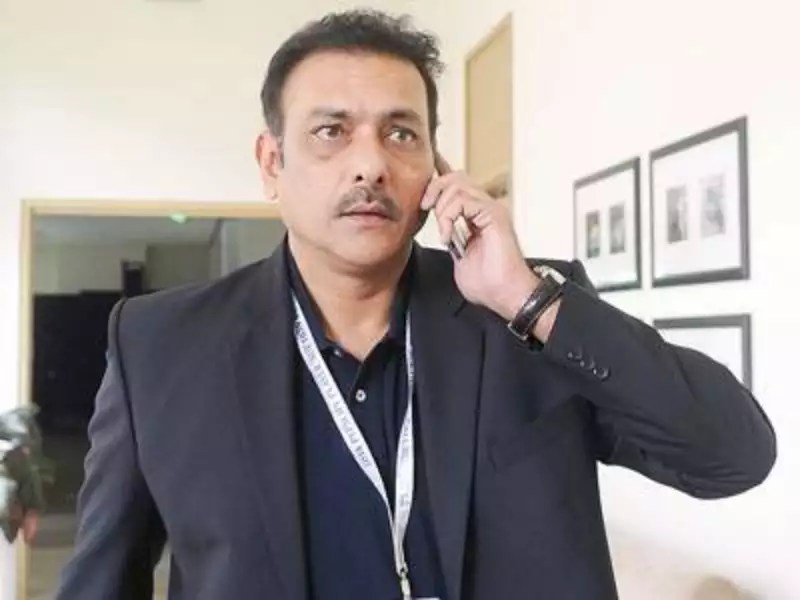 India Squad for SA: Why Ravi Shastri bats for finisher Karthik’s inclusion in the team?