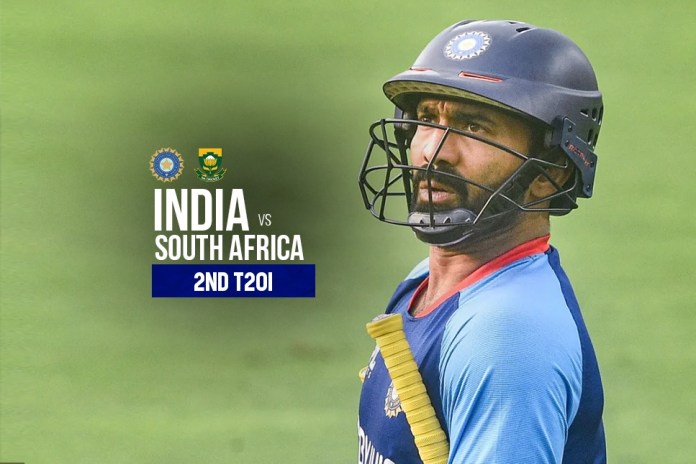 Team India will be squaring off with South Africa for the second Test of the five-match series, here at Barabati Stadium, Cuttack, on Sunday. “India as a cricketing nation, we are blessed because people enjoy how we go about things and they have a certain sense of love and affection for us, especially in the states where do not get to watch international matches, much often. Practising in front of such a crowd is always special and it’s a good feeling,” said Dinesh Karthik in a video posted on the Board of Control for Cricket in India (BCCI) Twitter.

Coming to the first clash, chasing 212 South Africa lost wickets at regular intervals and were 81/3 when David Miller and Rassie Van der Dussen came in for the rescue.

The two batters eventually put up an unbeaten and match-winning partnership of 131 runs for the fourth wicket and brought up their fifties.

Earlier, after being put to bat first, India posted 211/4 in 20 overs. Ishan Kishan smashed 76 off 48 while Hardik Pandya also played the quick-fire knock of unbeaten 31 off 12.
South Africa has a 1-0 lead in the five-match series.