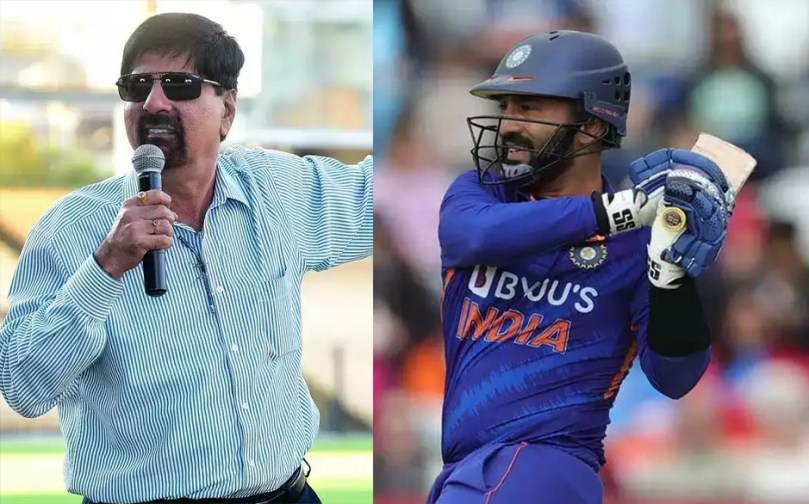 IND vs WI: Dinesh Karthik not a finisher? There is not an iota of doubt about Dinesh Karthik’s role in the Indian team is that of a finisher. In the T20s in 2022, the 38-year-old has put a foot wrong. He scored over 300 runs for RCB walking at number seven, and he has repeated the same dose in Blue Jersey also. Karthik demonstrated his finishing prowess in the first T20I against West Indies, scoring 41 off just 19 balls. His impeccable late-hitting masterclass was hailed by one and all. However, former India selector Srikkanth has given a massive verdict on Karthik’s role in the team. Follow IND vs WI Live Updates with InsideSport.IN.

“Your definition of a finisher is wrong. Yes, Dinesh has been doing very well. He has been brilliant in the IPL and a few matches here. But that is not a finisher! A guy who can take the match from 8th or 9th over and finish it can be called a finisher. What Dinesh is doing can be called final touches. Srikkanth said on FanCode during the third Twenty20 between India and West Indies. 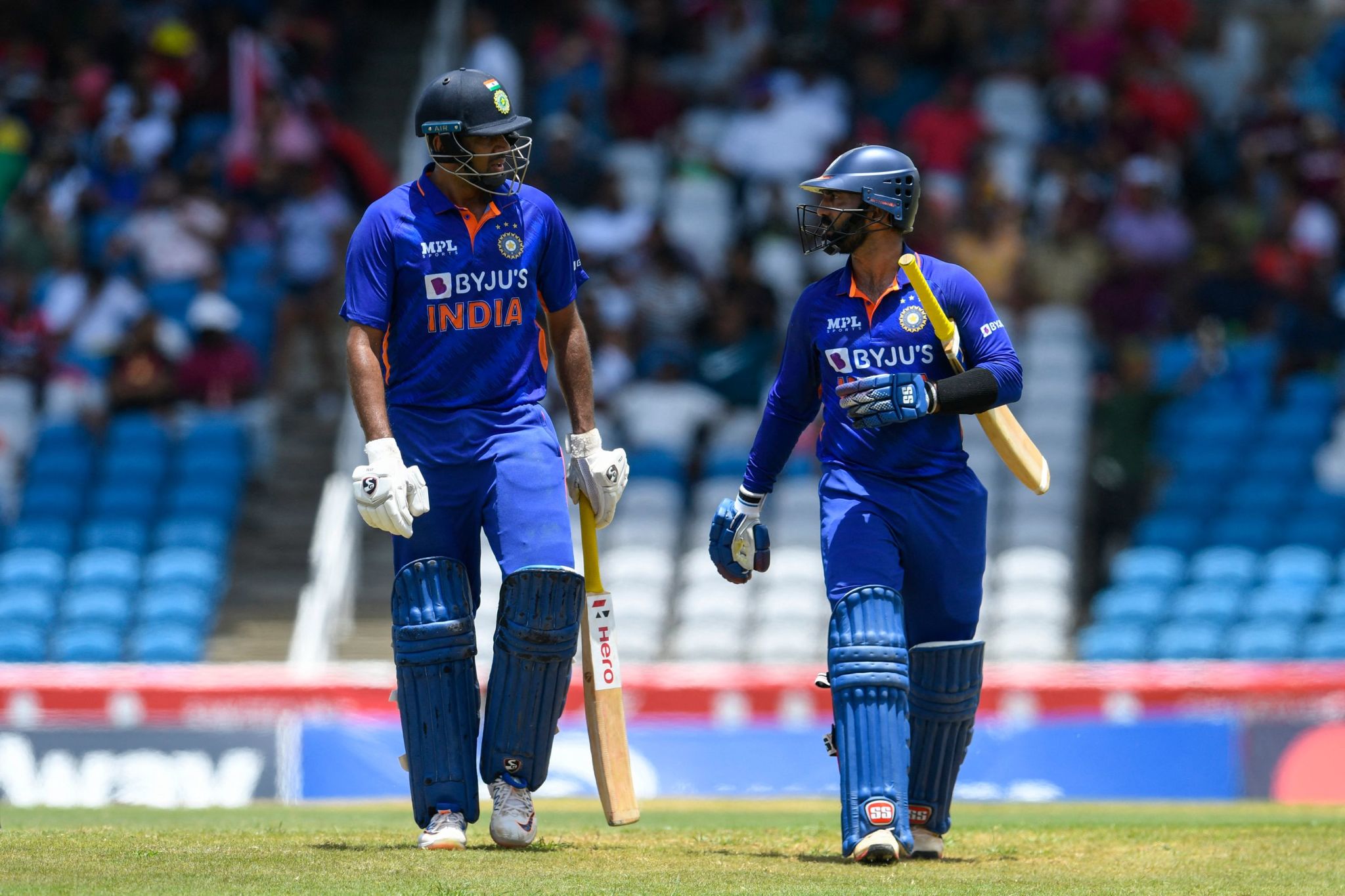 IND vs WI: Why does Srikkanth feel Karthik is not the finisher of the side?

“An actual finisher doesn’t play between 16-20 overs. A finisher is a guy who takes the match along from 8th or 9th over and eventually finishes with 60 odd runs. Dinesh’s role is defined. He is doing fantastic, but he is fine-tuning the finishing role instead of actually being a finisher,” Srikkanth added.

Dinesh Karthik Finisher Role: Is the Karthik a certainty in the T20 World Cup squad? 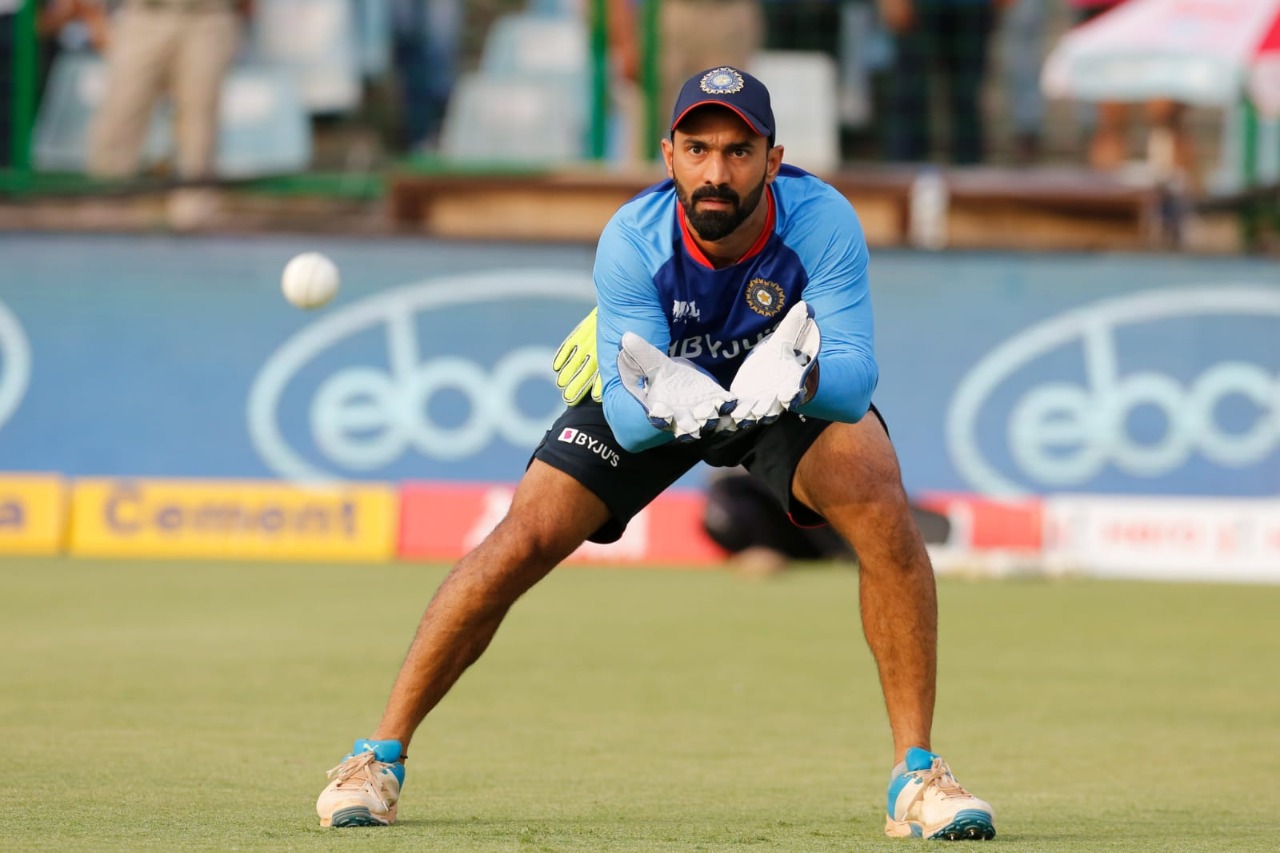 After Karthik’s breezy 41 innings in the first T20I against West Indies, InsideSport team reached the BCCI selector, and he said that no one can stop the veteran wicketkeeper batter from playing the T20 World Cup.

“Who can stop Dinesh Karthik now? He is a certainty now for T20 World Cup in Australia. He is consistent in his approach and most importantly consistently delivering via his approach. His experience will now be a big asset”, said the BCCI selector on condition of ano

Why Karthik is now a certainty for India T20 WC Squad? Karthik has over the last couple of years developed a reputation as a finisher. His resurgence started with IPL 2022.

IPL 2022: He had a fine IPL 2022 season with the Royal Challengers Bangalore. He finished with the best strike rate in the tournament and was recalled into the India side.