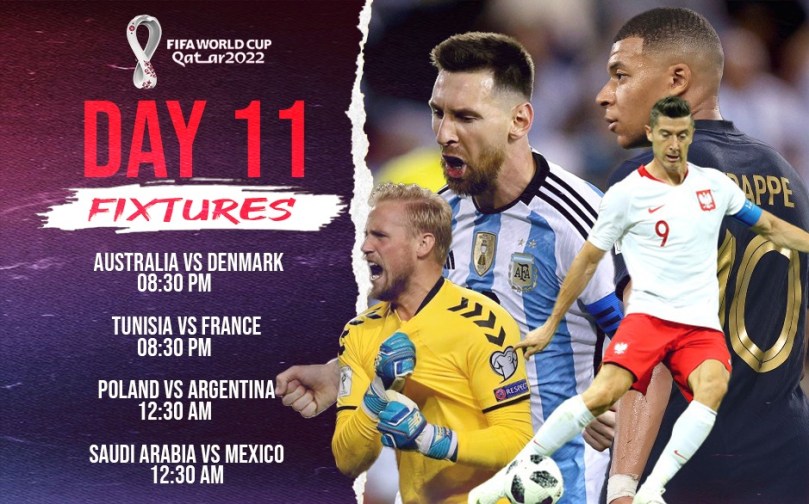 FIFA World Cup 2022 LIVE: In a blockbuster Wednesday, four games will decide the fate of 7 teams. Kylian Mbappe-starrer France are the only team that can relax in Group D as they have already qualified for Last 16. However, Lionel Messi’s Argentina and Robert Lewandowski’s Poland are still fighting for the knockout berths. Group D is up first with Tunisia vs France and Australia vs Denmark at 8:30 PM. In Group C, Poland vs Argentina and SaudiArabia vs Mexico will be at 12:30 AM. Sports18 will have FIFA WC LIVE Broadcast. Watch FIFA WC LIVE Streaming LIVE on JioCinema & Follow FIFA World Cup LIVE updates on Insidesport. 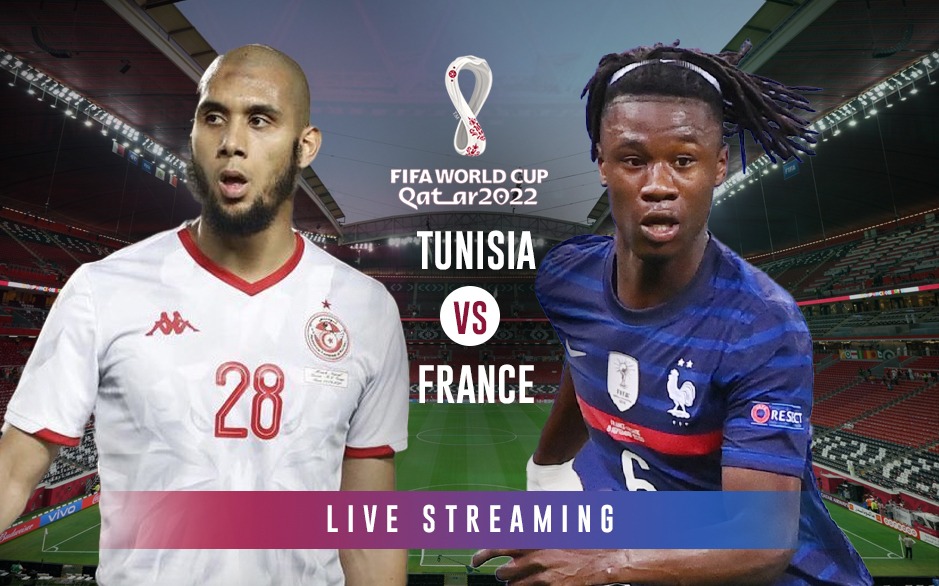 Tunisia vs France LIVE: The defending champions France have begun on the right note in Qatar so far. They have aced the champions curse, becoming the first team to book Last 16 slot. With two wins, they seat atop Group D with 6 points. They take on Tunisia on Wednesday at 8:30 PM IST. But considering France would want to avoid a strong team, Kylian Mbappe & Co would want to maintain an all-win record.

However, for Tunisia, a win looks unlikely but they will certainly give it their all. Having already held Denmark to a draw, Tunisia would be upbeat to challenge star-studded France.

Tunisia vs France Head-to-Head: France lead 2-1. In last five games, France have won and drawn twice. They last lost back in 1971. 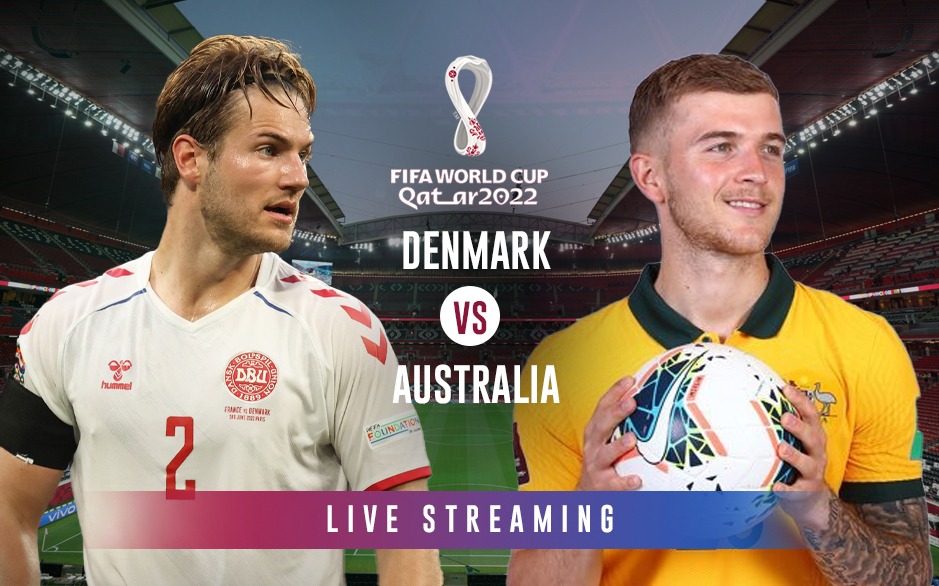 Australia vs Denmark LIVE: Denmark are in a must-win situation. In the winner takes it all contest, the loser of the clash will bow out. A draw would Australia qualify as Denmark have lost one and drawn one. Hence, for Christian Eriksen’s side, it’s about keeping the faith. They have to beat Australia and hope that France beat Tunisia.

Meanwhile, the Socceroos are in a better place. All they need is a draw and hope France beat Tunisia. But if Australia draw and Tunisia somehow pull off and upset over France, they will be in trouble. Hence, the Men in Yellow would want to get the job done with three points.

Australia vs Denmark Head-to-Head: Denmark lead 2-1 in their last 5 outings. Australia’s last win came in 2007. The other two have ended in draws. 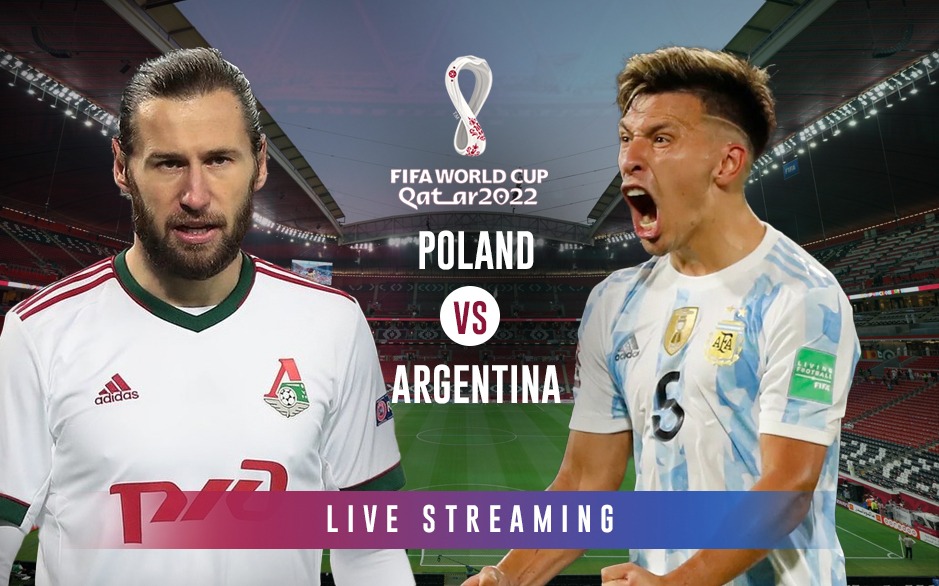 Poland vs Argentina LIVE: In what will be Lionel Messi’s last dance at a FIFA World Cup, Argentina are on the brink. After a shocking loss to SaudiArabia, Argentina are now in a must-win situation. They have to win. A loss could send them home if Mexico beat Saudi Arabia. Even a draw could put them in jeopardy if Mexico win by a 3-0 margin. Argentina have bounced back with a 2-0 win over Mexico. But they are not out of the woods.

Meanwhile, for Robert Lewandowski’s Poland, a draw will be enough. Even if SaudiArabia pull off another upset over Mexico, 5 points will guarantee them top spot. But a loss could be devastating. If Saudi or Mexico win, Poland could get knocked out after a loss. 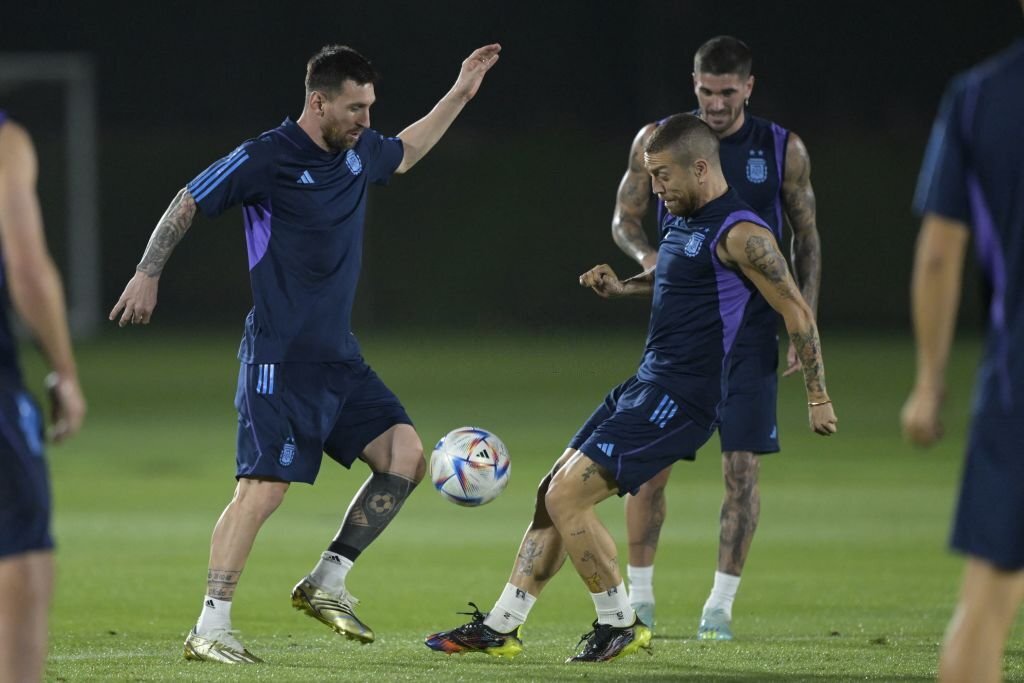 Poland vs Argentina Head-to-Head: Argentina lead 6-3 against Poland in 11 games. Argentina last lost to Poland back in 2011 in a friendly. Since then, they have not faced off. 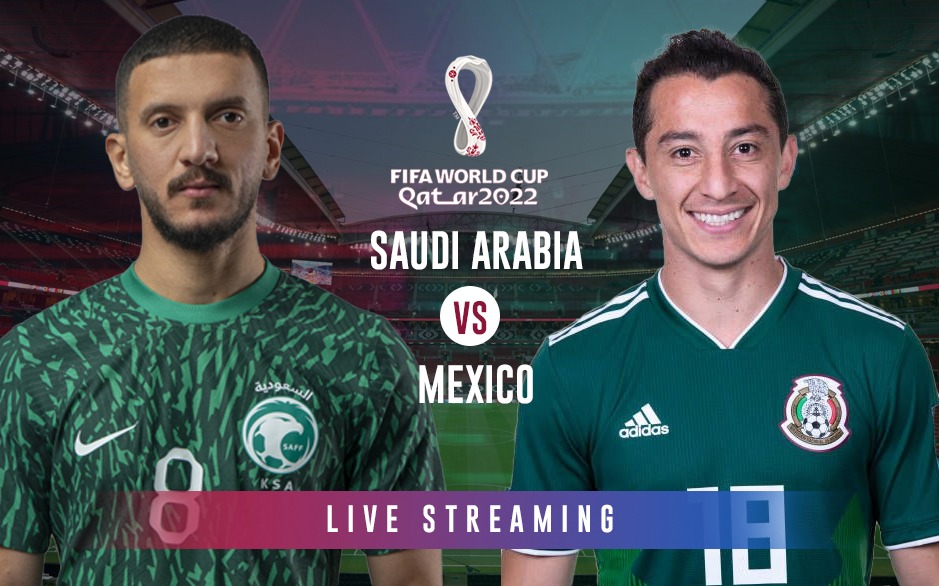 SaudiArabia vs Mexico LIVE: Meanwhile, SaudiArabia are eying history. After already pulling off a major upset, the Asian side is aiming for their first-ever knockout berth with a win over Mexico. Although things did not go as per plans against Polabd, they will aim to bounce back. While Saudi can qualify for Last 16 with a draw if Poland beat Argentina, they would want to eliminate that. For Mexico, the equation is simple: beat Saudi and hope Poland win against Argentina. If Argentina win, Mexico need to win by at least 4 goals.

FIFA World Cup: What does this match mean for both teams?

SaudiArabia vs Mexico Head-to-Head: However, SaudiArabia are yet to beat Mexico. In 5 matches so far, Mexico have a 4-match win record. The other match ended in a draw. The last time two sides faced in 1999 Confederations Cup with Mexico thrashing Saudi 5-1.

In India, the Sports18 network has the rights to show World Cup games on TV. Live streaming is on JioCinema.