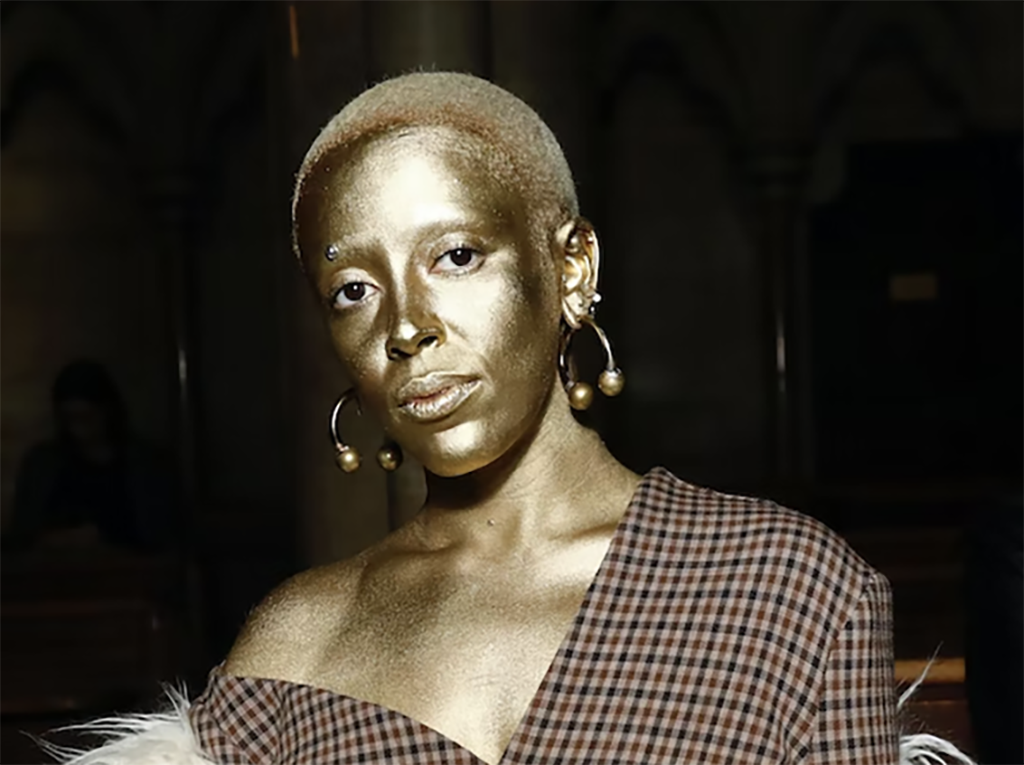 With her body painted gold, Doja wore a two tiered, plaid brown blazer with shiny buttons trailing down the front. Doja had fans seeing double, the hemline of the top repeated directly below it for added dimension. Her bottoms were much like the top, featuring the same pattern set on a chocolate brown background.

Overtop the neutral set, the Los Angeles native layered a Simon Miller textured brown vegan leather with fuzzy white shearling trim. Although this might be the most severe look Doja has pulled, the star has been serving wild makeup looks since the start of fashion month.

When it came to footwear, the “Kiss Me More” singer’s footwear was not visible. However, it’s likely they consisted of lace-up platform boots or pumps with Oxford-style uppers, as seen on numerous Browne guests during the show. The musician also appeared to pause when her heels caught on her dress’ long train — prompting her to blow a kiss at the attendant who picked it up — suggesting they were undoubtedly sky-high.

The occasion also serves as a platform for independent brands, including Calvin Luo, Vaquera, Koche, Undercover and Ludovic de Saint Sernin. The event will notably host the first Issey Miyake fashion show since the late designer’s passing in August.

PHOTOS: See more of Doja Cat’s most daring style moments over the years.