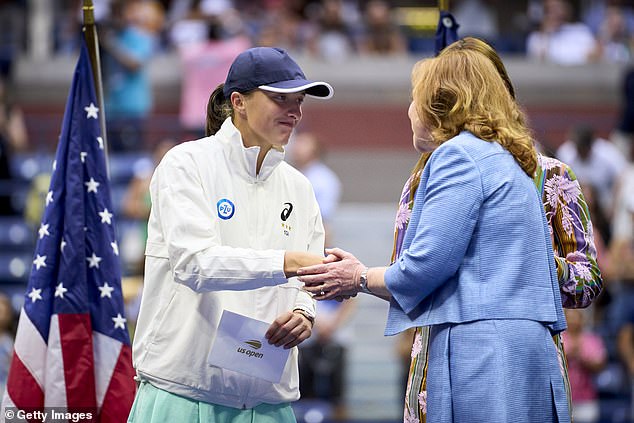 ‘I’m really glad that it’s not in cash’: Down-to-earth Iga Swiatek’s hilarious response after being handed her $2.6M winnings in an envelope after lifting the US Open trophy in New York

Iga Swiatek joked that she was ‘really glad’ her $2.6million US Open winnings were not in cash after she was surprised to be handed an envelope with her prize in after lifting the trophy on Saturday night.

The Polish world No. 1 was far too good for her opponent Ons Jabeur in New York, winning in straight sets, and there was a party atmosphere inside Arthur Ashe as fans celebrated her brilliant victory.

After lifting the trophy, Swiatek appeared surprised to be handed an envelope containing a check for $2.6m, joking: ‘Thank you. I’m really glad that is not in cash.’

Iga Swiatek receives an envelope with her check for $2.6m after winning the US Open 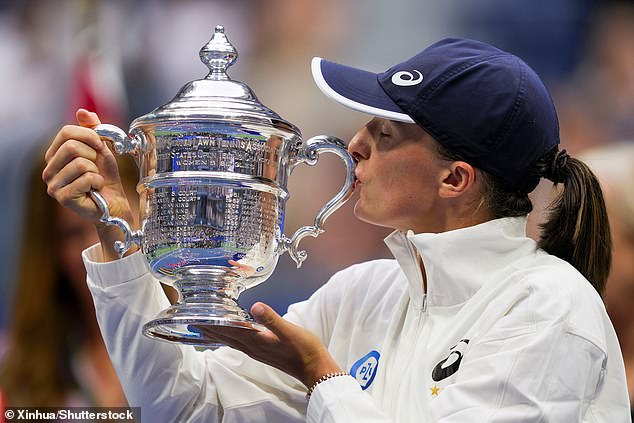 Swiatek was just too good for Ons Jabeur, beating her in straight sets on Arthur Ashe

Both the men and women at the US Open receive the same prize money in the singles, with either Carlos Alcaraz or Casper Ruud set to receive the same envelope on Sunday after the conclusion of their match.

Saturday’s loser in the final, Jabeur, will still take home a cool $1.3m for making it to the Arthur Ashe showpiece.

‘I’m just not expecting a lot, especially before this tournament, it was such a challenging time. Coming back after winning a grand slam is always tricky,’ she said.

‘For sure this tournament was really challenging. It’s New York, it’s so loud, so crazy. I’m so proud that I could handle it mentally.’

Turning to Jabeur, the Pole said: ‘I know this is already a pretty nice rivalry. I’m pretty sure we’re going to have many more and that you’re going to win some of them so don’t worry.’ 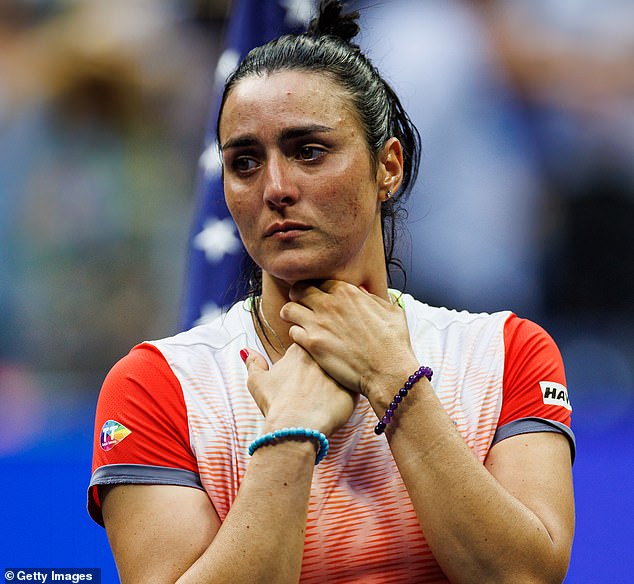 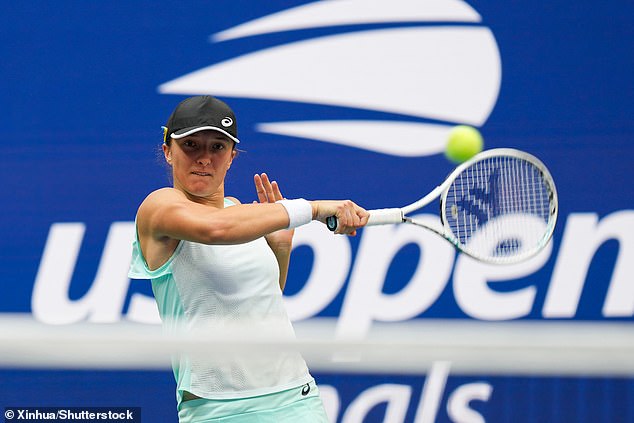 Swiatek is already the world No. 1 and consolidated her place above the competition in NYC

A rueful looking Jabeur said: ‘I want to thank the crowd for cheering me up. I really tried but Iga didn’t make it easy for me. She deserved to win today. I don’t like her very much right now but it’s OK.

‘An amazing two weeks, backing up my final in Wimbledon. I’m going to keep working hard and we’ll get that title sometime soon.

‘I try to push myself to do more. Hopefully I can inspire more and more generations. This is just the beginning of so many things.’